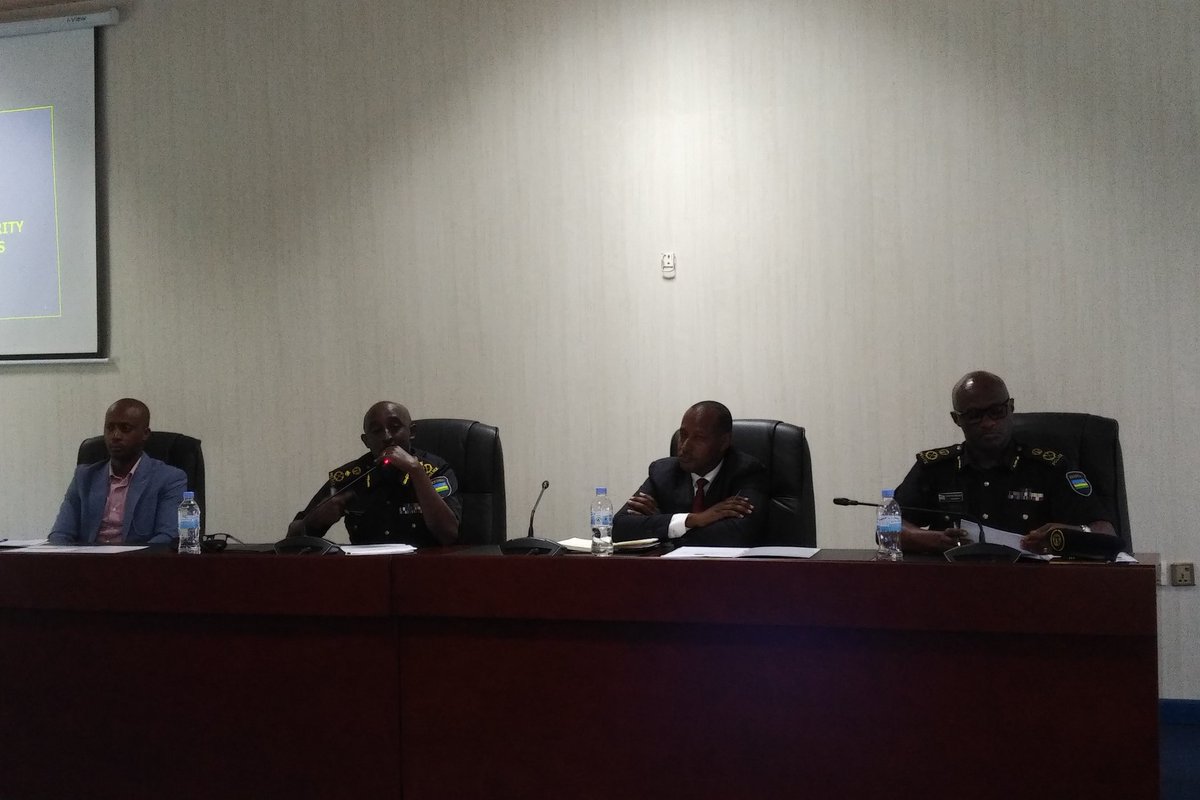 RNP and private security companies in a meeting – November 6

Among the shortfalls areas RNP has identified among the private security companies includes; lack of proper training ground and security equipment, ineffective supervision and recklessness in searches.

Other weaknesses includes; deploying only one staff to check both male and female at checkpoint, poor welfare of security personnel and recruiting security officers without going through the usual vetting process.

The meeting aimed at reviewing and improving the standards of private security services.

Commissioner of Police (CM) Jean Bosco Kabera, the police spokesperson told KT Press that private companies are supposed to have all the requirements for operations including; uniforms, internal rules and regulations, professional trainers, recognized offices, among others.

“Through enhancing cooperation with private security companies, police will tighten supervision in all requirements for the betterment of the service delivered,”Kabera told KT Press.

Kabera said that RNP has the mandate of inspecting all the operations and conduct of the licensed private security companies.

“There is no exact time of supervising and auditing companies, it will be anytime because it is a police mandate and continuous policy,” CM Kabera said.

According to Police, there are 16 licensed private security companies operating in the country, 24 others have applied for an operational license which is pending official approval.