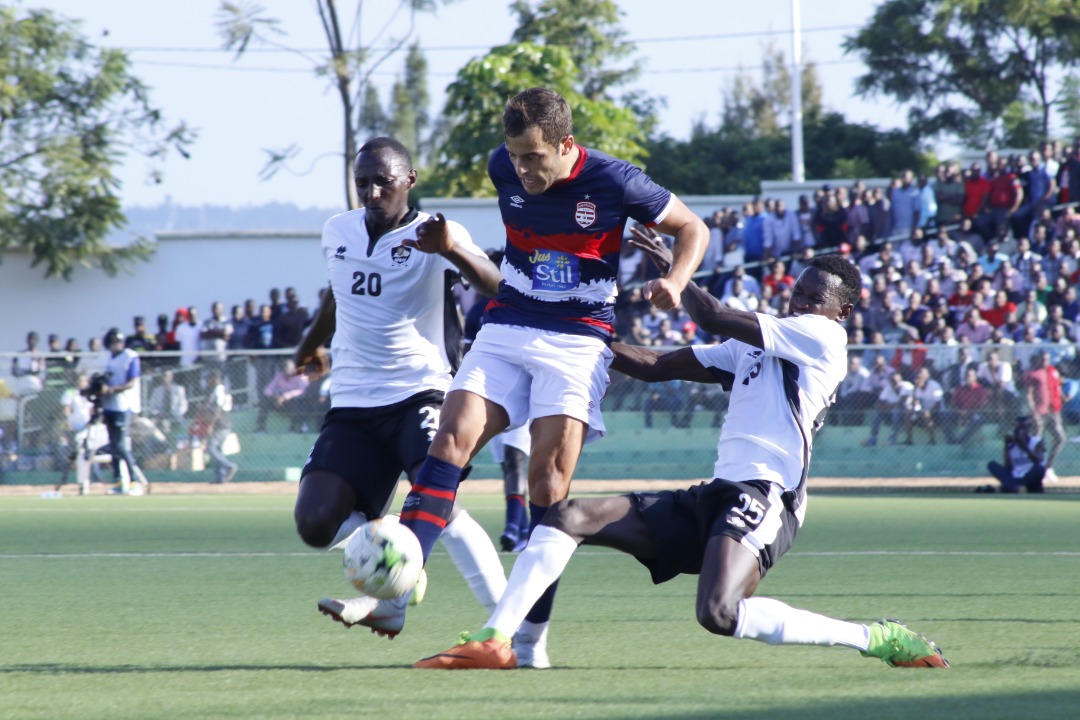 Azam Rwanda Premier League clubs, APR FC and Mukura VS managed goalless draws in the first leg of the preliminary round of Total CAF Champions League and Confederations Cup on Wednesday.

At Stade de Kigali, defending Azam Rwanda Premier League champions APR FC settled for a goalless draw against Tunisian side Club Africain as both sides failed to find the net in game which was marred with few goal scoring opportunities.

APR FC’s best chance came from Hakizimana Muhadjiri who had two attempts saved while substitute Issa Bigirimana had a header powering past the goal post.

The result puts the military side in a challenging position as they are now required to register an away victory against Club Africain who will be hosting them on December 5 at Stade Olympique de Radès in Tunisia.

The last time both sides faced in 2011, both sides played a 2-all draw in Kigali before the military side registered a 4-0 win away in Tunisia.

This was Mukura VS’s first continental game since 2000 when they last featured in the Caf Confederation.

Mukura showed early intent as striker Frodouard Twizerimana was trapped off-side as the visitors looked to get an early goal away from home.

The first attempt on target came in the ninth minute as Gael Dhayindavyi looked to catch Badra Ali Sangare out with a shot from outside the box but the Stars keeper was untroubled.

Mukura VS had a glorious chance to go ahead after 15 minutes, but Twizerimana, after brilliantly rounding Sangare, could only find the side-netting with the goal at his mercy.

Just before the break, the hosts almost stole the lead as Omar Rwabugiri’s attempted punch ricocheted off his own defender and back towards goal, but Iddy Saidi was on hand to clear off the line.

Mukura coach Francis Haringingo had seen enough before half-time and made his first substitution in the 43rd minute, introducing a second striker Jean Iradukunda for midfielder Innocent Nizeye.

Stars controlled proceedings for much of the second half as the altitude looked to have affected the Rwandans, but failed to capitalise on their increased possession.

The home side had the likes of Yusuf Jappie and Sinethemba Jantjie spring to life as they combined well up front but were both let down by wayward finishing in and around the 18-yard area.

However, the second 45 minutes did not fare any better as neither side could find a goal as the first leg encounter ended goalless in Johannesburg.

The away result puts Mukura VS in a pole position to qualify should they win by any goal margin the home leg due on December 5 at Stade Huye in Huye District. The Christian Haringingo led side return back to Kigali on Thursday evening.

The winner on aggregate between Mukura VS and Free State Stars will take on Sudanese club Al-Hilal Al-Ubayyid in the first round tie.