In 2000, Alexis Sibomana opened a footwear shop at Kimisagara Market in Kigali City, expecting to earn huge but 15 years later he was still wondering whether he took the right direction.

It was until 2015 when a friend introduced him to a platform that his life got real sense and direction for good.

“He welcomed me to a Whattsap group called Buy and Sale. At that time, guys were entering just to date girls on the platform, but once I joined, I took good use of the group’s brand name and started promoting my products,” Sibomana said.

“A few days later, the man who introduced me to the group left it because he was not gaining anything out of it but for me, I remained.”

The man recalls that at first he posted a pair of men’s shoes and suddenly, three clients placed their order.

They concluded the deal and ever since, he started hunting business oriented social media platforms which are helping him make a fortune.

Whenever Sibomana posts a new product on social media platform, he bargains with interested clients and agree on delivery terms and conditions before wrapping up the deal.

In most cases, he does home delivery wherever possible or by courier.

“The best thing of it, while sited in Kigali, I operate on a nationwide market,” he said, disclosing to KT Press that his monthly earning has increased to Rwf 600,000 from Rwf 200,000 in barely three years.

The fact is, he is no longer selling via one platform.

“Whenever I post a product, I am sure it is exposed to a market of more than 56,000 clients,” he said claiming to be on 220 WhatsApp groups with 56 thousand members all combined since one group has 256 members.

“My conviction is that any Rwandan who has access to internet is my client,” he said.

Part of the 220 WhatsApp groups Sibomana belongs to, are 31 groups that were born from his initial group – Buy&Sell.

From one Whattsap group, Buy and Sell grew to become a company called Mucuruzi Online Market Ltd, which also owns a website named after www.mucuruzi.com.

According to Jean Claude Ukuri, the owner of Mucuruzi Online Market Ltd, these groups have a diversity of members from small to big enterprises.

He told KT Press, that the group is a good platform linking buyers and sellers without middlemen.

“Every member is free to sell and buy from one platform, but for a businessperson who wants to carry his or her businesses on all our WhatsApp platforms, they pay us Rwf 10,000 per month,” he said.

Ukuri claims to have created these platforms just for helping internet users in Rwanda to make good use of their time, but also in a bid to earn from his friends on social media.

“There is no more pleasure than serving your community,” he said, declining however to disclose what could be his monthly income from these platforms.

People who joined business platforms or created them believe that time has come for small business to get rid of renting space in Kigali commercial houses while embracing social media business.

From 2016, Hilson Umurungi, a TV presenter also took an initiative to create a platform for business purpose after realizing most of her friends were wasting time on WhatsApp talking no sense. 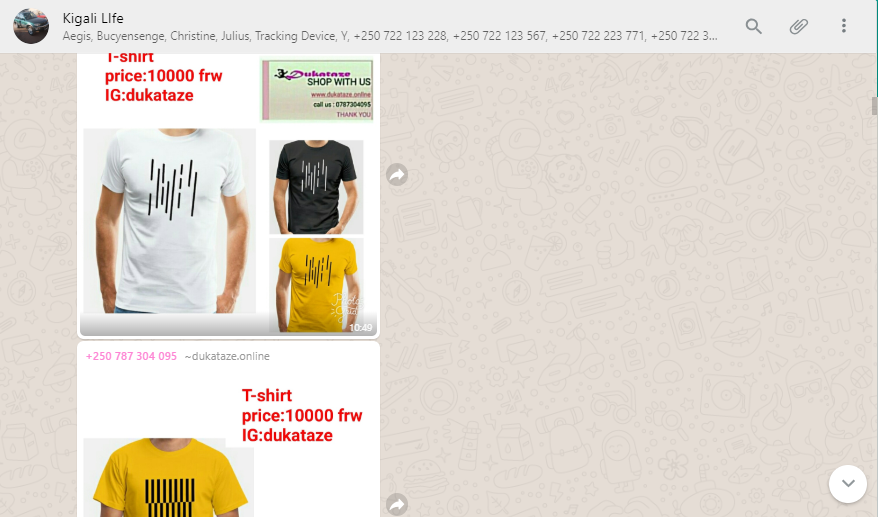 Since then, she created 8 whatsapp groups with each having 256 members and started motivating to post products so that they could buy and sell among themselves.

“I initially didn’t think of making profits from the groups, but after creating them they turned me into a middleman,” Umurungi told KT Press.

Umurungi said the groups kept her informed on where different products could be found and whenever she came across someone who needs to sell a product for quick money she could link them up with buyers.

“Some are rude, lack capacity to attract buyers or simply don’t understand their potential,” he said.

For Sibomana, carrying business on social media can be sometimes challenging since “some clients are not honest. At times you send them products expecting them to send money in return, but they don’t and you don’t have where to appeal.”

Hilson Umurungi confesses that marketing on social media is sometimes linked with disappointment. 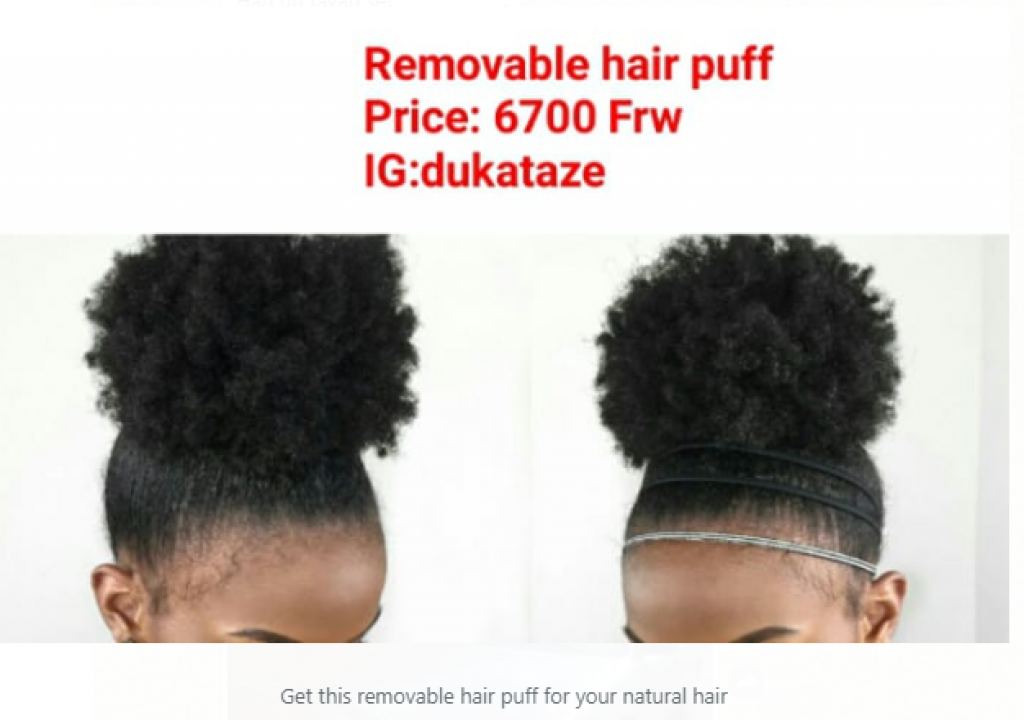 “Sometimes that product is completely different from how it is presented in the photo posted on WhatsApp,” she said.

Meanwhile, a number of sources told KT Press that they are very cautious when it comes to buying items from social media.

“Given the growing trend of conning people, I never dared buying items on social media. I am afraid the end could be worse,” Alexis Namahoro told KT Press.

“Whenever I find link to join a marketing group on social media, I immediately press delete.”

For Eugene Sibomana Kamuhanda, a resident of Kigali, buying from social media is awesome in this digital era since you get a variety of products and compare prices without living your office or your home.

However, he is worried about lack of regulation in this new business trend.

“There is no law providing for this business here in Rwanda. It all ends with service providers and buyers on social media,” he said.

“In case, you are conned, it is not easy to find justice.”

Didier Nkurikiyimfura, Head of Technology and Innovation at Smart Africa Secretariat believes that the new social media marketing trend “is a good thing because it helps people to improve transactions.”

He also said; ” it helps businesses to grow.”

However, Nkurikiyimfura tells the general public to be cautious, “because internet being a tool, some people using it can be at times ill-intended. It is important to make sure that you are engaging with the right person with genuine offer.”