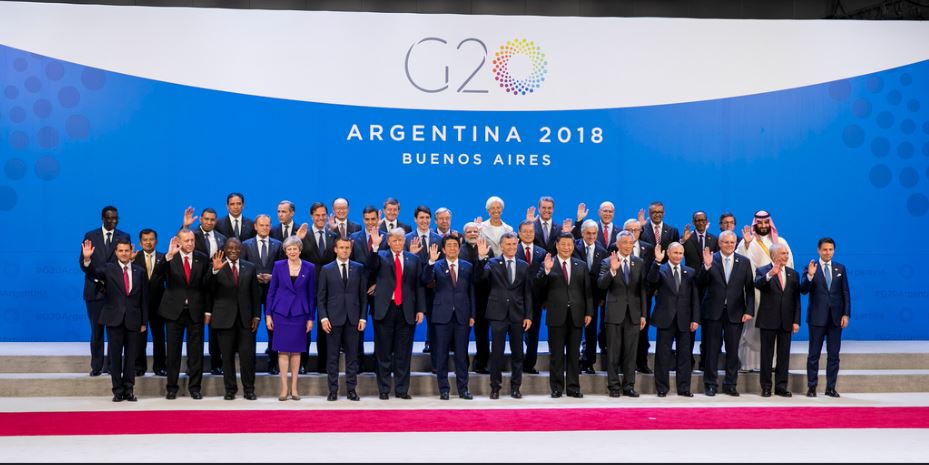 President Paul Kagame has called upon the world to ratify the Kigali amendment to the Montreal Protocol which phases down the use of hydrofluorocarbons (HFCs) to fight against climate change.

HFCs are greenhouse gases which can have high or very high global warming potentials.

They are used mainly in refrigeration, air conditioning and heat pump equipment and are thousands of times more harmful to the climate than carbon dioxide – CO2.

In response to the rapid growth of HFC emissions, the 197 parties to the Montreal Protocol adopted the Kigali Amendment in 2016 to reduce gradually their global production and consumption.

The Kigali Amendment will enter into force on 1 January 2019, provided that it is ratified by at least 20 Parties to the Montreal Protocol (or 90 days after ratification by the 20th Party, whichever is later).

On the second day of Group of Twenty (G20) summit that concluded in Argentina, President Kagame reminded said G20 members should be part of this vital environmental campaign.

“First, on climate change, where recent scientific reports have highlighted the increasingly dire situation, there is one concrete action that can be taken by G20 Members, and all of us: Ratify and fully implement the Kigali Amendment to the Montreal Protocol, which phases down the use of hydrofluorocarbons (HFCs). Fewer than half of the G20 members have done so,” Kagame said on Saturday.

Thirty days before the protocol comes into effect, Kagame reminded that implementing the Kigali Amendment would prevent 0.5°C of temperature increase by 2100, a major contribution toward the Paris Agreement goal.

The in other areas, president Kagame also congratulated the host – Argentina for putting forward a woman

“I wish to applaud President Macri and Argentina for placing women’s empowerment at the top of the G20 agenda this year. Addressing the structural barriers that keep women from participating fully in the economy would guarantee a more prosperous and productive future for all of us,” the president said.

“It starts with a mindset change that no longer accepts the marginalisation of women as something normal or inevitable.”

As current chairperson of the African Union, Kagame said that Africa has trust in the global financial and tax system.

“Including Africa in mechanisms to automatically share tax information is a vital tool in the fight against illicit financial flows, which cost Africa around $50 billion a year,” Kagame said.

Meanwhile, after the closure of the G20 summit, President Kagame headed to South Africa for the “Global Citizen Festival: Mandela 100” organised to mark the 100th anniversary of Nelson Mandela’s birth and honour his legacy, particularly his call to “Be The Generation to End Extreme Poverty.”

Global Citizen is a media and advocacy organisation based in New York that engages young people around the world to achieve progress in line with Sustainable Development Goals (SDGs).

At a SDG Reception hosted by Prime Minister Erna Solberg of Norway and President Nana Akufo-Addo of Ghana, Kagame recognised the hosts for their efforts and commitment to achieving the Sustainable Development Goals.

Kagame said, that the energised network Global Citizen has created, “is a good example of the support that the SDGs continues to attract.”