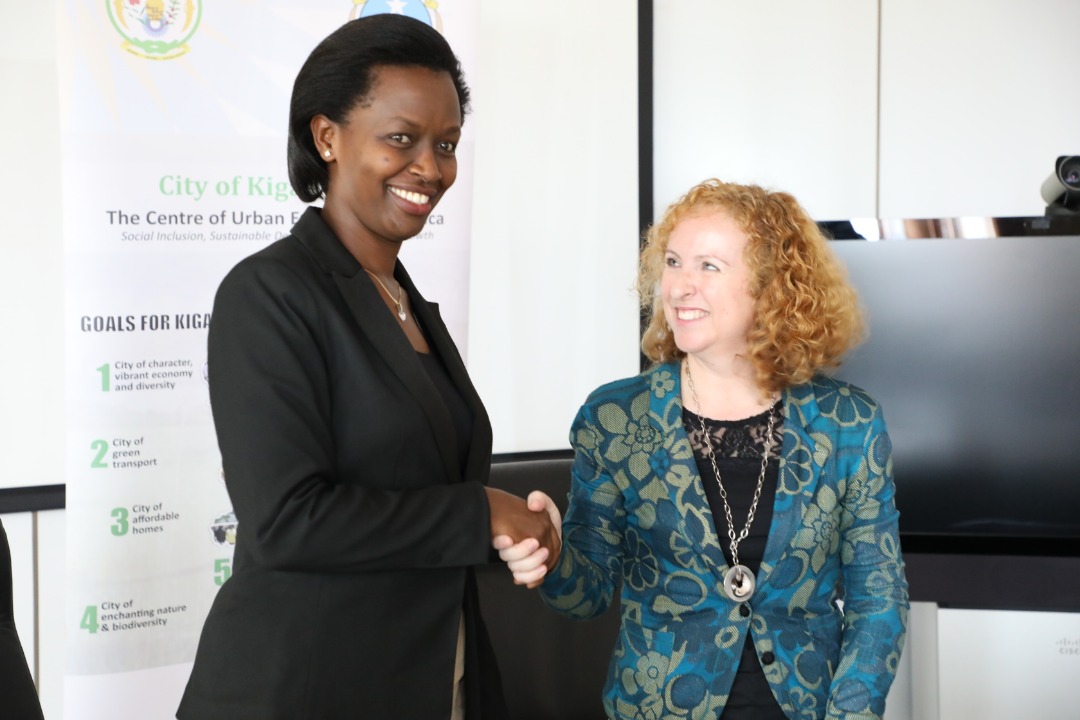 Rwandans who dream to visit Barcelona, the capital city of Spain with rich history of football may soon start enjoying the good cooperation of capital cities of both countries – Kigali and Barcelona.

Kigali and Barcelona City signed a memorandum of understanding (MoU) which will allow both cities to share knowledge and skills of developing smart cities using technology, entrepreneurship, gender based skills, among others.

According to terms of agreement, both cities will form a team of technicians that come from Kigali and Barcelona city to learn from each other and depict areas of cooperation.

Marie Chantal Rwakazina told KT Press that “By this agreement we shall be able to realize better areas of cooperation with Barcelona city. We are looking for the solution to the alarming urban unemployment, so we shall see how we can fight this together.”

“First of all, we are going to establish our technical  team that will learn where Barcelona is good at, select areas of cooperation, also this team will purposely advise on what should be done to get smart cities by learning from each other,” Rwakazina told KT Press.

“Barcelona City is well known for football, but also has best urban technology that we need to learn and use, so this MoU comes as a uniting factor.”

According to Sanchez, “this agreement comes to open many areas of cooperation between Barcelona and Kigali City including; entrepreneurship skills and gender equality that Kigali is good at”.

“We are also going to share experiences on how to curb unemployment using technology, but it needs to first of  all teach young generation on using technology to create their own jobs” Sanchez told KT Press.