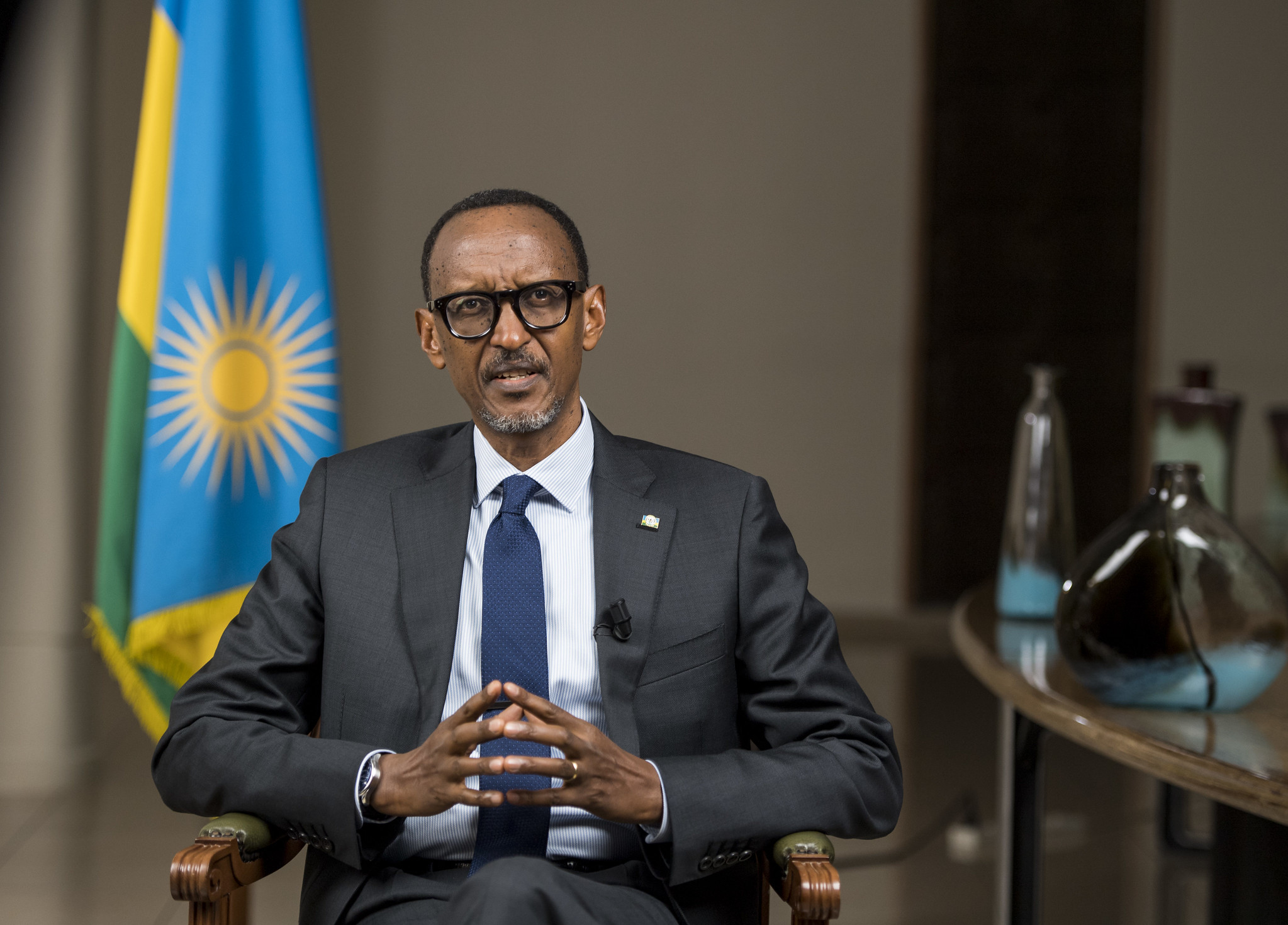 Rwanda’s President Paul Kagame has said he does not see any possibility of war between Rwanda and Uganda – clearing the air on rumours boiling up that it is inevitable.

Relations between Rwanda and Uganda have gone sour with diplomatic tensions hitting up.

Rwanda has, in several occasions, submitted complaints to Uganda over hundreds of Rwandans it says are illegally detained by Ugandan authorities, among others.

Speaking in an interview with a German Newspaper TAZ, Kagame said a war is impossible because both countries very well know they will lose.

“People fear fighting between us. I don’t see it coming because I think Uganda understands the cost of it. We don’t want to go down that road because everyone will lose something,” Kagame said in an interview published on Thursday, June 20.

Below is the interview with Francois Misser of TAZ in Brussels on 19 June.

TAZ: Mr President, you came to Brussels for the European Development Days. What was your message?

Paul Kagame: It is not the first time I came to the European Development Days. This time the topic was sustainable development goals, focusing on how we fight inequality. So it was of interest to us. How does development become sustainable when there is inequality at the same time? It should be inclusive, narrowing the gaps. It is what we are trying to do in our country. That is what this partnership between Europe and Africa is all about.

Until recently, your were the chairman of the African Union. What were the main achievements under your presidency of the organisation ?

I combined a number of things. Before I became chairman of the African Union, I had been selected by the African Union to lead the reform process. I still continue with the active role of seeing through the reforms. Most of the reforms will be on the agenda in the forthcoming summit in Niamey (Niger). The continental Free Trade Area is going to be in effect because the number of signatories and ratifications has reached the point that allows it to be in effect. I am chairman of the East African Community (EAC) as well. I have been working on some important integration issues, like the formation of an air transport common market.

At the same time, we have seen tension between Rwanda and your neighbour Uganda. What’s the current situation? To what extent do these tensions affect trade and the economy in the EAC ?

Any tension will necessarily affect the stability of the economy, of trade, of all kinds of things. There is no question about it. That’s why we don’t need tension at all. But with politics (smile), we always see these things in any part of the world ! We have had an easy relationship during many years. Tension comes and goes. We hope one day we can get rid of it for ever. This time around is part of this history. We have seen Uganda getting involved in supporting (armed) groups against us because they (in Kampala) think we don’t stand for the interests of Uganda. They just don’t appreciate that Rwanda has a different government and would wish Rwanda to pay allegiance to them, something like that.

Some of it is not very visible. We see people being arrested in Uganda. We have Rwandese in their hundreds, actually in prison in Uganda. Uganda keeps telling all kinds of stories, they say these people are there illegally, that these are spies … And we have raised this because we have collected information about it and then they say: how do you know these details? It is because you (Rwandan government officials) have people here (in Uganda) and in fact they (the Ugandan officials) say they are against us. But the arrests have been indiscriminate: they arrest women, men, young people, they even picked some pupils from schools. The last time I met with (Ugandan president) Museveni I said these accusations have no credibility. Two hundred people were arrested, they failed to charge even one. That shows the magnitude of the problem. That resulted in fact in us telling people not to go to Uganda. And we cannot tell Uganda what to do. We have asked them, we have begged them, we have even told them it’s ok, if you have people in custody who committed offences, bring them to the courts of law, don’t keep them in prison. People come and tell us they have been in prison for nine months or a year, for nothing. But we have kept calm. People fear fighting between us. I don’t see it coming because I think Uganda understands the cost of it. We don’t want to go down that road because everyone will lose something.

You warned Uganda in April. You said “if you mess up, we will mess up big time“…

Yes, (meaning) if you cross the border. You can do whatever you want on your territory, like arresting people. But if they crossed our border and wanted to do things in our territory – that’s what I meant.

Is he still living ? (laughter)

He is still alive. In a press conference in Brussels, held while you were addressing the European Development Days, he was blaming you for these tensions with Kampala…

He would blame me for everything ! He is blaming me for taking refuge in Belgium. I didn’t chase him ! There is no case against him.

Faustin Twagiramugu and Paul Rusesabagina’s group made a call for unity of the opposition. What do you make of this ?

They are a creation of the media more than anything (laughter). These things have been there forever. So, I don’t look at one side as the media does. I look at all sides. There were more people at the place where we were, ten times more than for Twagiramungu’s group, getting aware about the progress Rwanda is making. And I am looking at those Rwandans, saying what we are doing is what we should be doing. This is for me the message. Secondly: These people, Twagiramungu and Rusesabagina, they are there in Europe, using the generosity of the Belgians, turning themselves into democrats, civil society that is fighting for freedom. But they are just a bunch of hooligans ! OK, but I can understand also Europeans sometimes, and I forgive them. It is like they are looking at Rwanda’s progress, they don’t like Kagame for whatever reason and they can’t stop us making progress, and there is nothing they can do about Kagame. So they think the best way to attack is to back this group

Concerning regional integration, President Félix Tshisekedi of the DRC said Congo would apply to become a member of the East African Community…

I think it is a good thing ! When an African country asks to be part of an organisation like the East African Community, I think it is a welcome thing, because in that we gain as a country, as a region.

You would support it ?

I would absolutely support it !

You recently attended the funeral ceremonies for the DRC President’s father, the late Étienne Tshisekedi, in Kinshasa. Can we expect greater collaboration between Kinshasa and Kigali ?

I think so. It is already happening. For example, we asked the previous government of President Kabila to have our airline Rwandair to connect Kigali and Kinshasa. And they refused. I didn’t understand why. It was just politics. Under Tshisekedi they have allowed the flights. And the traffic is huge. The plane is always full. We can’t even have enough ! So it shows already a very positive thing. We are even formalizing defence and security cooperation so that we deal with troublemakers along our border.

Refugee Entrepreneurs Step Up Efforts to Contribute to Rwanda’s Economy