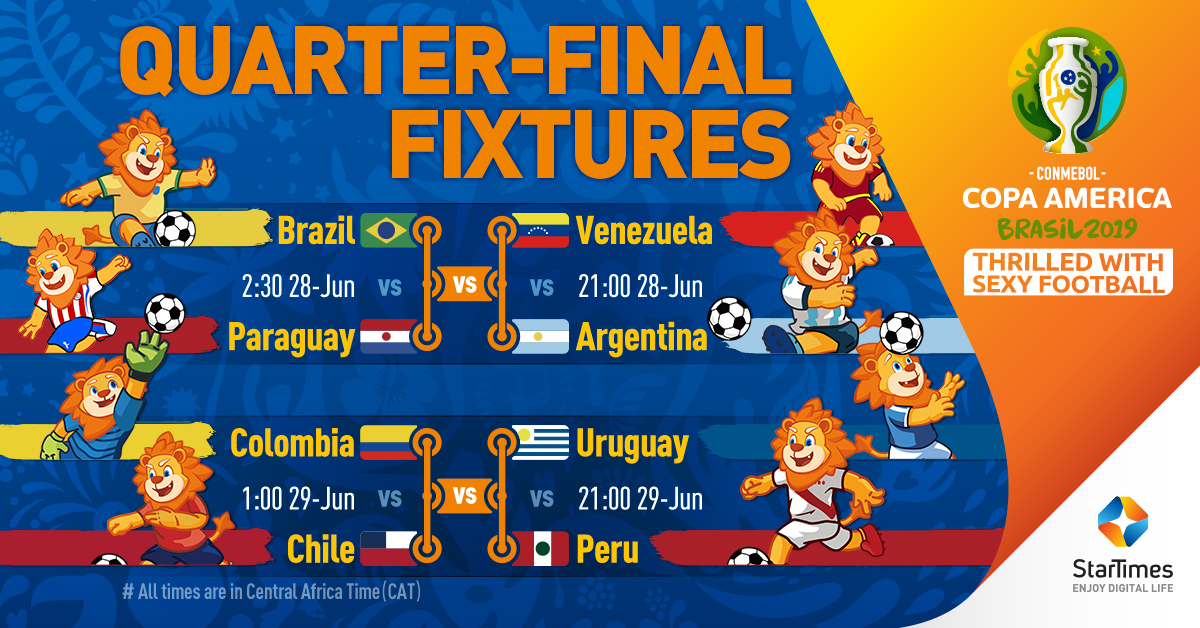 After stuttering their way through their first two matches in the Copa América, the hosts Brazil finally found their form in their last group game to comfortably qualify for the quarter-finals of the competition.

A 5-0 demolition of Peru saw the Seleção – who have won the showpiece event of South American football every time they have hosted the tournament – win Group A to set up a quarter-final clash with Paraguay in Porto Alegre on Thursday.

Brazilian coach Tite will be without influential midfielder Casemiro for the game against Paraguay after the Real Madrid star received his second booking of the tournament against Peru.

Since taking over as national team coach, Tite has lost only two matches – a friendly against Argentina and a World Cup match against Belgium last year. In both of them Casemiro was not playing.

Tite said that the convincing victory against Peru came after scoring two quick goals as Casemiro and Roberto Firmino put the hosts two goals up within the opening 20 minutes.

“When you score an early goal the team plays differently and opens up, that is real,” he said.

Argentina, whose last triumph in the competition dates back to 1993, failed to win their group and as a result they are now in the same half of the draw as Brazil, whom they will face in the semi-finals if both teams win.

But before it comes to the clash between the two giants of South American football, La Albiceleste will have to beat Venezuela in Rio De Janeiro on Friday.

Even though coach Lionel Scaloni has brought an impressive squad to Brazil, including the likes of Lionel Messi, Ángel Di María and Sergio Agüero, their form has been anything but impressive.

The 14-times champions needed a 2-0 victory against one of the tournaments invitees, Qatar, in their last game, to make sure of a place in the knock-out rounds.

Messi, who celebrated his 32nd birthday during the tournament, said that the important thing had been to win to get through to the next round.  “This will be an important boost for what’s to come. Another Copa begins now.”

Agüero, who returned to the side for the game against Qatar after having been dropped earlier, is aware that it will be a tough match against Venezuela, who beat them 3-1 in a friendly in March.

“They’re quite tough opponents who counter-attack really well and we’ll try to be wise to that,” he said.

Arguably the pick of the quarter-finals also takes place on Friday as Chile, who have won the last two editions of the competition, face Colombia in São Paulo.

A late Edison Cavani goal saw Chile lose their final group game 1-0 against Uruguay and finish runners-up behind La Celeste, who will face Peru in Sunday’s quarter-final in Salvador.

African football fans will be able to watch all the action live and exclusively on the StarTimes football channels.

I Am Enjoying Working Alone – Safi