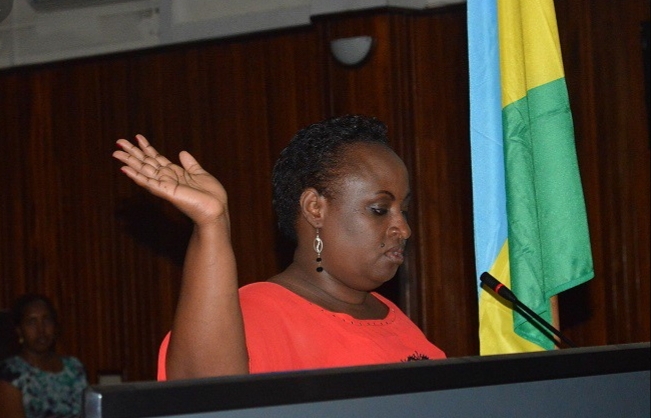 A cabinet meeting chaired by President Paul Kagame on Monday appointed Dr Sabin Nsanzimana the new Director General of Rwanda Biomedical Council (RBC), replacing Prof. Jeanine Condo, who has been at the helm of the body since February 2016.

Prior to the appointment, Dr Nsanzimana was serving at RBC as the Director of National HIV Program for Rwanda and Division Manager for HIV/AIDS and Viral Hepatitis at the Institute of HIV Disease Prevention and Control.

For over a decade, Dr Nsanzimana has worked on the national HIV program, becoming one of the senior clinicians with experience in HIV program design, strategic planning, implementation, and operational research with a focus on global care and treatment of people living with and affected by HIV.

He also previously worked as a principal investigator for several large research projects in Rwanda including clinical trials and multi-country research partnerships.

RBC is the implementation institution of the Ministry of Health with the mandate of implementing preventive, promotion and curative health interventions covering communicable and non-communicable diseases.

The appointment comes at the time when the country is on the alert for any possible Ebola outbreak as the deadly virus continues to wreak havoc on the neighbouring Democratic Republic of Congo (DRC).

The body is also charged with ensuring distribution of blood and blood products across the country, ensuring quality and quantity of procurement and production of drugs and other health commodities, purchasing and maintaining all medical equipment at all public health facilities.

Considered one of the key institutions of the country, RBC also encompasses Medical Research Center (MRC), the National Reference Laboratory (NRL) –a foundation for evidence-based policies development to support health interventions in country.

Dr. Nsanzimana is a fellow at the African Scientific Institute and serves as a faculty member at the University of Global Health Equity (UGHE), through which he developed and teaches a case entitled “The HIV Program Scale-Up in Rwanda: 20 years of Experience”.

The cabinet meeting at Village Urugwiro also confirmed Dr Usta Kayitesi as the Rwanda Governance Board (RGB) Chief Executive Officer where she will be deputized by Dr Emmanuel Nibishaka.

Dr Kayitesi has been serving in the capacity of Acting CEO since October last year, having taken over from Prof. Anastase Shyaka, the current Minister of Local Government. Prior to that, she had been serving as the Deputy CEO from February 2017 having been moved from the University of Rwanda.

Until his appointment, Dr Nibishaka has been serving as the Secretary General of the Rwanda National Commission for Human Rights since September 2017. Before that, from 2013, he served as the First Counselor at Rwanda’s Permanent Mission at the United Nations.

The position was previously occupied by Dr Kayitesi before she was elevated to the position of Acting CEO. She had replaced Amb. Fatuma Ndangiza in February 2017.

In other notable decisions, the Cabinet approved the draft law establishing Rwanda Water Resources Board, a new body with a mandate to ensure proper coordination and efficient management of water resources.

It is not yet clear if the confirmation of the two bodies will disband the already existing Rwanda Water and Forestry Authority (RWFA).

Among other key decisions, the cabinet approved the draft law amending the law governing persons and family to facilitate better services of civil registration.

In other surprise appointments, Claudine Nyinawagaga, the former Mayor of Gasabo until 2014 bounced back as the Director General of Local Administration Development Agency (LODA).

Similarly, the former State Minister for Education Olivier Rwamukwaya bounced back but not in the cabinet.

He will replace Dr Nibishaka at the National Human Rights Commission as the Secretary General.