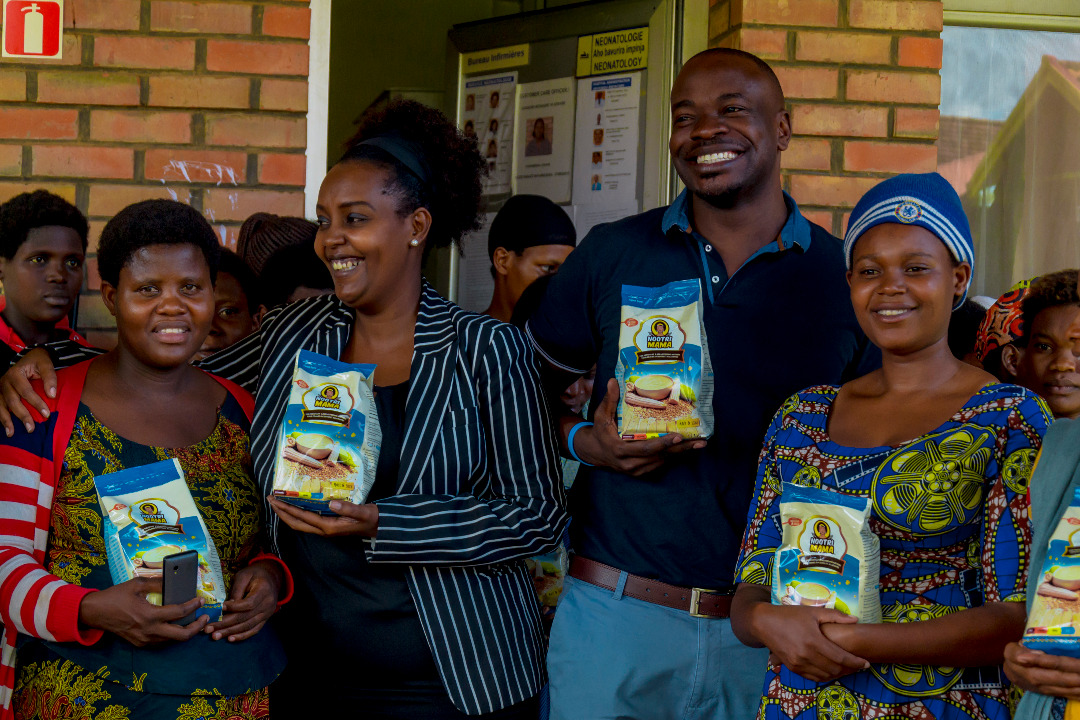 In 2010 Nadine Mbabazi Teta was taking one of her four children for treatment at Kibagabaga hospital when she witnessed a scenario of a baby who was born prematurely and her mother couldn’t afford a neonatal service to have the child put in an incubator.

In the instance, Teta reflected on how she has a good job as Head of Human Resources (HR) Reward and Operations at Airtel Rwanda, how she could afford health insurance for her three children, and compared this with the reality on ground, and conceived an idea to help.

“I got Rwf27, 000 from my salary and paid for the child’s medical care and that is how the idea of starting an initiative of helping children in need of medical support was conceived,” Teta said.

From this experience she formed Jesus Care for Kids (JCK) Faith in Action- a personal initiative aimed at bringing smiles to children and mothers in hospitals as they confront their medical challenges.

Besides inability to afford medical bills, at Kibagabaga hospital, she says that she could see women struggling with getting basic needs like porridge, soaps and basins needed while one is on treatment.

She single handedly started a porridge serving spot at the hospital employing a lady to cook the porridge for the needy women and their children but realized she needed help from friends and her own company.

She told friends and workmates about this initiative and managed to get individual contributions ranging from Rwf5, 000 and Rwf1000 from Airtel staff.

As a born again Christian at Impact Centre Chretien (ICC) in Kacyiru, Kigali city she says that she is moved by the example of Mother Theresa of Calcutta in addressing issues of children battling with diseases and facing poverty of which they endure in ways that others can never imagine.

Mother Theresa of Calcutta quotes state: “Poverty does not exist it’s created by you and I when we do not share…If you can’t feed a hundred of people then feed just one.”

It is against this background that Teta mobilized a core team of eight women to assist reaching out to more children in Kibagabaga but wants to see the same action taken by other Rwandans in their respective communities through the “Small donations big Impact campaign every Saturday.

“If every financially able Rwandan can commit to supporting needy children and women in their health facility, we can end the struggles they go through to get medical attention and find food to accompany the medication,” Teta said.

For the last nine years, the team has collected money from their pockets, friends and church members to pay medical bills, feed and support approximately 3,240 children and mothers worth with  Rwf12 million and pay health insurance (mutuelle de santé) worth Rwf1.7M for 80 families.

Two years ago, Teta’s struggle in trying to feed Rwandan children and women in hospitals hit a jackpot when she met with at Kibagabaga hospital, a lady who works with Rwanda’s fortified food factory Africa Improved Foods (AIF), a meet that has turned their dreams big.

Teta says that she told the lady about her initiative and she agreed to lobby AIF to support the JCK initiative in which they received at least 30 boxes of high quality porridge to supply at the hospital.

A single box of 1.5Kgs of AIF porridge can feed five children.

On October 22, AIF officials handed over a second donation of 120 boxes to the initiative in an event held at Kibagabaga hospital premises.

In giving these women hope, the AIF officials said that they will continue supporting the initiative as a way of fight malnutrition in Rwanda.

Rwanda’s malnutrition figures show that since 2012, a decline of stunting among children of age between 6 months and 5 years from 42% to 35% in 2018, this is only a 7%-point reduction in six years, far short of Rwanda’s target to reduce stunting below 19% by Rwanda fiscal year 2023/24.