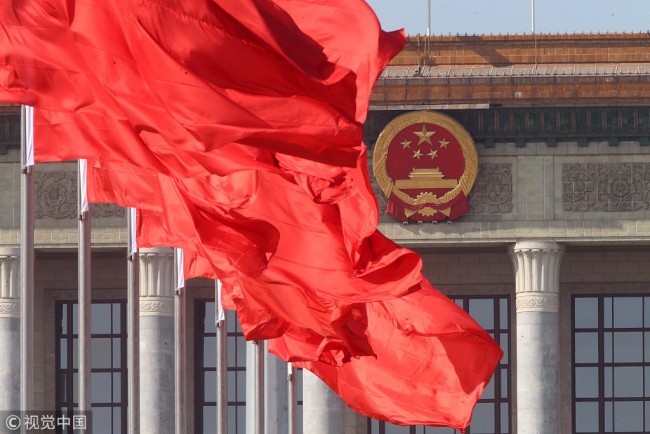 On the occasion of the 70th anniversary of the founding of the People’s Republic of China, the fourth plenary session of the 19th Central Committee of the Communist Party of China (CPC) was successfully held from October 28 to 31 2019, in Beijing. This key CPC session has yielded fruitful results and is of great significance to China as well as to the world.

During the past seven decades, under the leadership of the CPC, China has created the miracle of sustainable economic development and long-term social stability while pursuing a development path suited for the national conditions. At the same time, as China enters a new era, it also faces a more complex domestic and international environment. The CPC had its fourth plenary session of the 19th Central Committee, reviewing achievements as well as challenges from the perspective of national system and governance system. The timing and the content could not be better.

The fourth plenary session and the adopted document the CPC Central Committee’s Decision on Some Major Issues Concerning How to Uphold and Improve the System of Socialism with Chinese Characteristics and Advance the Modernization of China’s System and Capacity for Governance, not only affirm the superiority and strong vitality of China’s national system and governance system, but also respond to vital questions such as “What to uphold and consolidate? What to improve and develop?”. They are critical for China to realize the “two centenary goals”, advance reform and opening-up in the new era, address risks and challenges and win the initiative. They also can provide a new choice for developing countries to pursue modernization, and contribute the Chinese wisdom and solutions for mankind to explore and develop a better social system.

As proven by practice, the system of socialism with Chinese characteristics and China’s state and governance systems enjoy notable strengths in the following aspects: The CPC’s leadership ensures political stability and the nation’s right development direction; the country is run by people and ruled by law; all ethnic groups are equal; synergize the socialist system and the market economy; insist on common ideals, convictions, values, and moral standards; promote people-centered and common prosperity; move with the times; select officials based on integrity, ability and merit; guarantee the people’s armed forces completely loyal to the Party and the people; uphold the principle of “one country, two systems”; build a community with a shared future for humanity.

Looking ahead, the session vows to see China’s institutions in all fields will notably improve when the CPC marks its centenary in the year 2021; the modernization of China’s system and governance capacity will be basically achieved by 2035 and realized in full by 2049 when the People’s Republic of China celebrates its centenary. To achieve these, China will uphold and improve the following: the system of institutions for Party leadership; socialist democracy; rule of law with Chinese characteristics; China’s basic socialist economic system; socialist culture system, livelihood system for all, the social governance system, the ecological civilization system, the Party’s absolute leadership over the armed forces, “one country, two systems” and peaceful reunification, independent foreign policy of peace, the Party and state oversight systems.

The fruitful results of the fourth plenary session have attracted widespread attention globally. The CPC is ready to share the experience and philosophy in governance and administration with political parties from other countries, especially brother parties like the Rwandan Patriotic Front (RPF).

Both Rwanda and China are dream chasers on the way to pursue development paths suitable for our national conditions. Over the years, the CPC and the RPF have been maintaining regular contacts, sharing practices of party-building and state governance, and cooperating in personnel training etc. The CPC will further enhance exchanges with the RPF to improve strategic mutual trust and jointly build a community with a shared future for our two peoples.