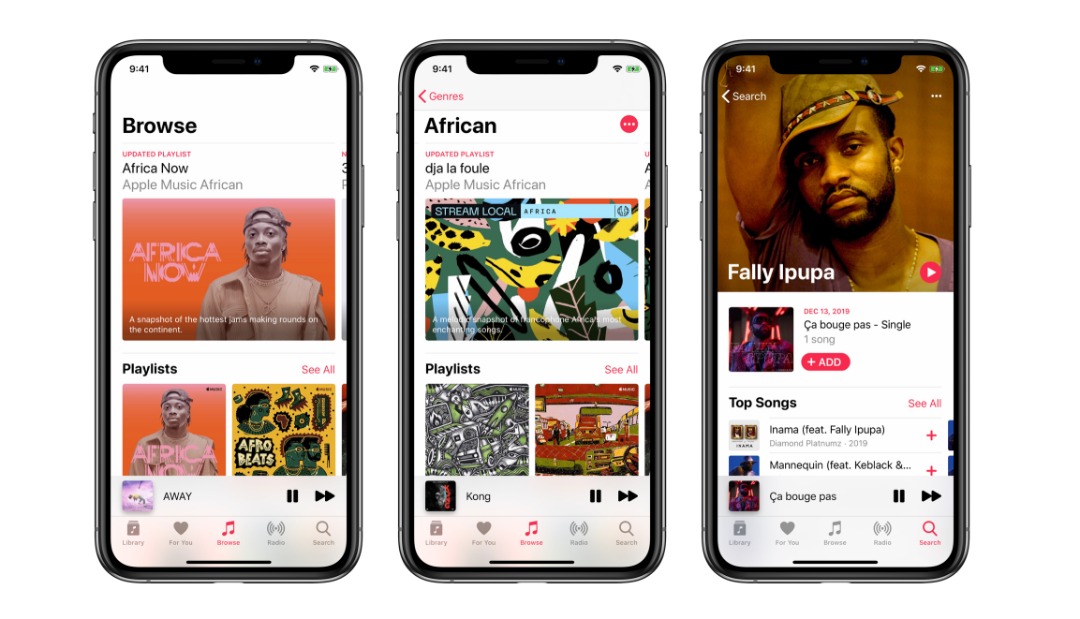 Rwandans are now among eight African countries that will officially, starting this Tuesday, be able to enjoy over 60 million songs, safe save terabytes of personal content using Apple’s services, the US-based global tech giant has said on Tuesday.

Apple Inc said that its services- App Store, Apple Arcade, Apple Music, Apple Podcasts and iCloud which have not been accessible, are now available in 20 more countries, with most of them being African countries.

Oliver Schusser, Apple’s vice president of Apple Music and International Content said they are delighted to bring many of Apple’s services to users in more countries than ever before.

“We hope our customers can discover their new favorite apps, games, music and podcasts as we continue to celebrate the world’s best creators, artists and developers,” Schusser said in a statement released April 21, 2020.

African countries that will access the full package of all the above services include: Rwanda, Cameroon, Côte d’Ivoire, Democratic Republic of Congo, Gabon, Libya, Morocco and Zambia.

Previously Apple device owners in Rwanda have had to buy Apple App Store services and music through a foreign addresses, accepted credit cards and pay in prices in Europe which are higher than in Africa.

Jackson Mukiza, a Rwandan iPhone user who loves music said that: “Access will now be cheaper and payable for in Rwandan francs to get a streaming of any trending music.”
The company also announced that while all its services may not be accessible in some regions, its Apple Music, with offing of more than 60 million songs, is currently expanded to the countries and regions in Africa, Asia Pacific and Europe.

“New Apple Music subscribers in the 52 additional countries can enjoy a six-month free trial of the service, with locally curated playlists,” Apple said in a statement.

This development makes the Apple App Store, to reach 175 countries and regions among the world’s safest and most vibrant app marketplace, with over half a billion people using the services each week.

In an earlier statement, Apple said that local application developers in countries where Apple services are available can use the platform to make money by selling their tech solutions and products on their platform which generates over $155 billion in developer earnings — just from sales of apps and in-app purchases.

“It is the best place for users to discover new apps and allows developers of all sizes to distribute their apps to customers around the world,” Schusser said.