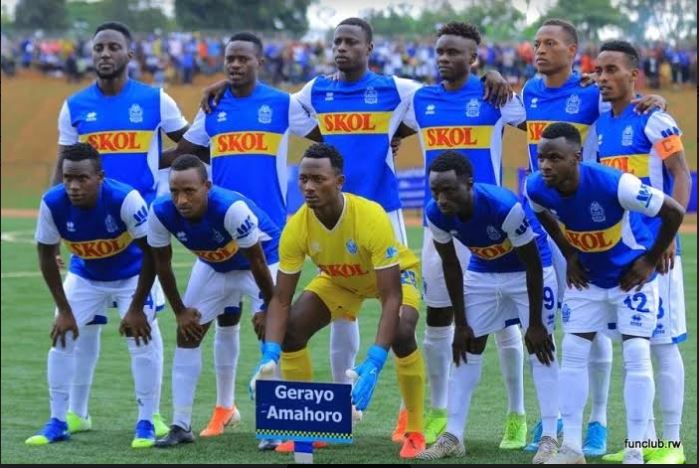 The reigning champions have already gone two months without pay and today were told by the club’s president that they will not receive any salary at all until the situation gets back to normal.

The move will be backdated to March, meaning the players will only get paid for February.

The decision comes two days after the club’s President Sadate Munyakazi told KT Press that the club has no plans to lay off their players during the current shutdown.

Rayon Sports is one of the few clubs that rely on matchday ticket receipts for income. Their last league game over a month ago was held behind closed doors due to the coronavirus fears and the club is currently facing a cash crunch

Muanyakazi recently took to Twitter to request financial assistance from the government.

“After the pendemic there could be a recession and a financial crisis which could destroy many institutions,that why we ask the government of Rwanda to help clubs pay salaries for the players,” said Munyakazi.

He also wrote to the club’s fans asking them to help club cope with financial implications of the coronavirus.

Different fan clubs agreed to the rescue of the club, with each fan club pledging to provide food for at least one member of the team’s staff.

It’s been over a month since the league was put on hold with a maximum of seven games to go but it remains anyone’s guess whether there will be further matches with teams already struggling to cope with the coronavirus crisis and the country on lockdown until April 30 at the earliest.

With season on hold, clubs going through financial troubles have activated the force majeure clause in their player’s contacts as they wait for football’s fate. Musanze FC and Espoir FC were the first teams to lay off their non-playing .