Genocide fugitive Félicien Kabuga appeared before the International Residual Mechanism for Criminal Tribunals (IRMCT) on Wednesday, for the first time, following his arrest in May this year, in Northern Paris, France.

His appearance in The Hague-based international court is also the first time he was seen in video, with many Rwandans, especially genocide survivors taking to social media to say that Kabuga did not look as old or frail as he has been portrayed since his arrest.

His health and old age were key motivations in the decision to transfer Kabuga, 87, to The Hague, instead of Arusha, Tanzania, as it had been decided by the French top court, his lawyers citing the New Coronavirus as another risk factor.

Kabuga appeared before Judge Iain Bonomy, from United Kingdom, who is the Presiding Judge of the Trial Chamber where Prosecutors laid bare charges that make up the seven counts of genocide and crimes against humanity.

According to the IRMCT, based on the request of Kabuga’s Counsel and in accordance with the Mechanism’s Rules of Procedure and Evidence, Judge Bonomy entered a plea of not guilty on Kabuga’s behalf and indicated that it could be changed at any time.

At the initial appearance, Judge Bonomy ensured that Kabuga, who is represented by French Lawyer Emmanuel Altit, was informed of his rights and the charges against him and allowed Kabuga to raise any concerns.

The Registrar of the Mechanism, Gambian Abubacarr Tambadou read out the rights of the accused in the Statute and the full indictment before Judge Bonomy asked the Prosecution – represented by the Mechanism’s Prosecutor, Serge Brammertz to present their case against on of the most wanted Genocide suspects in the world.

As the trial commenced, the Judge urged the Prosecutor to ‘conclude as swiftly as possible’ in regard for the health of Kabuga but for many Rwandans who followed the proceedings, Kabuga, who genocide survivors said should be tried in Rwanda, does not look as old or frail as it had been reported.

“These are mind games being played. When they talk about his health, you would thing he would drop dead the next day,” said one Lionel Ndizeye while Peter Nshimiyimana said that he thought the Kabuga who appeared in the dock was different from the one that is said to be too old and sickly.

In The Hague, the UN Court said Kabuga is undergoing a detailed medical assessment to determine his fitness to travel to the Mechanism’s Arusha branch for trial.

Other than the COVID-19 concerns, Gatete Ruhumuliza Nyiringabo, a lawyer and commentator on legal issues said that only medical doctors can determine, there are no medical abnormalities observed, other than old age, and possibly underlying chronical diseases.

Gatete argues that Kabuga at the twilight of his life, even contemplating a jail sentence for the remaining part of his life could be a source of ill health but his lawyers should have never used the argument of trying him in Europe to keep him closer to his relatives as another reason to motivate the decision.

“He is assigned to the Arusha chamber, so is the bench appointed to hear his case. His presence in The Hague is a matter of pandemic infection prevention, not, as argued by his lawyer, to enable him to hobnob with his family,” Gatete said, adding that relatives of people he is accused of massacring or facilitating their massacre were deprived of a right to visit or see their relatives. 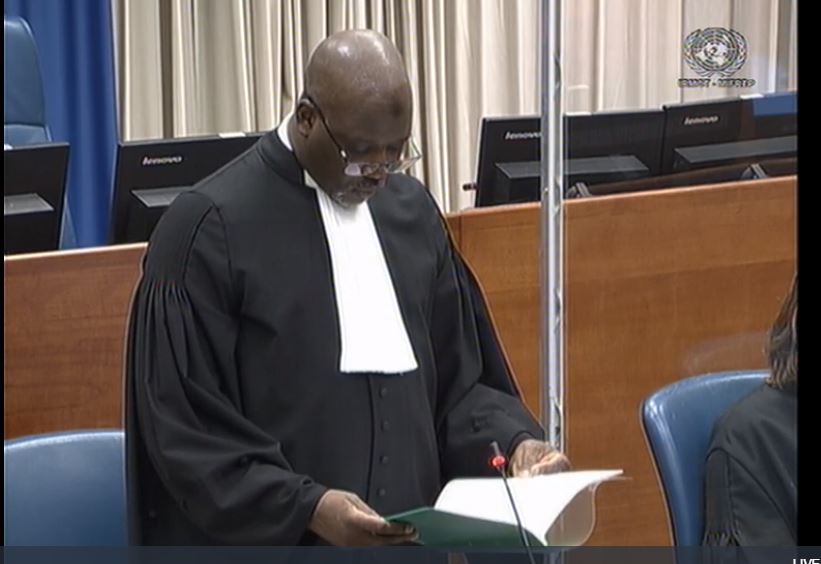 Kabuga, who was on the run for 26 years was the President of the Comité Provisoire of the Fonds de Défense Nationale (National Defence Fund) from about 25 April 1994 to July 1994 and President of the Comité d’Initiative of Radio Television Libre des Milles Collines (RTLM) during the time of the crimes pleaded in the indictment.

Kabuga was first indicted by the International Criminal Tribunal for Rwanda (ICTR) on 26 November 1997, and was arrested near Paris on 16 May 2020, pursuant to a warrant of arrest and an order for transfer issued by the Mechanism.

After his arrest, Kabuga contested his extradition before the French courts, and on 30 September 2020, the French Cour de cassation rejected his appeal and authorised his transfer to the Mechanism’s custody.

Following that decision, Kabuga filed an urgent motion on 5 October 2020 requesting, inter alia, that his arrest warrant and order for transfer be amended to provide for his transfer to the Hague branch of the Mechanism rather than the Arusha branch, citing in particular his medical conditions and the health risks associated with travel.

Both the Office of the Prosecutor and the Registrar of the Mechanism supported the request for Kabuga to be temporarily transferred to The Hague.

The Mechanism was established on 22 December 2010 by the United Nations Security Council to carry out a number of essential functions of the ICTR and the International Criminal Tribunal for the former Yugoslavia, including the trial of fugitives who are among the most senior leaders suspected of being most responsible for crimes that had been under the jurisdiction of these two tribunals.