Rwanda and Turkey’s diplomatic relations are less than a decade old, but Burcu Cevik, the Ambassador of Turkey to Rwanda, has strong reasons to believe that both countries will keep strengthening ties for an indefinite time.

The Envoy, with residence in Kigali, was appointed nearly three years ago, within which she realized that Rwanda is doing miracles 27 years after the 1994 Genocide against Tutsi which had reduced the country to rubble.

In the wake of the tragedy, visionary leadership, resilient people have made Rwanda a trustworthy partner according to Burcu. 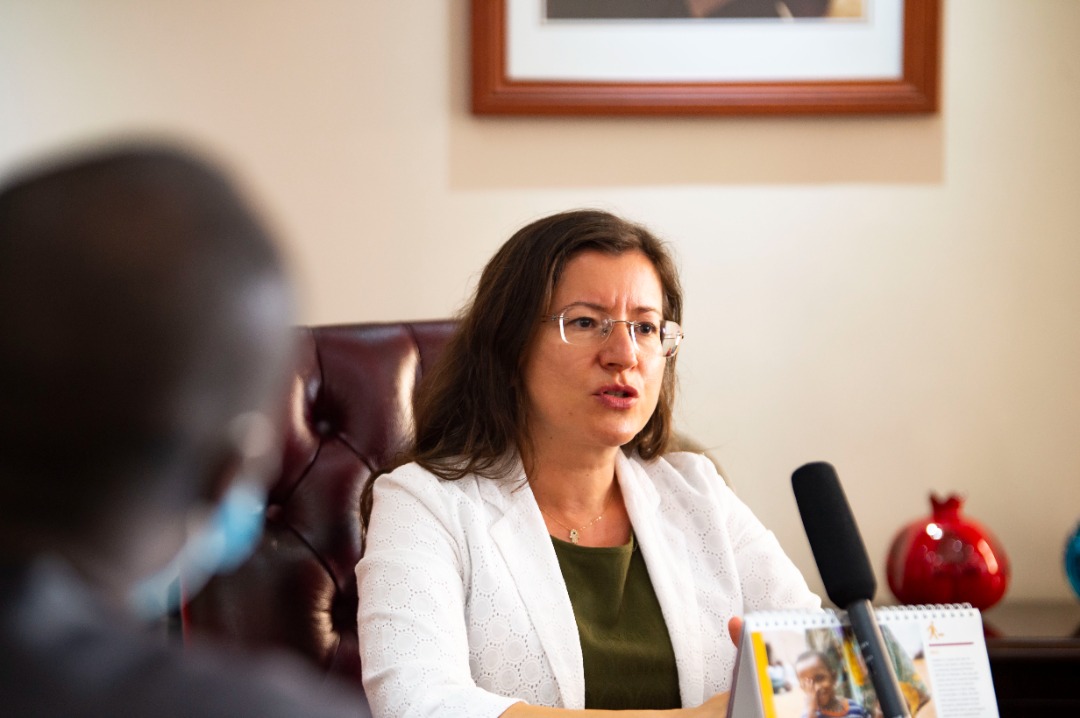 During an interview with the ambassador late last month, she told KT Press how she knows the history of Rwanda as a country and  reasons why Turkey considers Rwanda a valuable partner.

“Rwanda is a model country in many respects and within 27 years since 1994 Genocide against Tutsi, it has become one of the most secure, most stable and most clean and institutionally very strong country,” Amb. Burcu said.

Rwanda’s visionary leadership and dedicated people are two elements that have impressed the Ambassador most. She said that Rwanda is exactly doing what modern Turkey did in its development path through a centenary of existence, set to be celebrated in two years to come.

“I see many similarities with my own country dating back to the initial days of the establishment of modern Turkish Republic and I see that Rwanda is passing through a similar period. With the dedication of people, everything is achievable.”

Rwanda developed several programs which solve a number of problems; some of the programs are from the area of social protection like the Vision 2020 Umurenge Program (VUP) which provides paid public works, financial support and direct support in cash to social categories.

In One Cow Per Poor Family Program – Girinka Munyarwanda, every household which does not own a cow is given one in order to get manure and milk, which, at the same time improves family’s economic conditions and contributes to fighting rampant malnutrition.

The monthly community activity – Umuganda program is a community work where people in their respective village settlements contribute to cleaning, construction or rehabilitation of public infrastructure among others.

“I am sure this is a beginning of a very fruitful journey and in the coming days we shall be expanding relations in a much wider way,” she said.

Rwanda, she said, is doing good work in different areas which makes it a strategic partner of Turkey in the region and beyond.

Turkey is equally a good partner of Rwanda since it is very active in Africa and a very dynamic country in the region, she further said.

From that perspective, Turkey and Rwanda signed more than 20 bilateral agreements in areas of politics, trade and investment, culture, and education.

“When it comes to concrete projects, definitely Rwandan people know Turkey in construction; two landmark buildings namely Kigali Convention Centre and Kigali Arena were constructed by Turkish company which is also doing other work,” she said.

“The second area is energy: Hakan energy is about to complete a peat to power plant in Southern Rwanda and hopefully by the end of this year they will be starting producing electricity which will be a huge input in Rwanda’s target of providing all households with electricity.”

Despite construction and energy being major areas of investment, more Turkish people are showing interest in investing in Rwanda because, according to the ambassador, Rwanda is providing a very friendly business environment.

“Of recent, Turkish investors started producing hygienic products, baby diapers among others. They also invested in construction equipment and furniture targeting not only Rwandan but also regional market.”

In tourism, one of the biggest hot air balloon companies of Turkey has started testing flies on Akagera National Park and very soon they are going to launch the program national wide to increase tourism attractions and revenues for Rwanda.

Turkey is also exploring finance sector, keeping in mind that Kigali International Finance Center “will be a major input in Africa following Rwanda’s resolve to put a lot of efforts to become a financial hub in Africa.”

In this regard, a big Turkish financial institution is eyeing Rwandan market and very soon, it is expected to join the family of commercial banks in Kigali.

“I am also happy to announce that one of the Turkish investment banks -Aktif Bank is opening its regional representative office in Kigali pending final clearance from the National Bank of Rwanda,” the ambassador said adding that it’s a development “which will be an important contribution both supporting Kigali International Finance Center while also encouraging more business people from Turkey to invest in Rwanda.”

Despite challenges that pose COVID-19, trade volume between Turkey and Rwanda marked a two-fold increase.

The ambassador agrees that COVID-19 posed many problems, but it also brought some opportunities.

For example, Rwanda found alternative markets, and Turkey was one them.

Currently, Turkey is a big marker for Rwanda’s coffee and minerals.

In capacity building, the Ambassador could mention trainings dedicated to Rwandan security and defence forces on one hand and newly recruited Rwandan diplomats on another hand.

Turkey is also discussing with Rwanda’s Ministry of Education on establishment of a Technical and Vocational Education Training Centre.

The academic and culture cooperation is on top of existing relationships in education where Turkey offers fully funded scholarships to Rwandans for Masters’ and PhD students.

More components of this paternership are coming with the start of Turkish language program at University of Rwanda both online and physical classes.

“This is going to be the first step in cultural and academic cooperation and hopefully in the coming days, this would become a fully-fledged Turkish cultural center in Kigali,” Burcu said.

“This is our final target actually.”

Turkey, she said, aims at strengthening its cooperation and its contribution in Rwanda first for physical infrastructure and human capital. 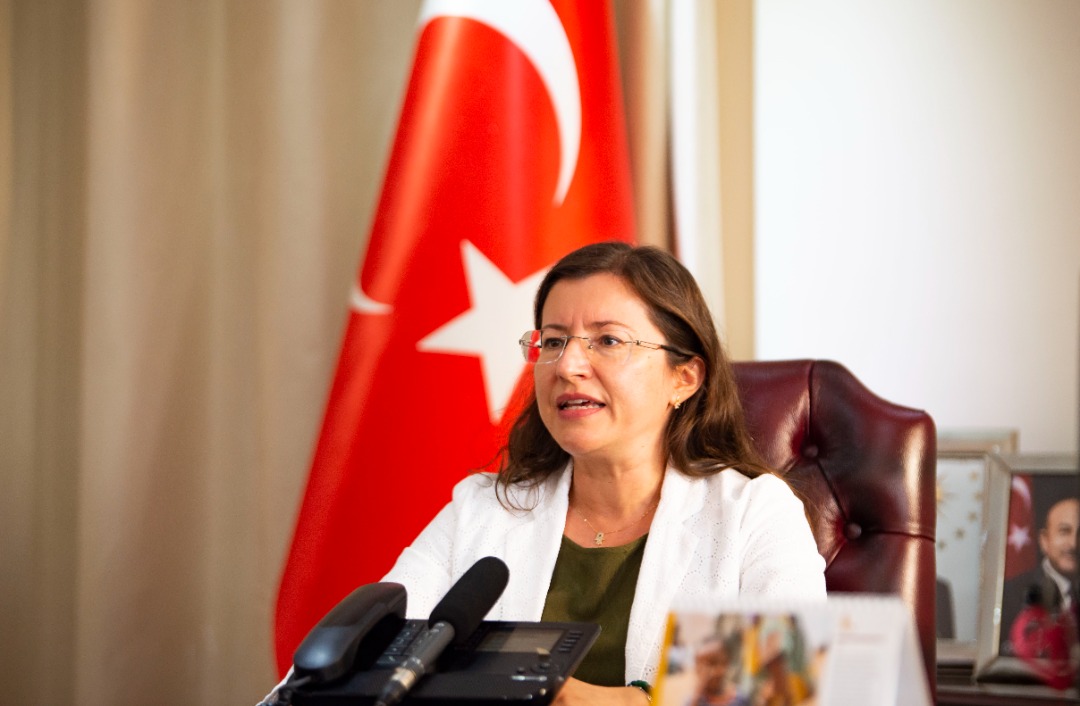 Most importantly, the Ambassador aims at increasing people to people contact.

“This is the reason why I am attaching more importance to skills building, human capacity building, education,  and cultural cooperation. You know! Every time I put people at the very center and I am sure at the end of my posting I will share important achievements in this regards.”

The Ambassador also attaches more importance on gender where, through UNDP, Turkey contributed to women empowerment and women representation in private sector.

“I strongly believe that there is a lot of things that Turkey needs to learn from Rwanda in regards to gender equality and empowerment, but at the same time, we can also contribute to Rwandan effort in increasing more gender balance in Private sector,” she said.

A part from being an alternative market during COVID-19 pandemic, Turkey believes that efforts to support Rwanda with COVID-19 protective equipment was a good move which is also being emulated by non-government organizations from Turkey.

“Turkey is happy to provide more technological support in the area of health,” she said.

A Centenary of the Turkish Republic: What to celebrate?

In 2023, Turkish Republic will celebrate its centenary, an opportunity to pay tribute to the founding father of the Republic Mustafa Kemal Atatürk.

When the ambassador observes what Rwanda is achieving under the government of Unity and Reconciliation in place since the last 27 years of liberation, she evokes Turkish journey through the centenary.

“What Turkey has achieved and what Rwanda is achieving now, I see many similarities. We also had a visionary, very strong leader, the founding father of our Republic Mustafa Kemal Atatürk. What Rwandan President is doing for Rwanda is very similar.”

The ambassador said that the transition from Ottoman Empire to the Modern Turkish Republic was not easy.

“What Rwanda experienced in 1994 is not easy and what Rwanda is experiencing is not easy. I think our transformation journeys are very similar,” she said.

“I wholeheartedly believe that if our experience is shared to Rwandan people, it would be helpful.”

As of today, Turkey is believably a dynamic economy in its region and beyond.

“We are member of different prominent international organizations where we voice concerns of developing and least developing countries including African countries where Turkey is very active with now 43 Embassies.”

Turkey connects with Africa through its national carrier Turkish Airlines which flies 40 countries with 60 destinations.

The carrier flies Kigali since 2012 with 4 direct flights a week today.

The country also has its ways of strengthening cooperation with several nation including developing countries via the Turkish Cooperation and Coordination Agency (Tika) with 22 resident offices in different countries.

From 2003 to date, Turkish trade with Africa increased fourfold, from $ 5 billion to $25 billion.

Turkish investment volume in Africa now stands at $ 6 billion and more than $70 billion worth of work.

According to the Ambassador, Turkey is a dynamic country and its dynamism will keep growing due to its youthful population like Rwanda’s.

As we publish this story, Turkey is preparing celebration of 15 of July when a coup attempt was orchestrated by “Fetullah Gulen Terrorist Organization” (FETO) in 2016.

The day is a commemoration of “Democracy and National Unity Day”.

“When fighter jets started bombing our parliament, people did not stay home, they rather went on the street defending our democracy.”

On that night, Turkey lost 251 people against coup plotters, “but now we are stronger in terms of democracy. And every 15 July we commemorate the lost lives.” 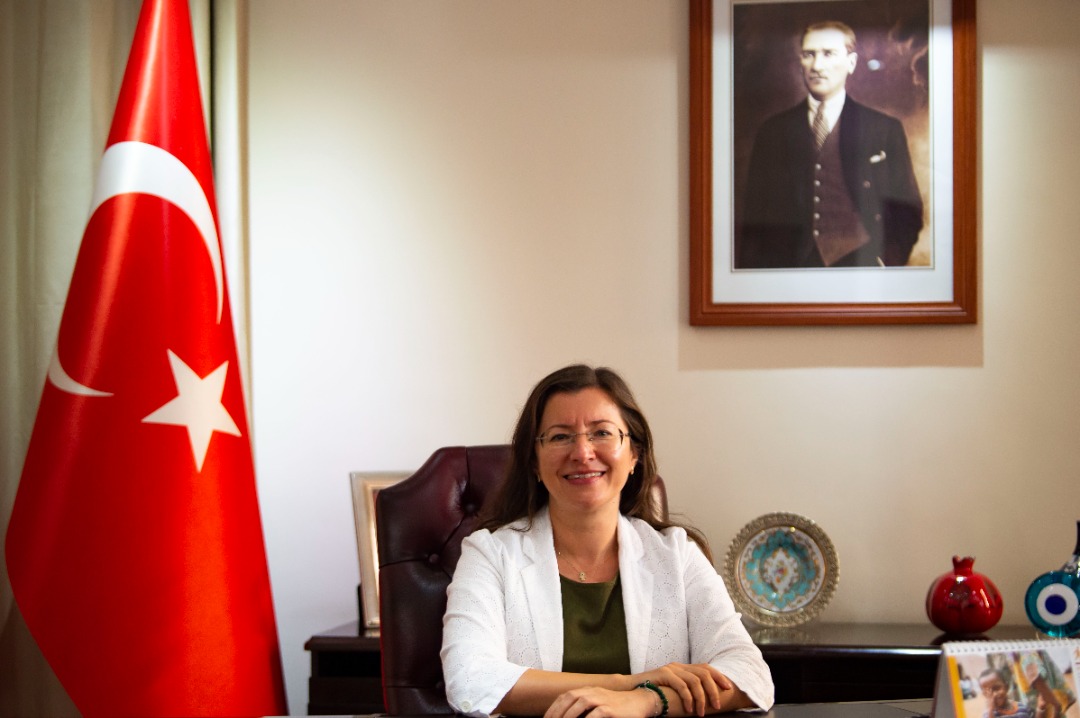 The coup plotters hail from a clandestine organization that operates in many countries across the world, but the ambassador was thankful that Rwanda showed collaboration in dismantling them.