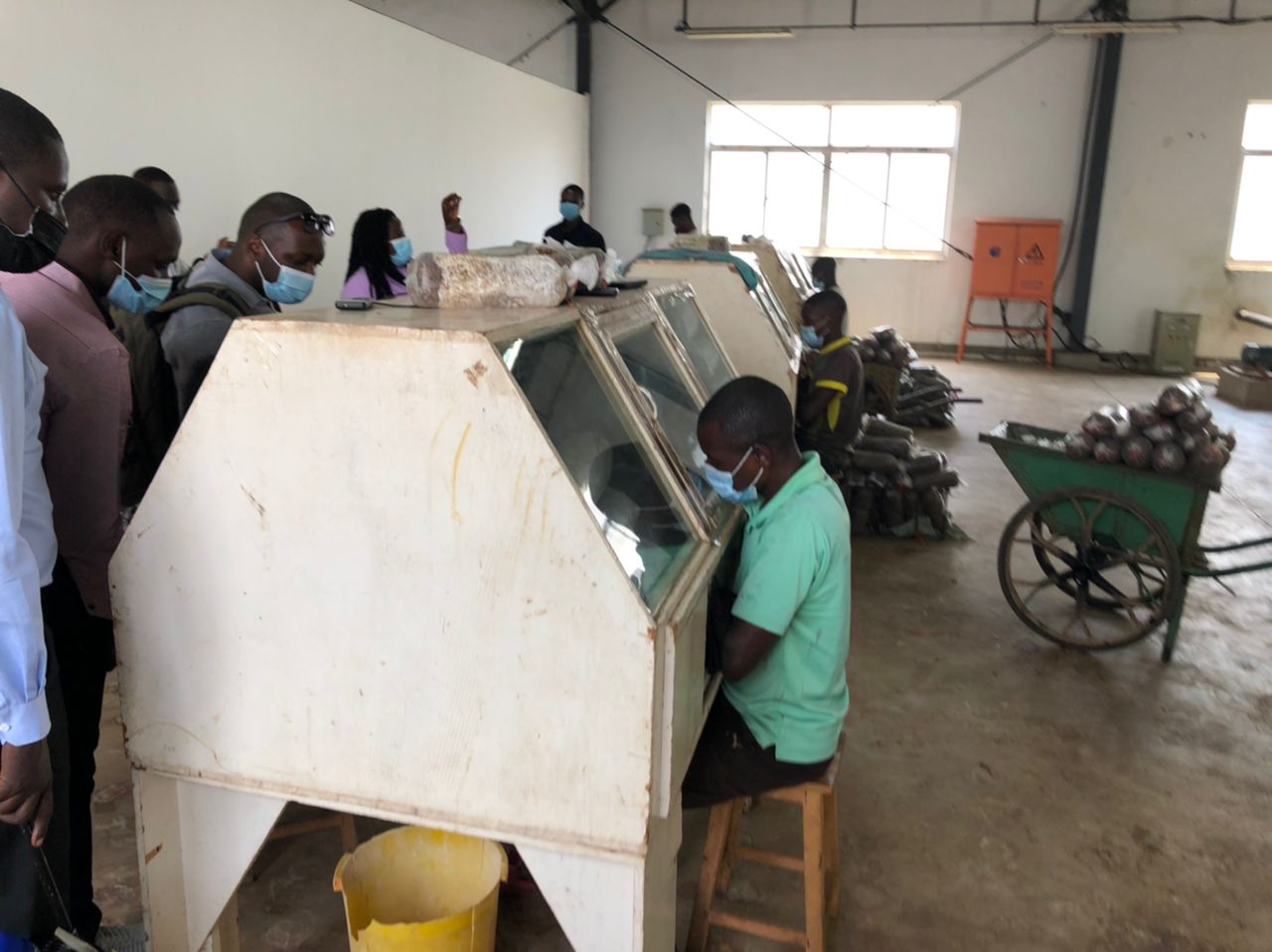 The year 2021 marks the 50th anniversary of establishment of diplomatic relations between China and Rwanda and a series of events are expected to celebrate the Jubilee, with the first being, a component of food security, through programs such as C-RATDC is an Agric technology demonstration center that was established in April 2011, after the China-Africa Cooperation Forum summit held in Beijing in 2006 to promote economic development in Africa through agriculture-based aid.

Five years after the Beijing summit, Rice and mushroom cultivation technology was established under the C-RATDC program in Huye district, Southern province to improve their production.

Juncao means “mushroom” and “grass,” it is an invented technology that uses grass to grow mushrooms. So far, 3,800 farmers use this technology to grow rice and over 50 cooperatives with over 20,000 members grow mushrooms in substrate bags.

Meanwhile, the center(C-RATDC) has also received more than 16,000 visitors who seek Jancao technology skills in cultivating rice and mushrooms.

“I was trained for six months in using jancao technology, after the training, I worked with Chinese in producing mushrooms, but after two years, I founded my company, the business has progressed gradually, from Rwf200,000 to Rwf20Milion. I produce mushrooms and sell them to agents who supply Kigali and other secondary cities across the country,” Emmanuel Ahimana, a mushroom farmer said.

“To do this job it needs skills first, I was trained locally, but I also traveled to China for more skills. Specifically, to cultivate mushrooms, a farmer needs to know the temperature and other conditions under which mushrooms are grown. The market is available locally, mushroom agents are always looking for them,” Ahimana said.

With the production of 500kilograms every three months, Ahimana sells a kilogram of mushrooms at Rwf2000.

C-RATDC trains farmers who are grouped into cooperatives, individuals, agronomists, and university students.

According to ZHUSU Su, a trainer at C-RATDC, most of the training courses are held at C-RATDC headquarter in Rubona sector, but also Chinese experts join the farmers at their respective villages to train them in collaboration with Rwanda Agriculture Board (RAB).

The Juncao mushroom production technology has been reportedly extended to four provinces of the country and the City of Kigali.

Over 8000 farmers cultivate paddy rice using jancao technology. Farmers are trained on how to drain water during planting , planting rice in wetlands and harvesting.

Lauren Nizeye, a farmer, said that jancao technology increases yield at an average10% compared to the traditional system of cultivation.

“The paddy rice takes six months to harvest, but the production is always much higher compared to the rice grown using traditional systems. During the harvesting season, we use machines, there is no yield wasted in gardens,” Nizeye said.

He added that the jancao technology is smart and economically beneficial.

On 12 November 2021, Rwanda and China will mark the 50th anniversary since establishment of diplomatic relations after two countries have been cooperating in areas including infrastructure development, education, among others.

According to the reports, Rwanda and China first established diplomatic relations on November 2, 1971.

Then, the People’s Republic of China reportedly committed support for Rwanda in fighting neo-colonialism, maintaining national independence and sovereignty, and carrying out peaceful cooperation among the peoples of various countries.

The Rwanda-China relations were also made stronger after the visit of Chinese President Xi Jinping in July 2018 that marked 47 years of diplomatic relations.

During the visit, Kagame and Xi signed 15 bilateral agreements.

Other agreements were loans for construction and renovations of hospitals and the most remarkable $54 million grant to finance the construction of Bugesera airport.

The previous agreement to be signed between two countries (Rwanda and the People’s Republic of China) was an economic and technical cooperation agreement for a grant worth RMB Yuan 400 million, approximately $ 60 million.

“Rwanda and China are time-tested friends, partners, and brothers and sisters. Since Chinese President XI Jinping’s historic visit to Rwanda in 2018, the bilateral relationship between Rwanda and China has reached a record high and the comprehensive cooperation between the two countries, especially in the economic field, has been tremendously diversified and intensified,” Ambassador of China to Rwanda Rao Hongwei said during the signing.

“China hopes, by extending the new financial support, to make contribution to Rwanda’s all-round transformation and recovery from the malign impact of the COVID-19 pandemic. Today’s signing of the two agreements also fully demonstrates China’s profound friendship with and strong support to Rwanda,” Hongwei said.

He added that the year 2021 marks the 50th anniversary of the establishment of diplomatic relations between China and Rwanda.

“In these times of major new opportunities and challenges, we are ready to work with Rwandan friends to forge new opportunities out of crises, make new advances amid changes, and build an even more glorious tomorrow for China-Rwanda relations,” Hongwei added. 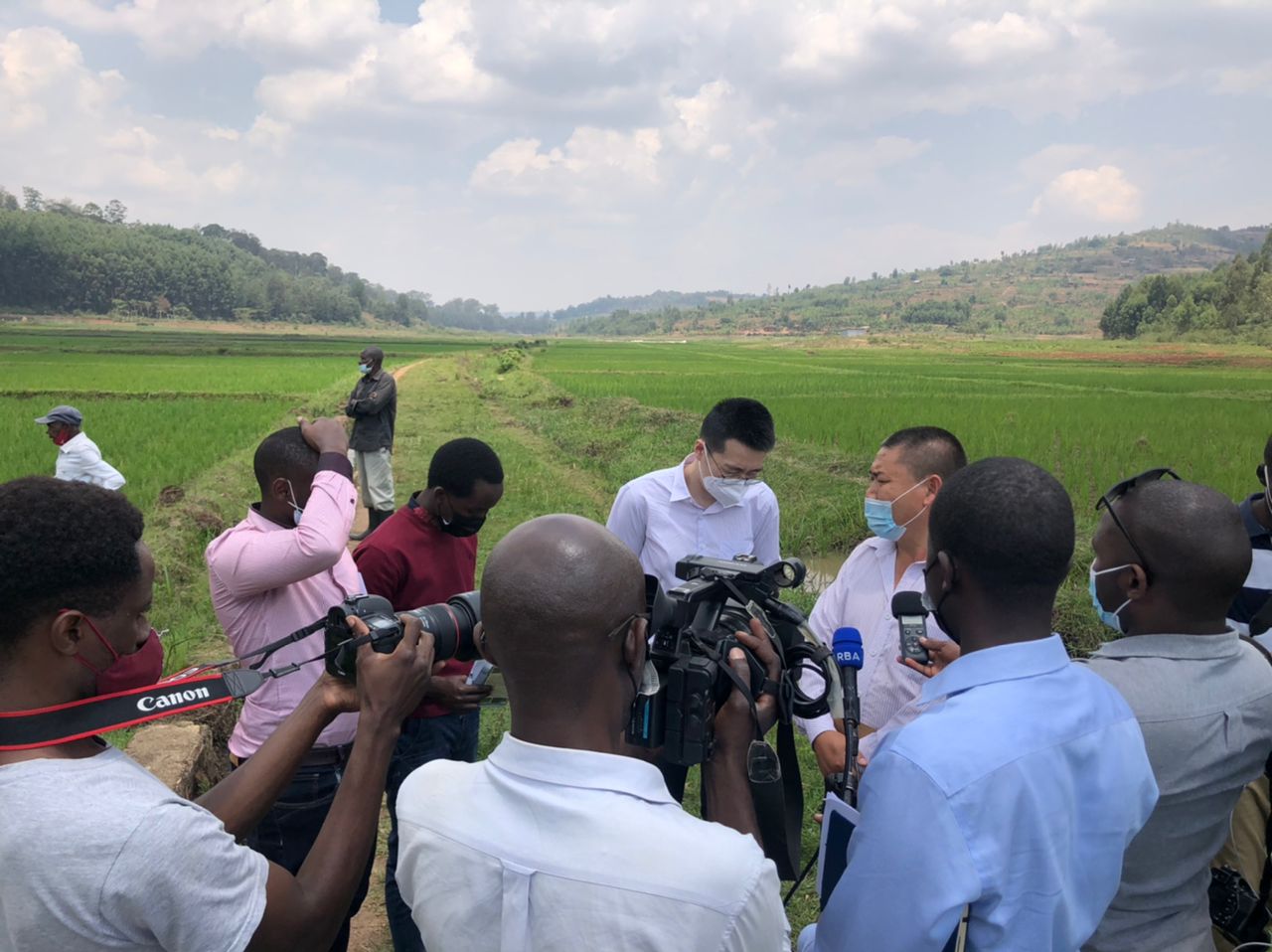