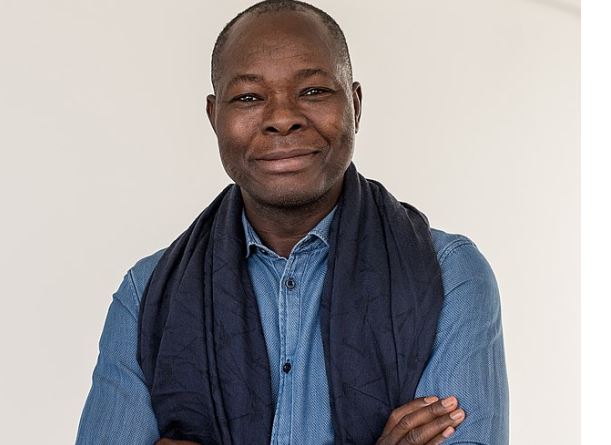 A boy from a village in one of Africa’s poorest nations, gets a rare chance to go to school, then a scholarship, to study carpentry. From such difficult beginnings, somehow Francis Kere, steers a path that has led him to winning architecture’s most prestigious prize. The man himself can barely explain it, but perhaps it is not such a mystery.

“I don’t know how all this happened” said a delighted, but genuinely astounded Kere, to several journalists who, predictably, have beaten a path to his door, or found him through cyberspace.

As anyone interested in the world of architecture now knows, what has happened to Francis Kere, that he finds so difficult to believe, is the Pritzker prize, regarded as architecture’s Nobel prize. 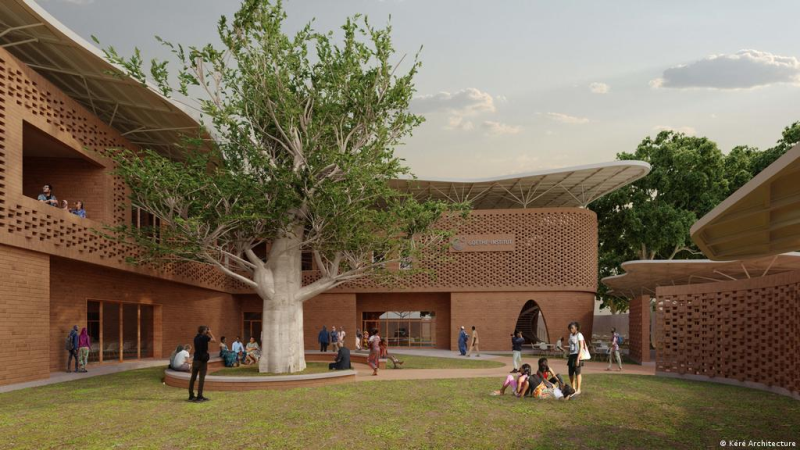 It near half a century of its existence, the profession’s highest accolade, has been the preserve of Western professionals, and even then, among the most privileged of them, men of a certain background.

It might be fair to say, that the judges did not even consider casting an eye towards Africa, until Kere’s work forced their gaze, in its direction. But it must surely be to their credit that they did look. Now, Kere becomes the first ever African to win the prize.

“I hope young people in Africa will see me and know that this is a possible path for them” he said, typically looking beyond himself, at this moment of such triumph.

And his is indeed an inspiring journey, which demonstrates that with commitment, and determination, there is little that cannot be achieved.

The fifty-five year old Kere, was the first person, from his remote, impoverished village of Gando, to go to school. After school, he got a scholarship to go to Germany, to learn a trade as a carpenter.

He recalls that after earning his certificate, he was keen to return home to Burkina Faso, to practise what he had learnt. He was persuaded by his teachers to stay, and continue his studies, eventually qualifying as an architect. 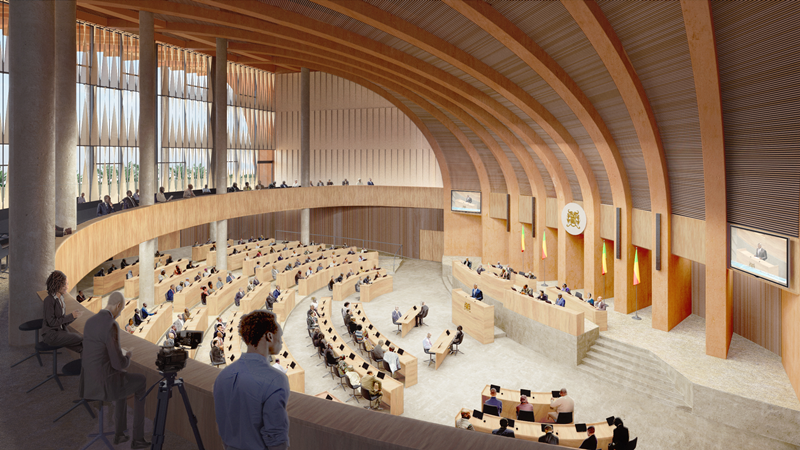 To go to school, Kere had had to go to the nearest town, where he lived away from his parents, until he completed his schooling. It is an experience that clearly stayed with him. His first building as an architect, was a school in his native village of Gando. As is common in such communities, the village contributed whatever they could, to Kere’s education, with the hope and expectation, that he would return to them, to make his own contribution to the community. He more than repaid their faith and generosity. 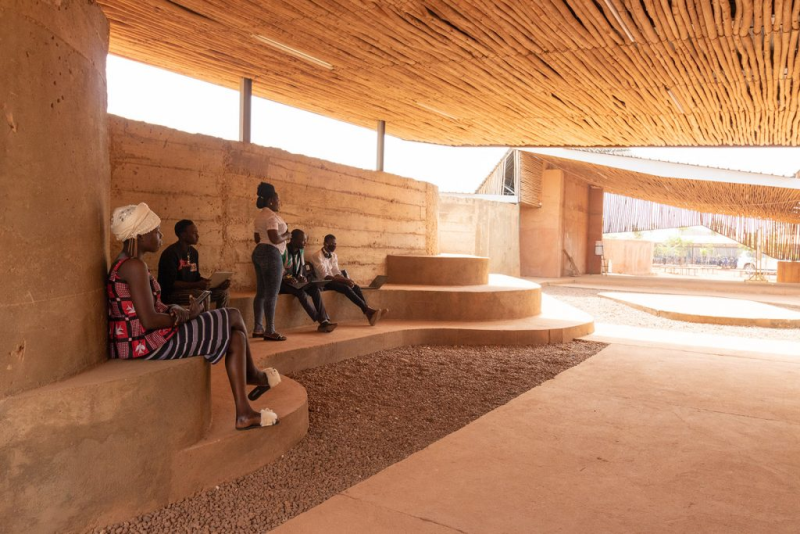 The school was originally for about 200 pupils, but its popularity necessitated an extension, then houses for teachers, followed by a library.

“One thing made another happen, and we began to build a lot in the village” remembers, “then other people discovered my work, and started to ask me to do the same for them.” 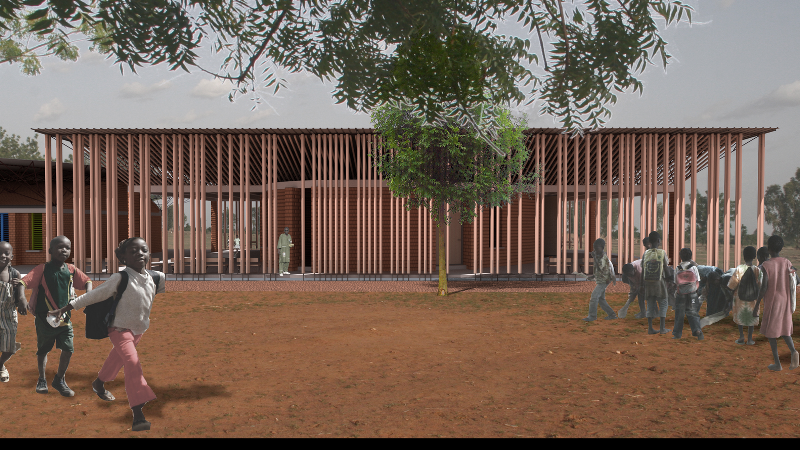 Not only his work, but his method of working began to attract international attention. Commissions in other African countries, including Mali, Benin, followed, and beyond Africa, in Europe and America.

Kere has main maintained the working model he adopted with his first building, the school in Gando. The buildings were not only for the community, but were built with the community. He had to find funding to build, and had managed to raise just enough for the first building. 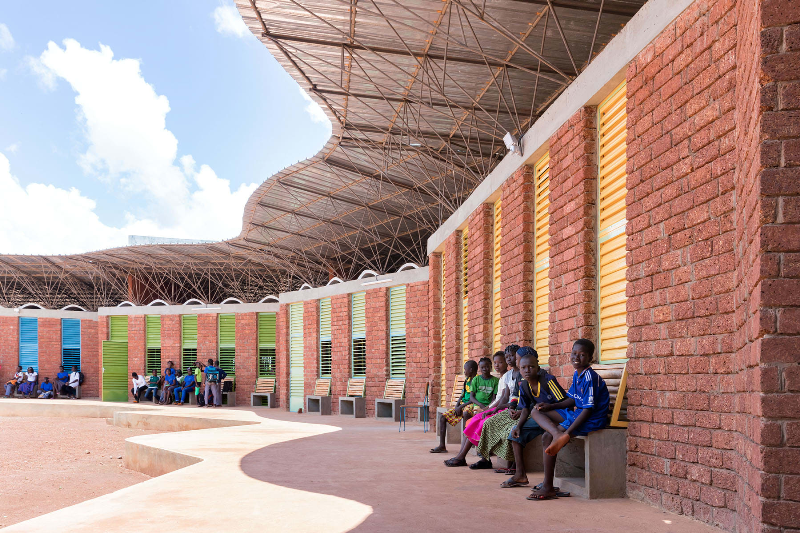 With so little financial resources, and even less, in the way of building materials, in the near desert conditions of is village, he was obliged to train people in the community, before building started. When it did, everyone in the community, men, women, were involved. 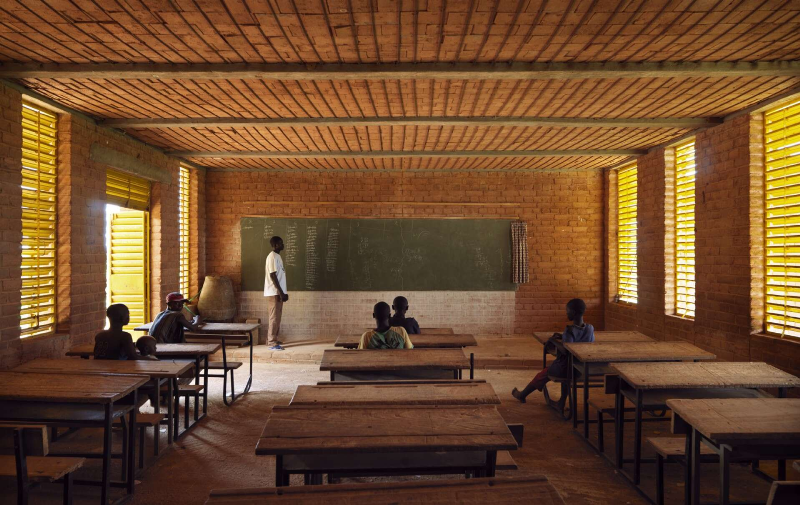 The building used only locally available materials, a particular challenge in the arid conditions of Burkina Faso, where the most readily available building material, was clay. The main problem with clay constructions, was that they could not withstand the rare rains, when they did come. Kere had to convince the sceptical community, that his innovative ideas would render the clay to be weather proof.

The heat in the crowded, roughly fabricated classroom too, stayed in his mind. His new constructions were to have inbuilt natural air conditioning, so the children could a pleasant environment in which to learn. 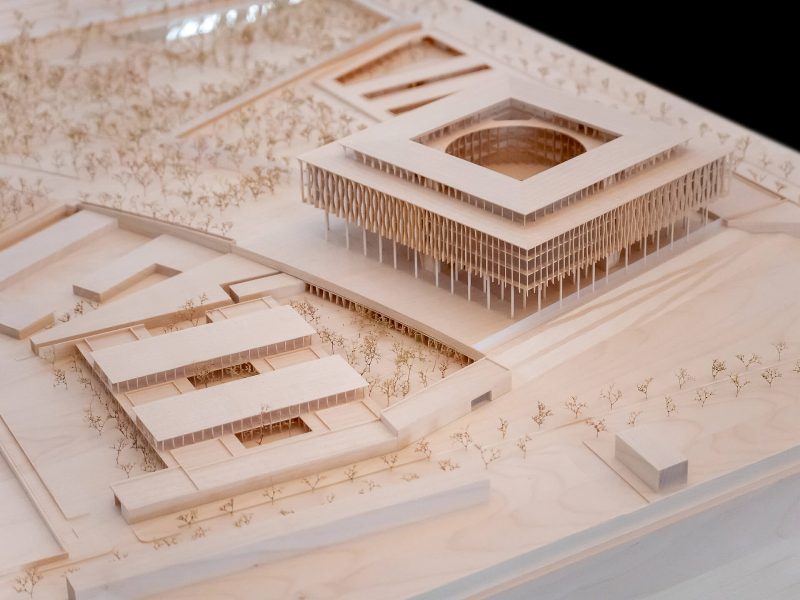 Inevitably, with great international acclaim, commissions for the architect who has his practice in Germany, will be on a much grander scale, than schools and teachers’ houses, important and beautiful though they are.

Much though will remain the same. His model of construction, began in Gando, is unlikely to change. His buildings will still look as if they have naturally sprouted out of the landscape they occupy, and will be emotionally connected to the people for whom they are built. 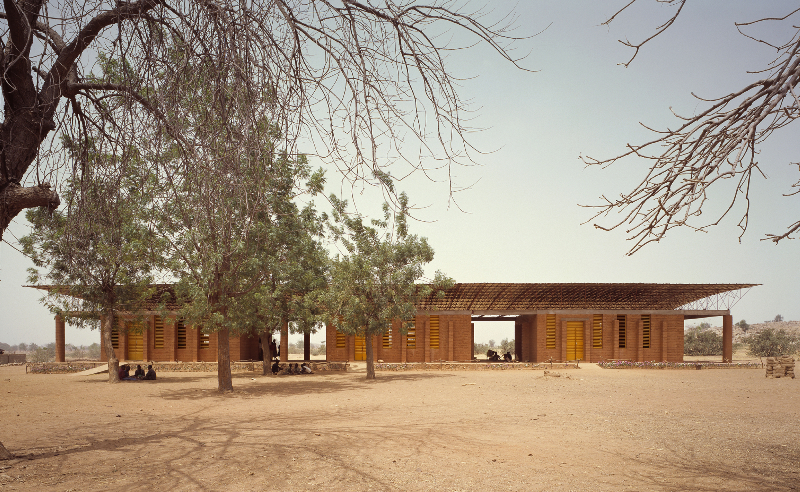