Lions To Roar in Rwanda After Over 20 years 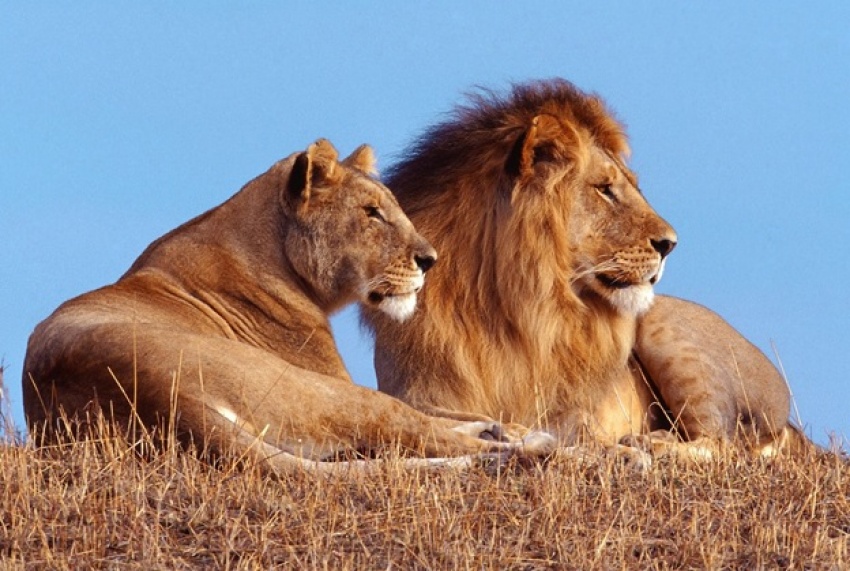 In Just a few days, Rwanda will receive new seven lions from South Africa to re-introduce into Akagera National park.  Rwanda has not been having any Lions since 1990s.

The lions including five females and two males are a donation from Phinda and Tembe Elephant Reserves, both located in South African province of KwaZulu-Natal.  The parks are relatively small and they keep their lion population in check.

On June 29, the already captured Lions will be transported to South Africa’s OR Tambo International Airport, in Johannesburg   and immediately flown to Kigali, on a charter flight.

The deal is a partnership between African Parks and Rwanda Development Board.

On arrival at Kigali International Airport, the lions will be transported to Akagera National Park by road and the entire journey will take 36 hours.

The Lions will be fitted with satellite collars, for Akagera National Park teams to monitor their movements to avoid evading community areas.

“The park will be able to know the location of every lion all time,” said Akagera Park Manager, Jes Gruner.

Reintroducing Lions is a big breakthrough to Rwanda after a deal where Kenya endorsed donating 8 Lions went sour. Kenya’s Wildlife conservation groups opposed the idea in 2014, putting Rwanda on spot to explain the sudden disappearance of the big Lion population in the 1990s.

“Rwandans and visitors will now have the chance to see one of Africa’s Big Five continent’s most diverse national parks, cementing Rwanda’s status of conservation,” she added.

“The return of lions to Akagera is a conservation milestone for the park and the country,” said Peter Fearnhead.

“Restoring national parks to their former biodiversity state is a key deliverable of the African Parks conservation model and we, in conjunction with our government partner, the Rwanda Development Board, are delighted to have been able to re-introduce one of the most charismatic species to this beautiful national park,” He added.

The lions’ selection based on their reproductive potential, the line has young adults, sub-adult females and adult males.

Akagera will keep the predators in a special constructed 1,000m² boma, North of the park and release them into the wild after 14 days.

Also 36 villages surrounding the Park were educated on the dangers of poaching so that history doesnot repeat itself.

In 1990’s Akagera was home to 300 lions but after the 1994 genocide, the big cats suffered extinction y Rwandan returnees who were mainly pastoralists, seeking to protect their cattle.

Africa Gangs-Up With Rwanda For Immediate Release Of Gen Karake