The EU Will Not Sneak A Hand Into Rwanda’s Politics 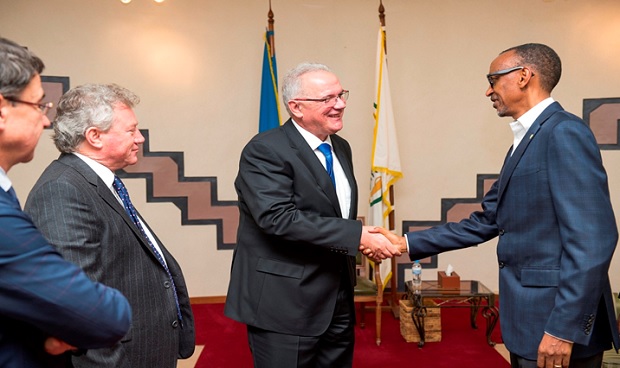 The European Union will not interfere with Rwanda’s local politics after over 3.7 million Rwandans petitioned parliament to amend the constitution.

Neven Mimic, the EU Commissioner for International Cooperation and Development told journalists in the capital Kigali, “The EU is very much in favour of sovereign decisions that are to be taken by sovereign nations in terms of the content of their constitutions.”

Last week, Rwanda senate confirmed a team of seven experts that will constitute a commission tasked to offer technical assistance to legislators scheduled to begin amending the constitution.

However, for Neven Mimic, who met and held talks with President Kagame at his office on Wednesday says that the European Union’s task is to see whether the processes are done rightly and inclusively.

“This is EU’s approach to this linkage between development and political human rights.   We see that this process is underway in Rwanda and we would like to support exactly such an approach as a sole decision taken by the nation,” he told journalists.

Mimic said that his meeting the President “was an excellent occasion for me to re-enforce our strong development partnership that we have with Rwanda.”

“Development could only work in countries with strong leadership, economic, social and political transformation…and this is happening right here in Rwanda.”

The EU envoy arrived on Monday and witnessed the launch of disbursement of EU’s support to Rwanda for next five years, totaling €480 million to support Rwanda’s development agenda.

Why Low Income Earners Own Kigali