Home NewsNational ‘Tough Times Ahead’ – Kagame Said In 2014, But Has 2015 Been As Predicted?
NationalNews 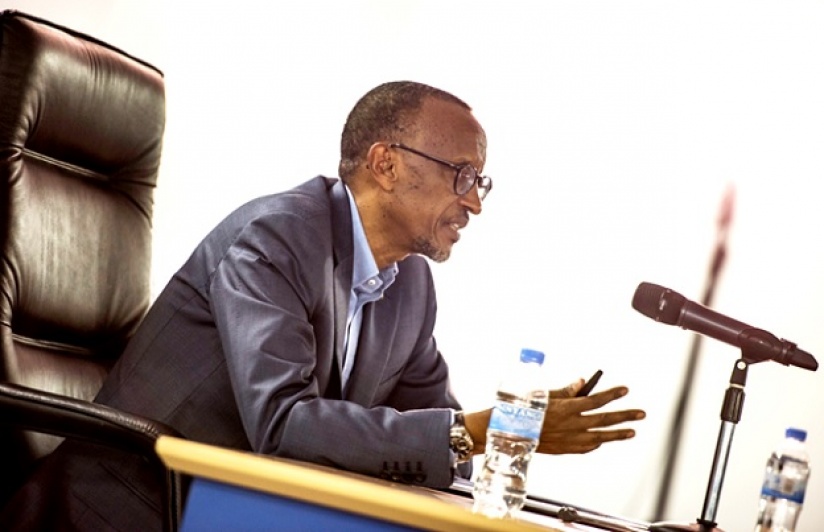 On December 31, 2014, President Paul Kagame proposed a plan for Rwanda during his End of Year Message.

“Whatever we want to achieve in this coming year we can make progress in keeping three important points in mind,” Kagame calmly said.

First, he said, “We shouldn’t avoid change that is inevitable or any other challenge just because they seem difficult.”

The second was that, “each of you [Rwandans] should strive to achieve the goals you have set for yourselves. We have seen that persistence and practice yield results.”

And the third was, “don’t work alone. Find others who share the same goals and work together.”

As the nation listened attentively, minds were spinning, wondering, “what is it that we have to brace for?”

The economy began nibbling in the proceeding weeks of January.

Mineral exports dropped due to a slowdown in global demand, especially from China. Coffee and tea suffered low prices too, despite an increased production.

Inflation continued to test the economy, even though Central Bank governor John Rwangombwa fought hard and contained it at 5%.

The central bank reported that money supply had declined by around 12% around June, shaking off the mainstream pockets and creating some panic and discomfort.

The trade deficit widened further, now surging around 85%, and straining the economy.

January 28, during her visit to Rwanda, Managing Director of the International Monetary Fund, Christine Lagarde, addressed Rwandan lawmakers and said, “Rwanda has to open up and reach out its neighbours for its export oriented businesses to innovate and flourish.” 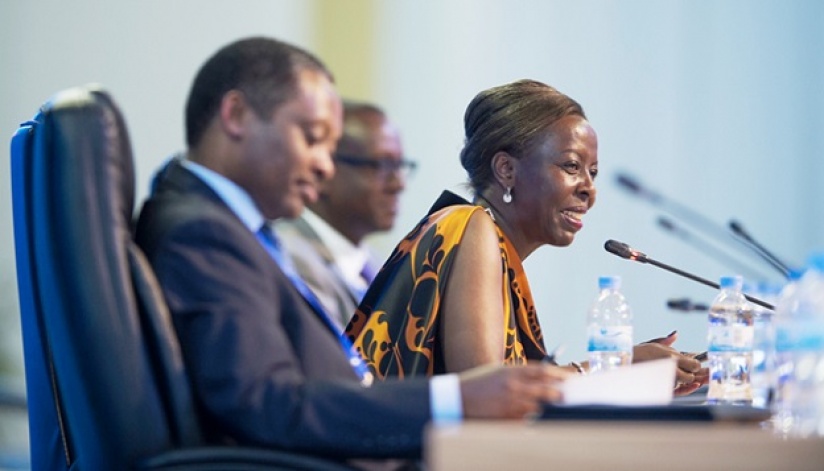 The year began with multiple flares. Hours before the end of 2014, President Kagame had briefed security organs over looming insecurity and demanded they stay put.

There was anticipation of MONUSCO’s failure to respect the disarmament of FDLR at the same time intelligence reports indicated obvious escalation of violence in Burundi.

With a failed coup against President Pierre Nkurunziza in Rwanda’s backyard, the country has now become home to over 50% of Burundian refugees.

President Kagame met his counterpart Nkurunziza at Huye in Southern Rwanda on April 13, 2015 to discuss the crisis, but the defiant Nkurunziza seemed to have come with deaf ears and left Rwanda shrugging his shoulders.

Before the country could take a break from the genocide commemoration, the United Kingdom disgracefully roughed up Rwanda’s chief of intelligence Gen. Karenzi Karake, locking him up and demanded for a million pounds as bail.

The solidarity displayed by Rwandans across the world to protest against his arrest was clear sign the nation had heed to the President’s call of togetherness in his New Year’s massage.

Finally Interpol withdrew all the warrants for the 40 officers, of which Gen. Karake was among.

It did not end there. More tough times continued ticking.

Attorney General and Justice Minister, Johnston Busingye, accompanied by Prof. Shyaka Anastase, CEO of Rwanda Governance Board and Rwanda’s envoy to Switzerland, Francois Xavier Ngarambe  did not enjoy how Rwanda’s allies brutalised them during the Universal Periodic Review (UPR) cycle in Geneva.

As the country presented its second national report on Human Rights, countries such as Switzerland, Sweden, UK, Netherlands, US and others, spent much of their time wagging a finger and accusing Rwanda of human rights violations despite other countries such as China speaking positively of Rwanda, expressing great admiration for its growth record.

Despite a self regulatory media with only 10% of complaints from media against public offices, and  Rwanda being among only 11 African countries which have access to information law, the review in Geneva was starkly negative.

Haiti, a country where Rwanda has deployed thousands of peacekeeping troops to help bring back stability, had no courtesy at all but to accuse Rwanda of discriminating a minority ethnic group, the Batwa. Sadly, two Rwandan female Police Officers were shot dean on December 29, while protecting Haitian civilians.

As the country battled punches thrown from different angles of the world, in the quest to maintain steadfast stature on the global political agenda, Rwanda was also facing fair share of grinding at the regional level.

The spat between President Kagame and Tanzania’s retire President Jakaya Kikwete dragged on and on as relations between the two countries remained slippery. 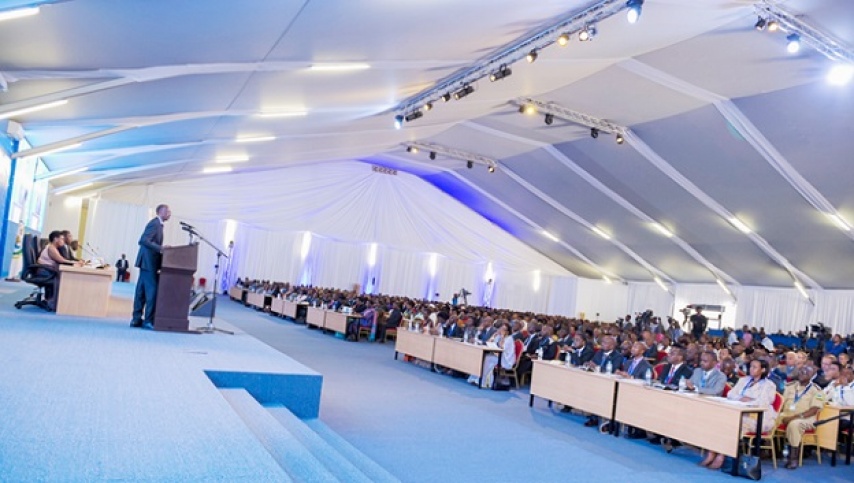 On the local scene, the Democratic Green Party (DGP), the only party against the amendment of constitution, lost a court battle and pleaded to President Kagame as their last resort to block the amendment.

Four million Rwandans took things to another level, by voting 98% in favour of the revised constitution despite enormous pressure from Rwanda’s development partners.

The disappointment was a strange behaviour displayed by the two camps. One, the elite who votes “Yes” in defiance to the Western’s arrogance. The other camp, majority of the population simply voted in favour of the revised constitution in demand for another term for President Kagame.

From the Western script, this was undemocratic and off they began attacking President Kagame. U.S Ambassador to the UN, Samantha Power attempted hard to discredit President Kagame and the whole exercise.

This was happening at the time when the US State department and the European Union were busy arm-twisting the country behind scenes.

But one thing to reckon with is that embassies and diplomatic representatives were having it hard to conduct proper espionage as the country prepared to go into a referendum. Everything happened while they were on holiday and were not able to read anything from inside Rwanda.

They expected protests and bloodshed on the streets, but nothing happened. They all went silent the next day. President Kagame must have lost count of push-backs from donors after the amendments process began.

Interestingly, something not even those believed to understand and predict Kagame’s character, were caught off guard when he made what is regarded as a historic turn around.

During the just concluded national dialogue (Umushyikirano), Kagame responded to all the statements, arguments by making perhaps one of the biggest policy announcement:

Believed to be a hard-die to his point of view, Kagame said his government will deal with the criticism that’s been around since he came to power.

“I want to promise critics that, where we are still weak is not because we did not try. We will try and do better. I am sure, people will understand that ultimately we are doing it for ourselves, not that we have to listen to anyone or please anyone.”

On a positive note 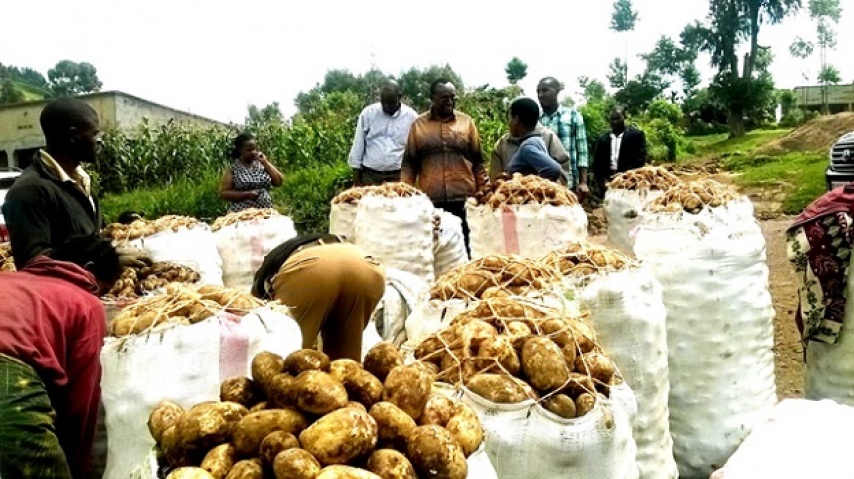 If anything to go by, Rwanda has ended the year with a lot to be thankful for and a toss to some exciting success. Four major global recognitions. The Global Competitiveness Report of 2015 ranked Rwanda as Africa’s most efficient government followed by Mauritius and South Africa and the 7th most efficient globally.

Rwanda ends the year as the Best Place to be a Woman in Africa and 6th globally, according to the Global Competitiveness Report (2015). This is also in addition to the World Bank’s ranking of capital Kigali among the six top cities in the world that demonstrate global competitiveness.

Unless there are demons in the country, Rwandans have all reasons to be thankful for the accolades.  This, however, like President Kagame says, has to be maintained and no slipping back.

“Rwandans will not be satisfied to live paycheck to paycheck, harvest to harvest, without accumulating wealth and financial security,” he said during Umushyikirano.

But for this to happen, as the country looks forward to yet another challenging year, “We choose to stay together, to be accountable, and to think big. And we do it all with dignity, responsibility, and love.

“In other words, we must own our future.”