Rwanda’s King Of The Jungle Expectant 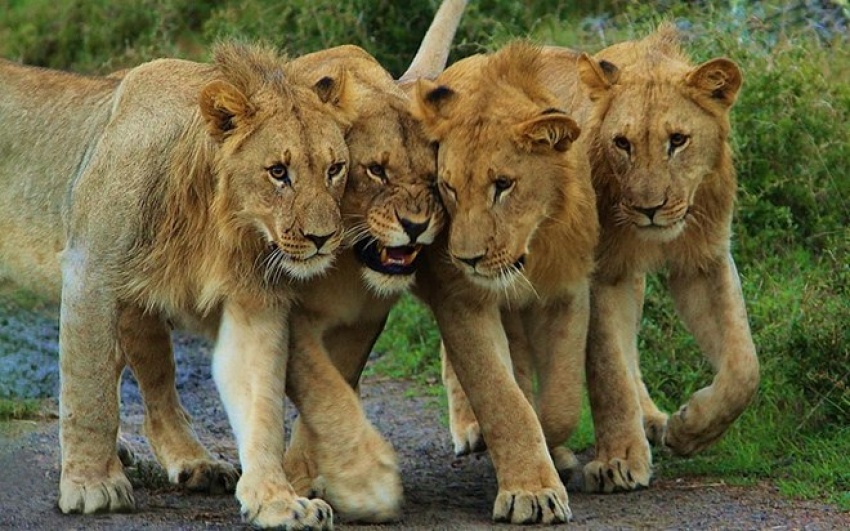 Lions in their natural habitat

There is excitement at Rwanda’s Akagera National Park as the lionesses introduced last year are showing signs they will deliver cubs very soon.

“Looking at their behaviour today, we presume that two lionesses are pregnant and may give birth in couple of months,” Jes Gruner, the manager of Akagera National Park told KT Press.

Gruner said their bellies are becoming relatively massive, and their movements declining, which are some of the signs they could be pregnant.

It is just in a couple of months that tourists to the national park in Eastern Rwanda will have an opportunity to see a complete family of the lions with cubs.

The lions were brought to the park in June 2015, filling a gap that existed since 1990s when lions became extinct.

Science says both male and female lions become sexually mature between 24 and 27 months.

Before its is four years, a female can give birth to her first offsprings, with a gestation period of 100 to 120 days.

Gruner said, a lion can produce up to four cubs, “but chances for all of them to survive is not a hundred per cent because of predators, like hyenas in the park.”

Meanwhile, the Rwandan lions are fine, with their main prey being warthogs, zebra and buffalos.

Normally, for a lion to afford a buffalo there has to be a deadly fight between the two. One would be worried that the handful lions could lose in such fights which would again decline the population of the big cats in the jungle.

“Lions are too wise; they only target weak buffaloes, like the old, the sick and the young ones. They avoid risky attacks of strong beefs,” says Bruner.

Rwanda is planning to bring rhinoceros this year to Akagera, to complete the number of the Big Five which include lion, elephant, buffalo, leopard and rhinos.

Gruner is thankful that Rwandans are flocking to the park after the lions were introduced. Last year, the number of visitors was 32,000, with Rwandans representing 44% of this number.