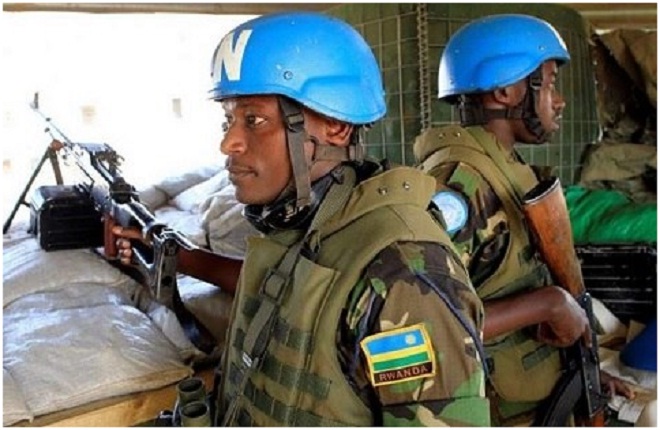 Civilians caught up in the middle of armed conflicts may become safer as the world adopts Rwanda’s values on protection of civilians.

These values known as the ‘Kigali Principles’  require countries contributing to UN peacekeeping troops to always send well trained peace keepers and to intervene without delay in a country where an armed conflict is killing civilians.

The United States is the latest country to become signatory to the ‘Kigali principles’.

So far 24 countries have become signatory to the Kigali principles but Rwanda wants all UN member states to endorse these principles effected since May 2015 with just 8 countries.

Rwanda is among the top UN’s force contributing countries including; Bangladesh, Ethiopia, India, Pakistan and Rwanda.

The list include countries that contribute the largest number of peace keepers in the world; Bangladesh, Ethiopia, India, Pakistan and Rwanda. The countries contribute 36% to the UN’s force.

Netherlands, Uruguay and Uganda are other signatories.

Rwanda is currently contributing nearly 6,000 troops, and top on this list, Bangladesh contributes around 10,000 troops.

Signatories also include countries that contribute largely to the UN peacekeeping budget like Italy and U.S. The latter is the top contributor, with 28 per cent share.

On May 10 in New York, Rwanda and the Kingdom of Netherlands co-hosted a high level meeting on “The Future of Civilian Protection in Peace Operations: Endorsing and Implementing the Kigali Principles.”

Eugene Richard Gasana, Minister of State in Charge of Cooperation and Rwanda’s Permanent Representative to the UN, the Kigali Principles were born out of frustration of Rwanda, then other troops and police contributing countries.

“As much pride as there is in Africans making up a substantial number of the blue helmets on the ground, serving in places where there is no little or no peace to keep, it is distressing that the majority of UN peacekeeping missions are taking place on our soil,” he said.

Belgium, Estonia, Guinea and Djibouti adopted the Kigali principles a day before this meeting also held in collaboration with the Global Centre for the Responsibility to Protect.

Top three largest missions are in Africa. The United Nations Stabilization Mission in Democratic Republic of Congo (Monusco) is the largest ever, with over 22,000 peace keepers and has consumed $ 1.3 billion of budget, according to UN.

About the Kigali Principles

The Kigali Principles consists of 18 pledges seeking to send professional peace keepers, to intervene without delay and to assure a financial independence among the contributing countries.

For example, countries committed to train all of their troops on the protection of civilians prior to their deployment to missions.

They will also be prepared to use force to protect civilians, as necessary and consistent with the mandate and to take direct military action if it is clear that armed actors have a hostile intent to harm civilians.

They will avoid unclear delay in protection of civilians. Such delays and reluctance cost Rwanda a million Tutsi during the 1994 Genocide against Tutsi.

“When history looks back at our actions, we must impress that we took every step necessary to save lives,” says Gasana.

These countries also provided for establishing a ready troop for a rapid deployment which would also avoid speculations while civilians are perishing.

To defy an indifference to a suspicious situation once on ground, like what happened to Rwanda when UN troops kept quite as Interahamwe were training, the signatories vowed to always report a looming incident.

Contributing countries will always report any case of financial incapacity for the UN to support or they will advise on deployment, but they will also strive to be self-sustainable.

Countries vowed to take disciplinary action against their own personnel if any.

Another FDLR Commander Escapes From DRC to Rwanda