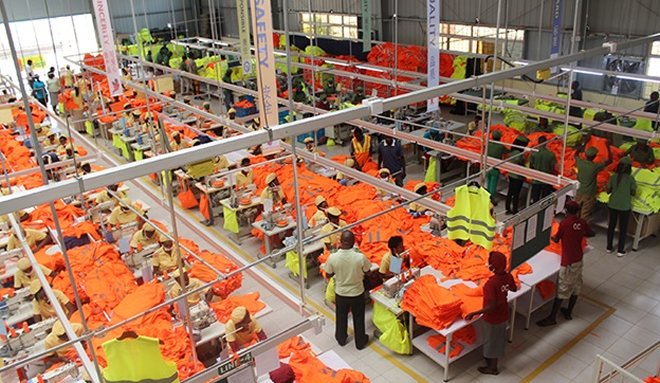 Foreign Direct Investments (FDI) to Rwanda have increase by 78.1 per cent according to the latest Foreign Private Capital Census (FPC) 2015 report released by the central bank.

“It is due to high confidence of foreign investors in Rwanda and the country’s attractiveness to  foreign investment,” the report reads in part.

Mauritius investments in Rwanda are leading with $ 113.5 million followed by Switzerland $ 106.2 million.

The United States of America and Luxembourg come on third and fourth positions with $ 70 million and $ 52.6 million worth of investment respectively.

Top ten sectors of activity accounted for 96 percent of all FDI inflows in 2014. $ 136.2 million came from mining while ICT sector investment amounted to USD 116.1 million.

ICT investments reached USD 453.4 million. Some investments that could have led to this would be the Olleh Rwanda Network (oRn), a Korean venture which is providing 4G internet to Rwanda.

With a current population coverage upto 30%, oRn targets to cover the entire country in 2017.

Flagship investments that were registered in 2014 include C&H garment in textile industry, Advanced Factory Units (AFUs) in call center manufacturing.

Bella Flowers has excelled in production and export of cut flowers, while Positivo has gained ground in computer manufacturing.

According to the report, for the last seven years (2009-2014), a total of 338 investments projects fully owned by foreign investors or in joint ventures with local investment have been registered with pledged investment value of $ 2,607 million and planning to create 55,141 jobs.

In 338 pledged projects, 211 are operational, 69 are in implementation phase, and 32 have closed, while 36 remain committed to start their activities.

The performance is attributed to several reforms in doing business including; a tax holiday of up to seven years, government’s protection of investments, settlement of disputes, transfer of funds and special economic zone facilitations.

Country ranking in doing business and investment by credible global institutions also is believed to have indicated that Rwanda is one of the best areas to do business.

According to World Bank doing business, 2015-2016 Rwanda improved its world ranking to 46nd position in the world, up from 48th the previous year. In Africa, Rwanda retained 3rd position and number one in the East African Community.

Rwanda ranks among the top 10 in: starting a business, government spending, foreign Direct Investment rules and procurement of advanced technology.

The country is also among countries with least burden of government regulations and least cost of crime and violence.

In 2014, the overall net profit of foreign companies that registered in Rwanda amounted to US$ 46.5 million dropping from US$ 73.6 million this year.

The profit decreased in 2014 compared to 2013 is explained by the newly registered companies in 2014, many start-ups in recent years and low profitability for existing companies.

The major profitable sectors were finance and insurance specifically in banking sector, manufacturing and agriculture.

The census collects information required for compilation of the country’s balance of payments, international investment position statements and determines the magnitude and trends of foreign private capital in Rwanda.