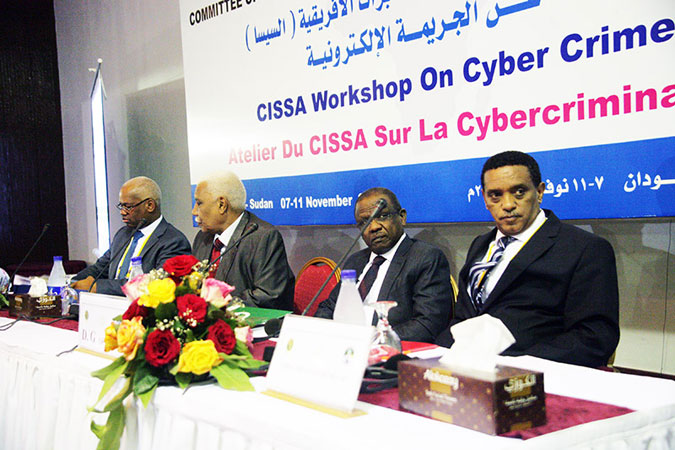 Members of CISSA during a conference last year

Spy chiefs from African countries are coming to Rwanda to rally against the abuse of international justice, which is on spot over losing universal identity by just targeting African leaders.

Under the 13th Conference for the Committee of Intelligence and Security Services in Africa (CISSA), participants from 51 African countries will discuss “Countering the growing threat of abuse of Universal Jurisdiction Against Africa”.

The annual conference that takes place on rotational basis among AU member countries will be held at the recently launched Kigali Convention Center from August 1st through 6th.

According to a communiqué from Rwanda National Intelligence and Security Service (NISS), the theme “will offer an opportunity to underscore how Rwanda fell victim of this abuse from Western powers that, instead of bringing to justice genocide perpetrators and deniers living in their countries target those who stopped the genocide against the Tutsis.”

Rwanda suffered the 1994Genocide against Tutsi where more than one million Tutsi perished within 3 months.

Thousands genocide perpetrators are still on the run in many European countries.

The countries have made their arrest and deportation a debatable issue despite Rwanda having sent arrest warrants against the fugitives.

Rwandan authorities who played a big role in stopping the genocide became the target of such countries.

Recent case was last year in United Kingdom where former NISS boss, Lieutenant General Karenzi Karake was arrested in June 2015 by the British Metropolitan Police on a European Arrest Warrant based on a controversial 2008 Spanish indictment of war crimes.

British court dropped the case in August 2015 after realizing it was baseless allegation.

After documenting the bias of international justice, the Kigali conference will bring strategies on how to reverse the courts’ trend of targeting only Africans.

Most of the countries on African continent can make an argument how the international jurisdictions are being dangerous against the continent.

During the African Union Assembly that was concluded in Kigali on July 18, Joseph Chilengi, President of Economic, Social and Cultural Council (ECOSOCC) dismissed the arrest warrant that was issued against Sudanese President Al Bashir.

He said it is a result of corruption inside the International Criminal Court (ICC).

“We view it (ICC) as a court that represents the third of the world population, where we have USA, Russia, China and other world largest democracies,” said Chilengi.

In Kigali AU country members reiterated their common understanding of ICC abuse against Africa and the need to withdraw from it.

Rwanda considers CISSA conference another opportunity to showcase country progress 22 years after the genocide that had left the country considered a failed state.

One of the achievements is in ICT domain; NISS will introduce a paperless conferencing system.