Another 8500 university graduates have this afternoon been added to the Rwandan labour market after they were awarded degrees from various academic disciplines.

The massive graduation ceremony presided over by President Paul Kagame was held at Amahoro Stadium. The students graduated from 6 colleges that make up University of Rwanda.

“Graduation does not mean life gets easier. Challenges ahead are what your education prepared you to face,” President Kagame told the graduates.

“You have to compete to get a job,” he said adding however, that to deal with that job scarcity, being creative to earn a living is the exit point.

In any case, the graduates have to bear in mind that they cannot sit back.

“You are now joining your parents as partners who work side by side to build our country,” said the president.

“Education means responsibility. The progress of our country can only be founded on the skills and education of its people.”

The 8500 students who graduated today are more than four times the number of graduates the country had 30 years ago.

Until 1994, Rwanda had only 2000 graduates in a population of 7.4 million, according to available statistics from Ministry of Education.

After the genocide against Tutsi in 1994, the number of Rwandans with University degrees has grown to 500,000 as of last year.

However, the country still has a long way to go as the figure merely represents a 4.2% of the country’s 12 million population.

Rwanda needs at least 1.2 million graduates to attain the 10% minimum acceptable level for a country to attain realistic economic growth and development.

However, a lot still needs to be done to meet this standard. Over 75% of lecturers with PhDs in the country are expatriates-making it difficult for the government to work with people lacking knowledge about the core roots to its development.

The Chancellor of University of Rwanda, Dr. Mike O’Neal, assured the President that the University is working hard to produce the best skilled people.

“The University of Rwanda is here to make the 21st century an African century,” he said.

According to Webmotrics.info, a Germany based university ranking organization, UR was ranked 8000th among 20,000 world universities in 2014. Currently, it is on 5000th position.

Of the 8,500 graduates, only two were awarded PhDs, 324 masters, 687 diploma (post-graduate) and 6,365 conferred upon with undergraduate bachelor’s degrees.

Of the graduates, 3039 are female representing 36% compared to 5403 male(64%). The number of female graduates has declined by 3% compared to last year.

The ceremony was attended by over 20,000 people including the graduates, their parents, members of academic staff and other guests. 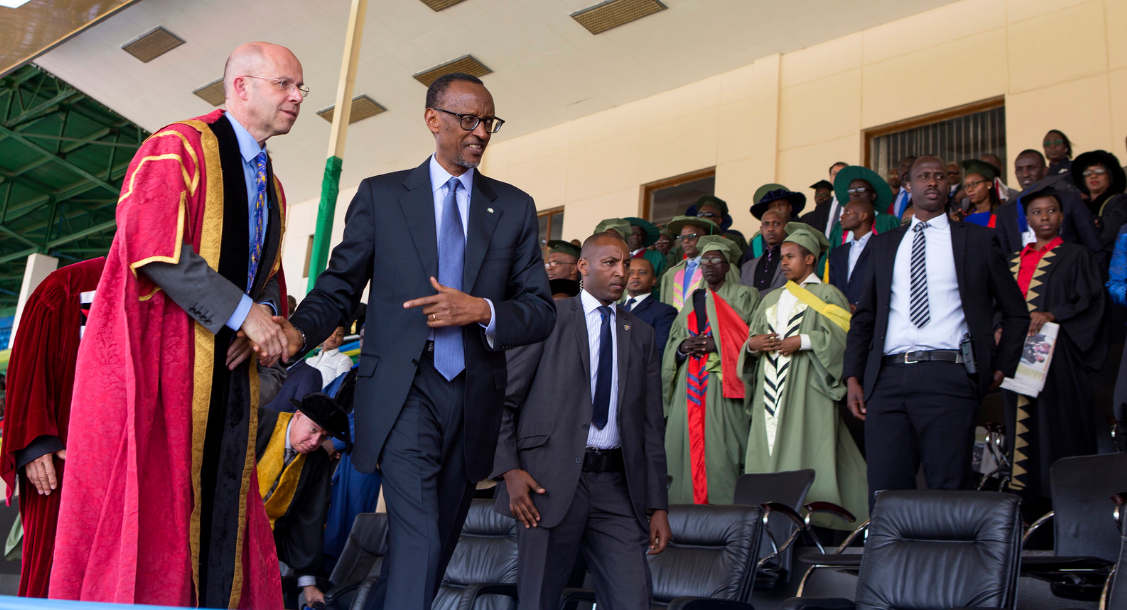 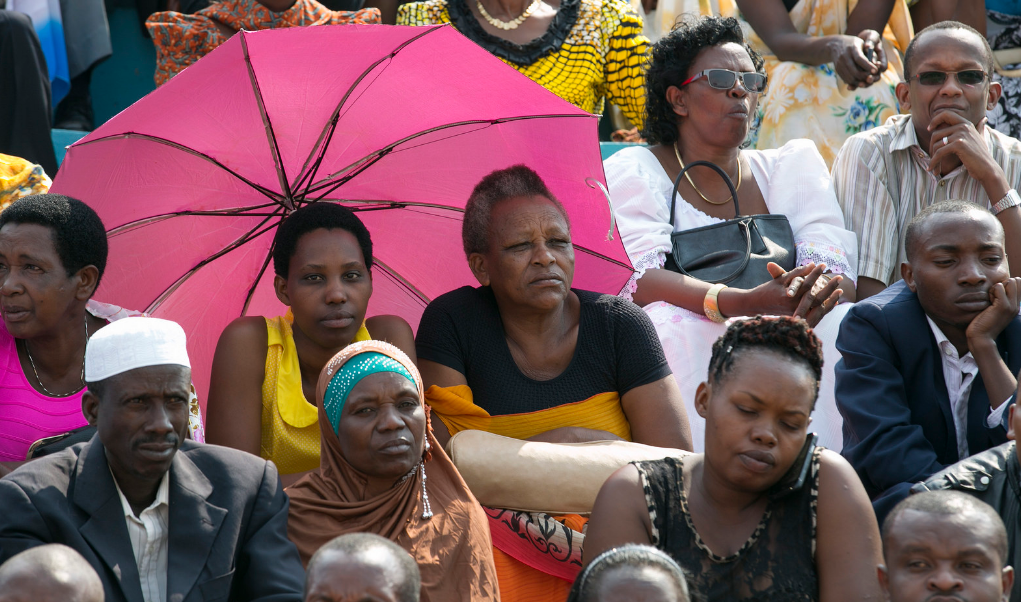 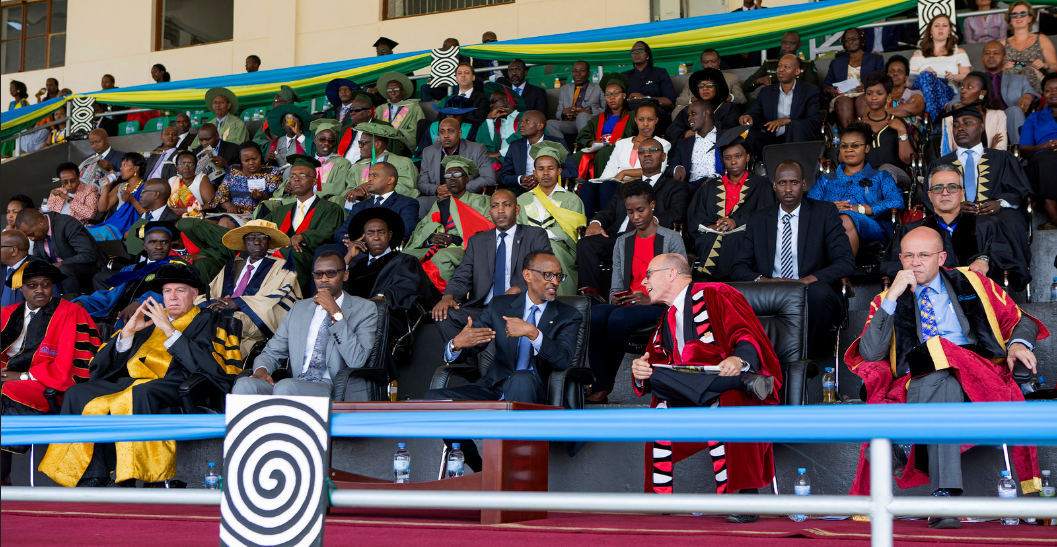 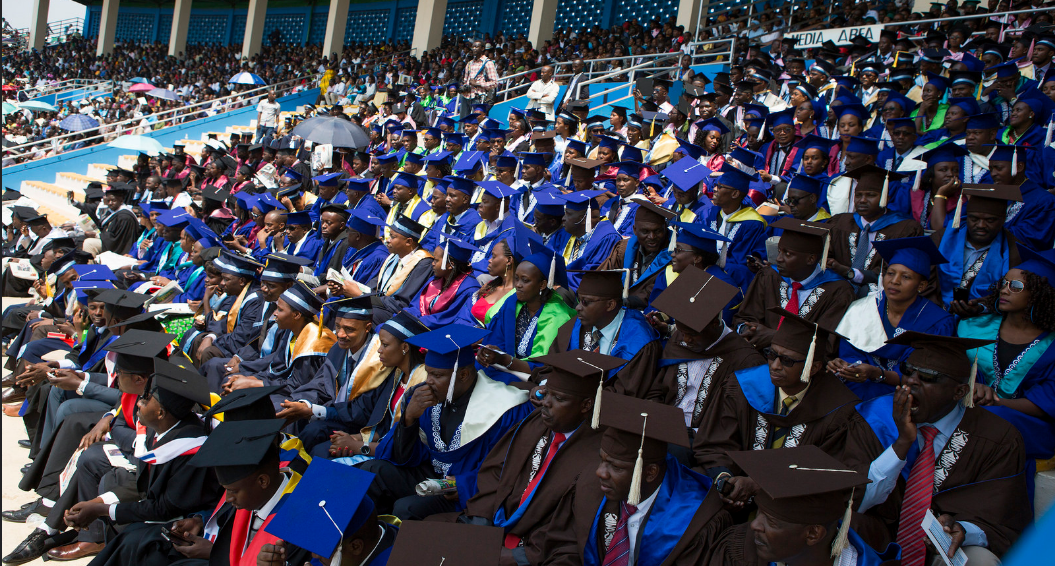