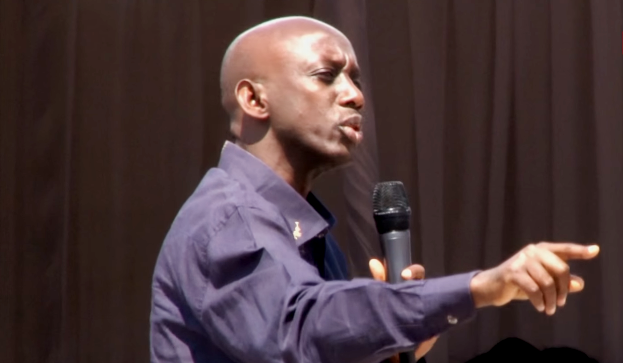 It was June 23rd early morning this year, when Lucien Kamanzi was arrested by Police from his new work place in Ngoma district.

A police investigation had found that in 2012 when Kamanzi was executive secretary of Kinyonzo cell, Kazo sector in Ngoma district, he connived with a resident to create a  ghost project and obtained Rwf 1.2 million meant for the poor.

However, residents in the village became suspicious of the project and informed police. Kamanzi insisted he used his money but his accomplice pleaded guilty and paid back his share.

At least one local leader in every sector has stolen some money meant for VUP- an Integrated Local Development Program.

Under this initiative, government identified 240 poorest sectors where VUP money is allocated to support initiatives that would accelerate poverty eradication, rural growth, and social protection.

The initiative was launched in 2008. However, immediately some local leaders found a loophole to directly steal the money, finance ghost projects or embezzle in unsuspecting ways.

Complaints began popping up from beneficiaries accusing local leaders of not providing the intended support. This prompted independent audits including one from the office of Auditor General.

More than 270 officials at various levels have since been implicated and arrested for mismanaging money for the poor while others have been sentenced to jail.

Francis Kaboneka, the Local government Minister has sought intervention from members of the District Administration Security Support Organ (DASSO) tasking them to keep a watchful eye on every penny of VUP.

“You must watch out for people who doctor documents. You should name and shame any person who abuses these programs irrespective of his or her status,” he said.

In January this year during a workshop for DASSO coordinators from across the country, Kaboneka said “You need to ensure that in the implementation of VUP and several other social services, there is no element of fraud. We shouldn’t also have ghost beneficiaries for these services otherwise; it is your role to ensure transparency as people charged with security.” 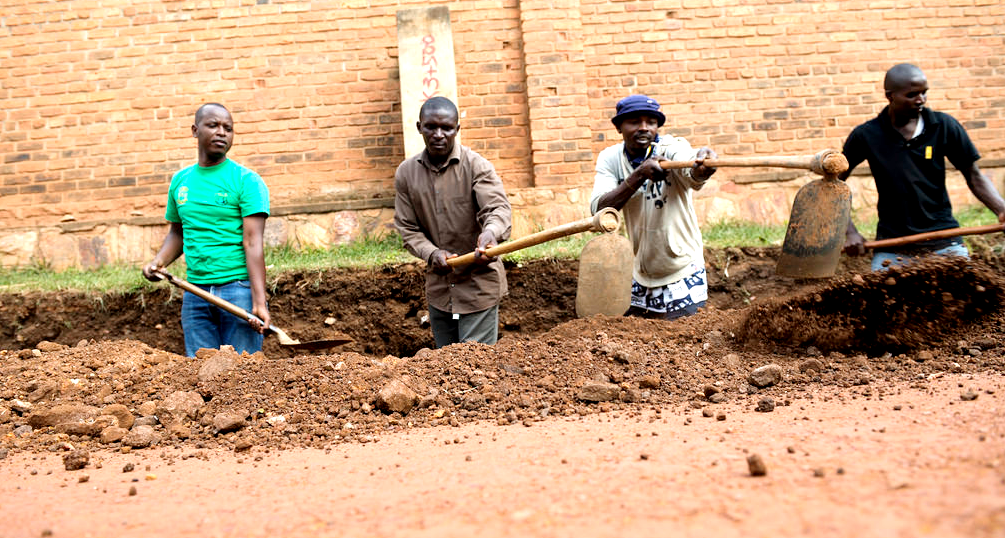 Since 2008, about Rwf27 billion has been allocated to VUP program.

Initially, about Rwf4 billion ($10 million then) budget was used to support only 30 sectors from which the poorest citizens that need immediate support received interest free start up loans, temporary jobs on public works’ sites and the direct cash to fragile residents.

With such colossal amount of money insight, some local leaders have been tempted to connive with beneficiaries to create ghost projects and share the loot.

According to Police spokesperson for Eastern Region, Inspector of Police Emmanuel Kayigi, “The local leaders are alleged to have signed documents attesting to the existence of the ghost cooperative and as such, the cooperative received Rwf2.5million from VUP.”

Since 2008, a total of Rwf 1.25billion of VUP money has been stolen in Eastern Province alone. Of this total amount embezzled Rwf1billion (representing 80%) was spent on ghost projects.

Investigations have indicated that Eastern province made of seven districts has been hard hit by misappropriation of VUP funds. About Rwf900 million went into ghost projects formed as a route to swindle the funds, while about Rwf350 million was pocked during different other initiatives.

For Western Province, over 30 local leaders have been implicated in VUP scandals-some were arrested while others are being investigated. Out of this number, about 20 local leaders are from Nyamasheke district alone.

About 40 local leaders in Nyabihu district have been imprisoned while others are being investigated for their hand in swindling VUP funds and other rural development initiatives.

Similarly, residents of Busoro sector in Nyanza district accused Janvier Mugisha- their  executive secretary in charge of social welfare for misappropriating over Rwf3m intended to help poor people in a VUP initiative. Two other local leaders in Nyabinoni sector in Muhanga district were arrested over mismanaging VUP funds.

Meanwhile, in Gisagara district, 10 local leaders were questioned over a similar scandal, while in Kamonyi district, 3 leaders in Ngamba sector, were arrested for mismanaging the crucial social protection program.

Last month, former Gicumbi district mayor in Northern Province, Alexandre Mvuyekure was arrested in connection with VUP money worth Rwf33.4million he swindled when he was Executive Secretary. He was arrested along with Mukunzi Faucas- his successor in the sector. The dual are accused of presenting false reports on use of VUP funds.

With, the rate and extent of misappropriation of public funds, the Auditor General’s investigations have been very instrumental in pointing to suspects and amount of funds. This has effectively assisted in the arrest of suspects.

According to 2015-2016 Auditor General’s report, finances crimes involved embezzlement of Rwf11.5bn. By last year, according to office of the prosecutor general, VUP scandals involved the Rwf101 million swindled by local leaders.

According to available data from office of the prosecutor general, this year alone received 100 dossiers implicating local officials in mismanagement of funds meant for the poor.

While hundreds of local leaders have been arrested in connection with mismanagement of public funds meant for the poor, the government is still unaware of the exact money stolen and the number of people involved in order to bring them to book.

Laetitia Nkunda, Director General of Local Administrative Entities Development Agency (LODA) which oversees development projects at the grassroots level, told KT Press that her office has a full list but cannot be availed to media.

“These reports are normally confidential. We file them to local government Ministry which also forwards to other concerned institutions,” she said.

Police has been given a serious task to come up with official figures and arrest everyone involved in mismanagement of these funds.

Sheik Hassan Bahame, Director General of Social welfare in the Ministry of local government told KT Press that with police involved in the hunt exercise, a clear report will soon be available for all culprits to face justice.

Without the initiative, Bahame told KT Press, “It could not be easy for us to track all local leaders who stole the money.”

“We have set up a team at each district to work closely with police and give us a clear report on the amount of money that has been swindled through VUP projects. We will later publish a report with all details,” Bahame told KT Press.

“VUP faced several challenges particularly in the beginning of the program but has been stabilizing over the time though some local leaders have been taking advantage of poor people and use them for personal gain,” he said. 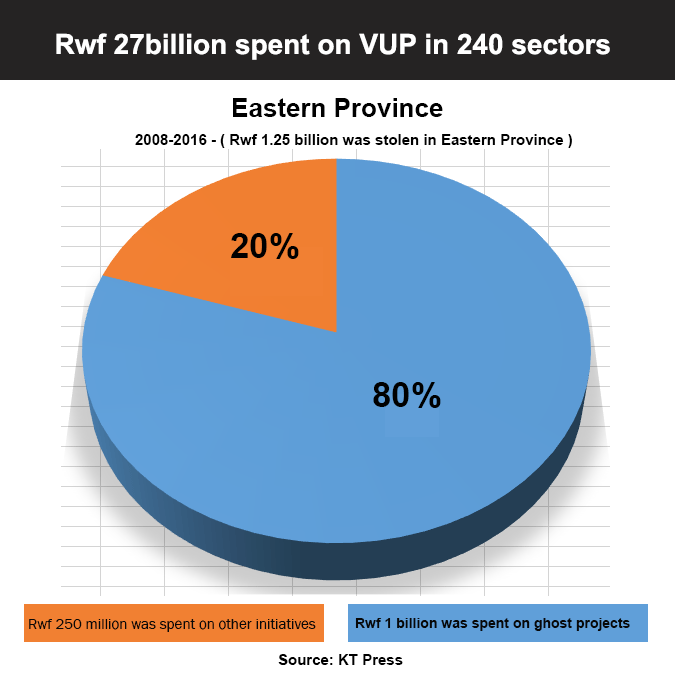