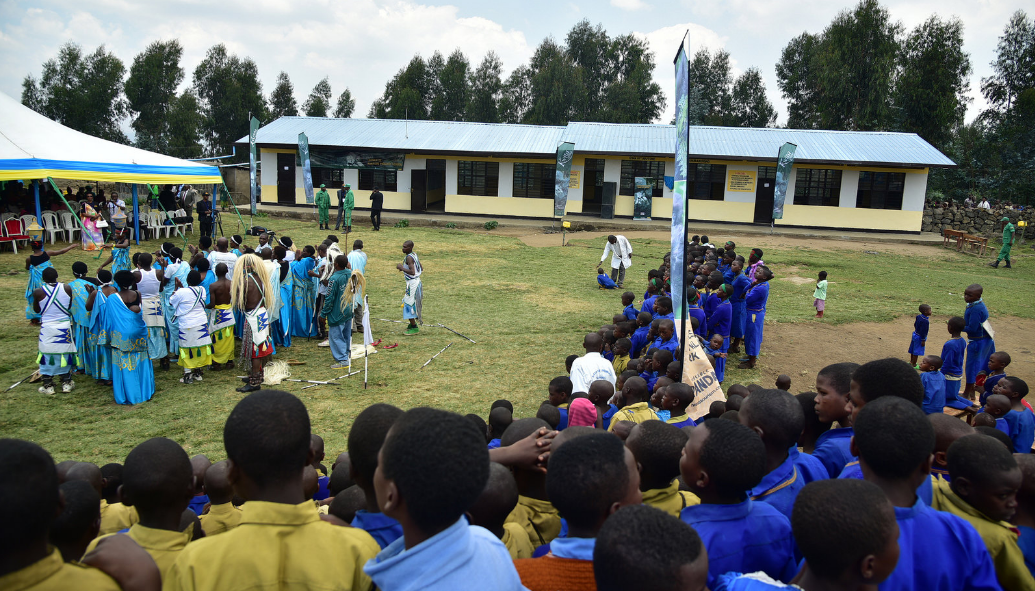 The government of Rwanda has handed over seven new classrooms to Kanyove Primary school built for a community at Mukamira Sector in Nyabihu District.

Kanyove school is located at the outskirts of Volcanoes National Park. The new classrooms were built by revenue collected from tourists that visit the park.

Since 2005, the government adopted a tourism revenue sharing scheme under which communities living near touristic sites get a 5% share of annual revenue generated from the sites. Since then, about 480 projects have received support worth Rwf 2.63billion through the tourism revenue  sharing scheme.

The new classrooms are a great bonus to the community that is also preparing for a colorful Mountain gorilla naming ceremony-Kwita Izina- scheduled on September 2.

Belise Kariza, the Chief Tourism Officer at Rwanda Development Board (RDB) said as tourism contributes massively to the growth of the economy, RDB promotes the well-being of members of local community.

“Residents of Nyabihu District play a key role in the conservation activities of Volcanoes National Park, which generates the most income of Rwanda’s tourism,” she said.

This money is given in form of essential infrastructure the communities need on top of projects that improve their welfare.

The bottom line is to safeguard wildlife that previously suffered poaching and wildfire among others.

In the 2015-2016 financial year, Rwanda earned $318 million from tourism and the parks contributed greatly to this amount.

Kanyove Primary school is part of three projects that were planned this year in the context of sharing tourism dividends among the communities neighbouring parks.

Other activities that are planned as part of the naming ceremony include a gala dinner at Kigali Convention Centre on August 26, to raise funds for future projects.

From August 27-29, Kwita-Izina Conservation and Tourism Exhibition will be held alongside the conference at Kigali Conference and Exhibition Village, former Camp Kigali.

Between August 27-September 2, familiarisation trips for trade and media have been organised to showcase Rwanda’s diverse offering.

September 2 is the event climax in which twenty-two mountain gorilla babies will be named by a group of esteemed Namers, invited for their valuable contribution to conservation efforts globally, and for their friendship with Rwanda.

The new classrooms also have a water tank for rainwater harvest 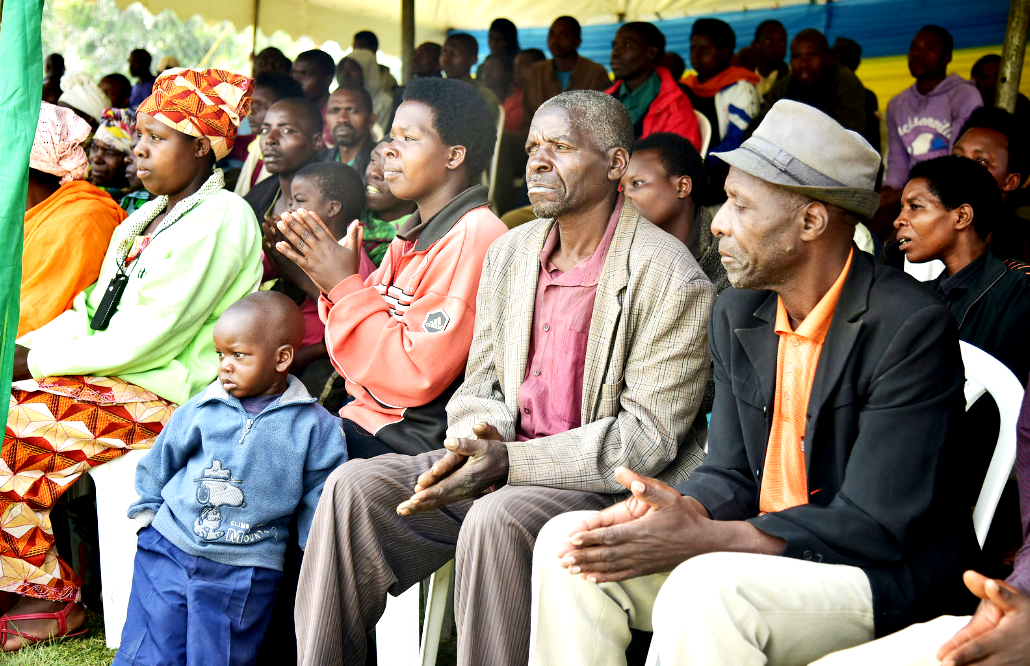 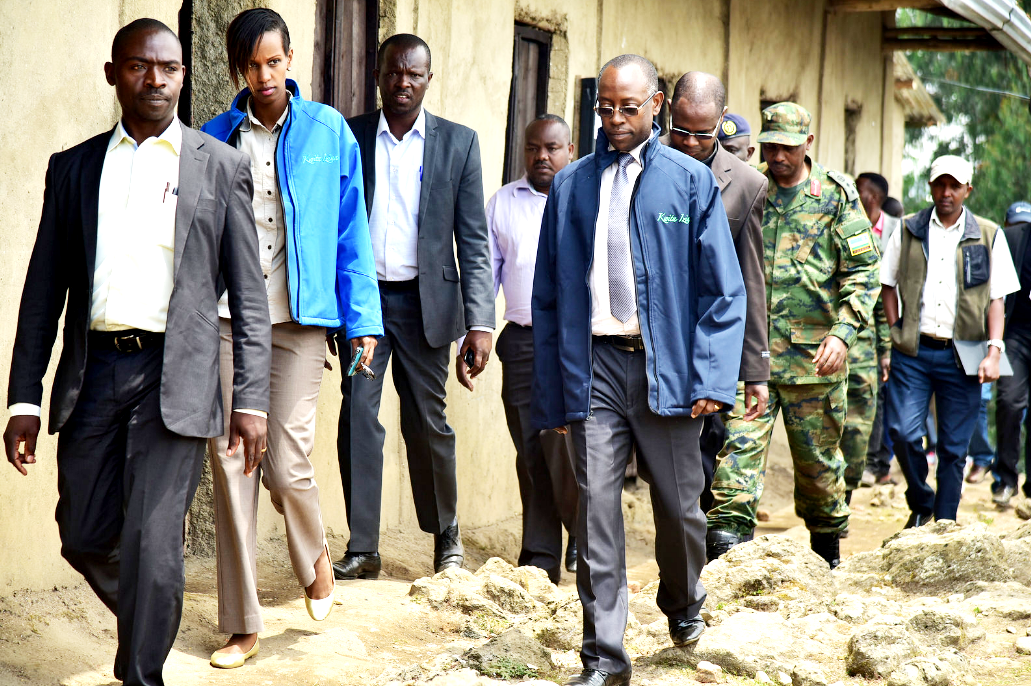 Officials walk past the old classrooms at Kanyove school