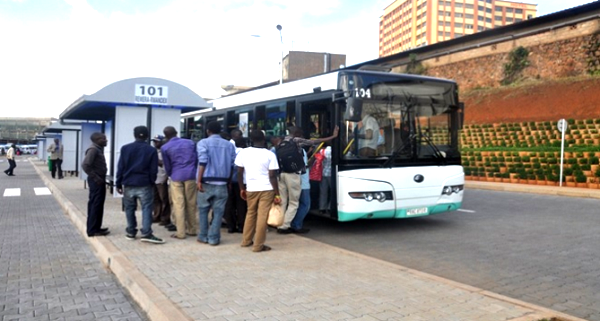 Passengers swipe with cards for electronic payment before boarding

Time check, 6AM in Rwanda’s capital Kigali. It’s a busy morning and everyone wants to get to work.

Thousands of passengers are waiting in long queues at several roadside bus-stops. For passengers to board the bus, they pay electronically by swiping with an electronic card named ‘Tap & Go”.

At one of the spots along Karuruma-Gatsata road, a driver is witnessing passengers entering a bus while a number of men stand in a distance watching. “This is our way to unemployment,” says Jean Luc Bigirimana, one of the men standing near the bus stop.

Bigirimana has been a bus conductor for many years, but lost his job recently when the city authority passed a directive that required all buses to be fitted with electronic payment machines. Hundreds of bus conductors lost their jobs in the process.

“I have been earning Rwf60, 000 monthly as a conductor on one of the buses. On top of this salary, I was getting Rwf2000 daily for upkeep while at work. With this amount, I was able to feed my family,” says Claude Habimana, another former bus conductor along Karuruma-Gatsata-Nyabugogo route.

Habimana is among another 555 public transport conductors across Kigali City who risk losing their jobs.

To respond to the country’s policy of promoting a cashless economy, these buses are being installed with a system that allows cashless payment-hence leaving a bus without a conductor.

According to statistics from Rwanda Utilities Regulatory Agency (RURA), more than 3300 vehicles operating in public transport across the country, owned by 41 companies are licensed to provide public transport.

What next for jobless conductors?

KT Press has established that a number of conductors formerly working for the above mentioned licenced transport Companies in the City of Kigali no longer have jobs.

Some claim that they have decided to remain on streets since they can’t sit at home without providing food for their families.

“How do you stay at home without giving your wife money to buy food for the day?” Asked Ndayambaje, one of the former conductors at Nyabugogo Bus Park.

Owners of the three licensed transport companies in Kigali said there is still hope for employment.

Charles Ngarambe, head of Kigali Bus Service told KT Press that they have considered giving other jobs to their former conductors.

“Some of our former conductors sell smart cards, others sensitize passengers to buy and use cashless system in buses on behalf of our Company (KBS),” he said.

Ngarambe however admits that the new available jobs could not fit every conductor.

“But not all of them…only those who were competent got that chance and they are paid more than what they used to earn from their former jobs. Others, I don’t really know what they became but what I know is that they are many compared to those we hired.”

For Nilla Muneza of Royal Express, “We have not yet succeeded to roll out the new technology in all our routes. Until today, we haven’t laid off any conductor in our routes. ” 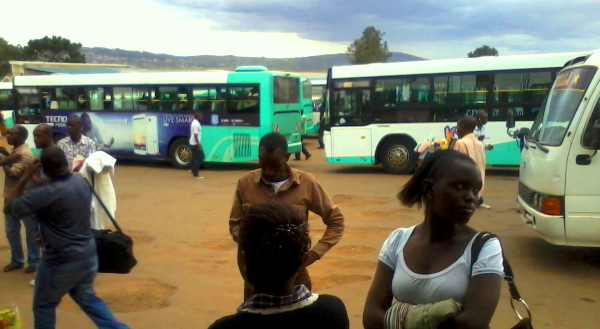