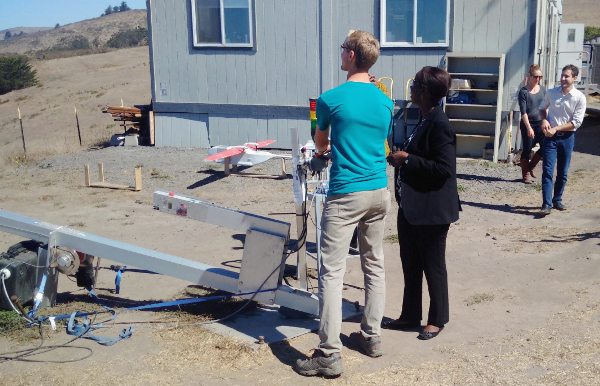 Rwanda’s Foreign Affairs Minister Louise Mushikiwabo has been given a guided tour at Zipline drone assembly facility at Half Moon Bay in San Francisco, California.

She also test launched a drone similar to those that will soon be used to deliver medical supplies in remote parts of Rwanda. The country has been the first to embrace such technology.

At the Zipline Drone headquarters in California, Mushikiwabo was accompanied by Minister of Youth and ICT and other Rwanda government officials currently in the US for Rwanda Cultural Day.

On Thursday, Rwanda conducted the first test on its drones at the world’s first drone port under construction in Ruli sector, Muhanga district in southern province. Two drones were shipped in Rwanda in August for this trial.

In February this year, the government hired Zipline Inc, a California-based robotics firm to build infrastructure for unmanned aerial system (UAS) to ensure efficient logistical transportation of medical supplies in the country.

According to experts the drones to be used in Rwanda will have three-meter-wingspans and be able to carry 1.5 kg across 200 km. The drones in Rwanda will only deliver medical supplies.

The country’s tech-friendly policies were instrumental in attracting this pioneer project to establish its site in southern Rwanda. The drone project is the first airport (drone port) for civilian or commercial use. 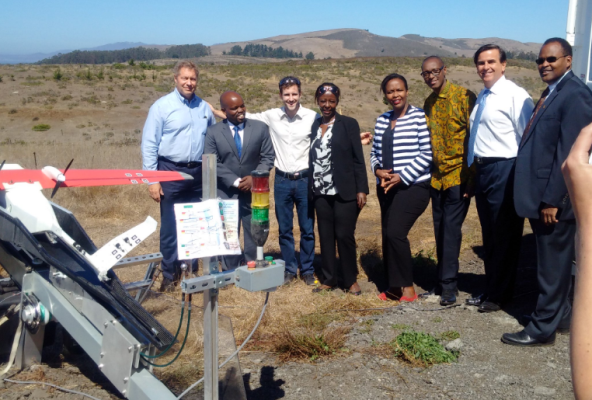 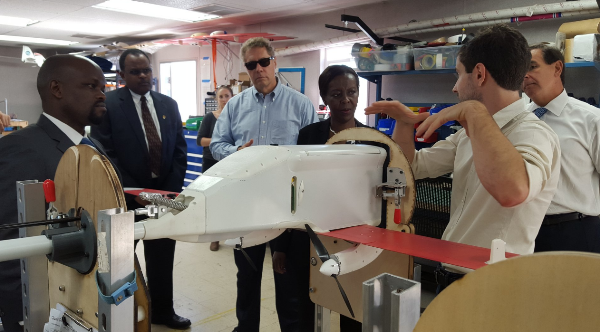 Rwanda delegation getting an orientation on the functionalities of the drone

Long-wait Over, Rwanda Day is on in California