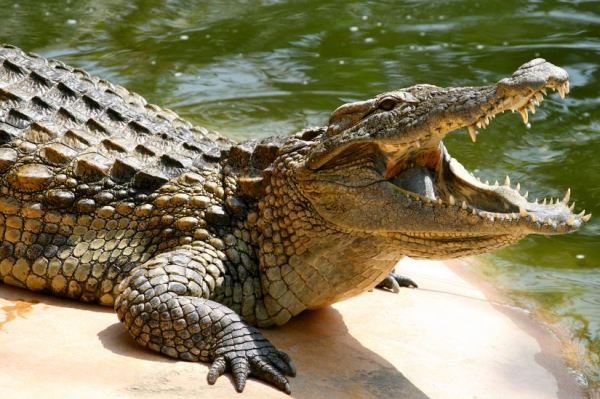 Fans of wildlife in Kigali have a reason to smile as Rwanda’s Natural History Museum will introduce a pair of crocodiles which can be seen crashing their prey.

The Natural History Museum, commonly known as Kandt House is building a pond in which crocodiles will stay and grow. Nature enthusiasts will not have to travel to their natural habitat in Akagera national park far away in Eastern Province.

Alice Uwimana Eudoxie the Public Relations officer at the Institute of National Museums of Rwanda (INMR) told KT Press that the project is part of the country’s drive to promote cultural tourism and it will be launched before the end of year.

“We are expecting two crocodiles, a young male and a female that will be brought from Akagera National Park to the pond under construction,” she said.

The pond enclosed in a strong fence will be surrounded by a garden that will attract crocodiles to the shores, allowing the visitors to admire their tough skin, their long jaw and tail.

The exhibit intends to educate visitors about the importance of wildlife conservation, while also helping them to get rid of stereotypes and misconceptions that many people have about a crocodile.

The museum is already getting an experience in exhibiting living reptiles. In October 2013, it launched an exhibition of snakes which increased the number of visitors.

“They are used with this environment; they already lay eggs and reproduce. We take the new born back to the forest where their mothers came from, because we cannot afford an increased number of the snakes here,” said Uwimana.

At a certain level, the biggest snakes will also be returned to the forests. A German national who has an expertise in reptiles’ zoo will replace them with young ones, which can fit in the cages at the museum.

At Kandt House located in Muhima, Nyarugenge district, the country’s natural history is exhibited including; hydrology, geology, forestry, and minerals.

It also exhibits the life of Germans colonialists in Rwanda, and the war that opposed them to the Belgians who took over the country after Berlin Conference which divided up Africa in 1885.

Adjacent to the museum compound is a 5-hectare garden prepared to host a zoo that will include antelopes, zebras among others, a project, which however, news has it, is still waiting for the endorsement of some habilitated institutions.