A delegation of Rwandan survivors of genocide against Tutsi are in France giving testimonies that directly show how the French government was involved.

Six members of the alumni of survivors of genocide against Tutsi students’ association (GAERG) are conducting seminars in France schools on the role of foreign actors in the Genocide.

Ruzindana Rugasaguhunga, in charge Communication at GAERG told KT Press “The visit – ‘Tour de France Imbere Heza’ emphasizes the relationship between Rwanda and French youth giving them an insight into the role their country played in the Genocide.”

While in France, the delegation will for two weeks teach the history of Genocide in secondary schools, universities in Paris, Lyon, Dieulefit, Nancy, Tomblaine, Bordeaux and Dourdan.

They will also share Rwanda’s journey of unity and reconciliation and how the country is rebuilding economically.

Testimonies will include the role French officials played in planning and executing a tragedy that cost the country over 1 million people of ethnic Tutsi in just a hundred days.

This trip was organized in partnership with the European Grassroots Antiracist Movement (EGAM), which brings together 35 main anti-racist organizations from 29 European countries committed to fight racism and anti-Semitism.

Patrice Leclerc, the Mayor of Gennevillier City told the visitors, that they are very supportive of AERG initiative that strives to tell the truth making sure that genocide victims are remembered, and perpetrators not to pretend to be innocent.

“I said it one year ago, and I repeat it today. It requires courage to denounce the violence like the one the Tutsi experienced but it is also requires courage to assume responsibility of our mistakes and errors when you are a big state like France.”

Last week, Rwanda published a list of 22 senior French officers who played important role in training and arming Interahamwe militia that carried out the 1994 Genocide against Tutsi.

The list followed another of diplomats and political officials who also played a crucial role in the Genocide.

22 years down the road, France refused to acknowledge their government’s role in the Genocide despite undisputable evidences.

Meanwhile, AERG delegation will also attend the trial of Genocide perpetrator Pascal Simbikangwa who appealed to the French court against the 25-year prison sentence for Genocide offenses.

In 2014, a delegation of more than 10 leaders in EGAM visited Rwanda to learn more about the Genocide.

Patrice Leclerc, the Mayor of Gennevillier City said, “We carry a message for the Rwandan youth. Our goal is to establish links between the new French and the Rwandan generations,” adding that, “Their new and committed generation rejects the poisoned heritage of the collaboration and questions the older generation’s silence as well as inability to stop the Genocide.”

This Rwandan youth delegation will have an opportunity to attend Pascal Simbikangwa who is accused of genocide and complicity in genocide and crimes against humanity during the 1994 Rwandan genocide.

By doing so, they hope the world to understand the Rwanda genocide and also be able to arrest all those who played in a role more especially those on the Europe continent. 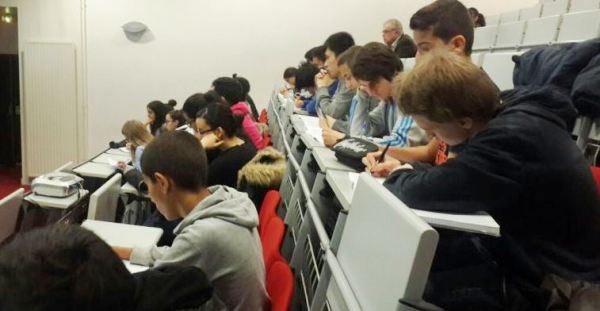