The Cabinet meeting, on December 9 took an important decision that will see 814 convicts released this month.

President Paul Kagame, during the cabinet meeting said he granted pardon to 62 girls and women tried and convicted of abortion, which the court has given final judgment and children under 16 tried and convicted and their judgment became res judicata-concluded without any chance of appeal.

Another cabinet resolution approved the Ministerial Order granting release on parole to 814 convicts who meet the requirements provided for by Law No 30/2013 of 24/05/2013 relating to the code of criminal procedure.

Parole is the provisional release of a prisoner who agrees to certain conditions prior to the completion of the maximum sentence period.

Muhanga prison has speeded up procedures, to allow 48-incuding 8 women among the convicts, to go home enjoy festive seasons and make resolutions of New Year with family members.

A letter KT Press found that the convicts are serving a sentence ranging from 9 months to ten years after they were found guilty of several crimes.

Amongst those pardoned included a woman convicted for abortion and another one with manslaughter. Others had been convicted for robberies, and various offences.

Fulgence Dushimumuremyi , one of the convicts from Muhanga district has served 8 of the ten years in jail, a sentence he was given for stealing.

Also, Landouard Ntivuguruzwa has served one year while he was supposed to serve two years for robbery.

He told KT Press, “I am restarting my family from the scratch. I am a father of five but my wife and all my children deserted home.”

Ntivuguruzwa in his 40s said he will have to bring back his family, apologize and commit to never committing crimes again as part of the 2017 resolutions.

“I cannot blame my wife, not even my children for having abandoned home; they had to find how to survive after the head of the family had gone to pay the price for wrong doing.”

He said he learnt to make shoes while in jail and this will be the profession he will practice to earn a living for his family.

Superintendent Christophe Rudakubana, the Director of Muhanga Prison told inmates being released, that it’s in their interest to desist from committing crimes back home.

“Beware, if you resume the same crimes, you will be brought back to serve the same sentence,” he said.

The release took effect following a letter endorsed by Johnston Busingye destined for every convict to be released. The letter includes among others a call to desist from committing crimes.

The Ministerial order granting release on parole was published in National gazette on Wednesday. 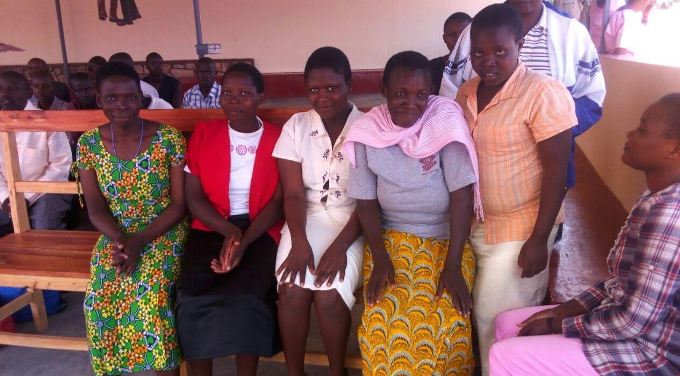