Rwanda President Paul Kagame has asked members of his government at the 14th National Umushyikirano Council to set a solid deadline on which the country will stop depending on foreign aid.

President Kagame said it is high time they responded to the issue they have been discussing for a long time; “The issue of relying on others to pay for things that benefit us. It is really a question of dignity…our Agaciro.”

Delivering a State of the Nation address while he officially launched the 14th National Umushyikirano, Kagame said that Rwandans “used to struggle just to survive, now we struggle to thrive and prosper.”

Addressing 2000 participants gathered at Raddison Blue and Convention Centre in Rwanda’s capital Kigali, Kagame said; “Therefore, among decisions of this dialogue, we should resolve to set a deadline which should come sooner rather than later after which Rwanda will no longer be waiting for what others have handed out to us.”

In 2012, Rwandans stood up and inaugurated Agaciro Development Fund after donors froze aid to Rwanda expecting the country to become a miserable country like 20 years back. From nothing in its coffers, the fund has grown to Rwf36 billion as of June this year.

The fund has pushed the country’s domestic revenues to the national budget to about 66% (Rwf1, 174.2 billion) of its budget for the financial year 2015/2016. Kagame wants a timeline in which the remaining foreign contribution should be over.

With such remarkable increase, President Kagame said the initiative is attributed to the fact “This country sees every citizen as a full stakeholder, not as someone to be singled out, categorized and denied livelihood.”

The President said, over the past generation; Rwanda has been among the fastest growing countries on the United Nations Index of human development – meaning that “we are not only making good progress but also doing so at a good pace.”

Kagame said that today, Rwandans stand at a moment of transition. “So it is a good moment to take stock of various stages of our journey together thus far and look towards the road ahead.”

The head of state added that the first stage starting from 22 years ago, was about security and national unity, and that a sense of safety and belonging was restored, followed by a decade of strengthening national institutions.

“There is a tomorrow…a future for everyone and for all of us together,” Kagame said adding that “In independent International polls, more than 95% of Rwandans report the highest levels of trust among our Police and military forces among the highest rates in the world. The importance of this state cannot be overstated.

We have invested heavily in the future we want. As we have begun to see this year, the seeds are starting to bear fruits. In fact, tourism is number one foreign exchange earner.”

This annual national meeting held under the theme “Shaping together the Rwanda we want.” Is live streaming on Rwanda Television and via video-links set up in different parts of the country including in Gicumbi, Northern Province, Kayonza in Eastern Province, Muhanga in Southern Province, Rusizi in Western Province and Petit Stade in the capital Kigali to enable other Rwandans to contribute to the National Umushyikirano Council. 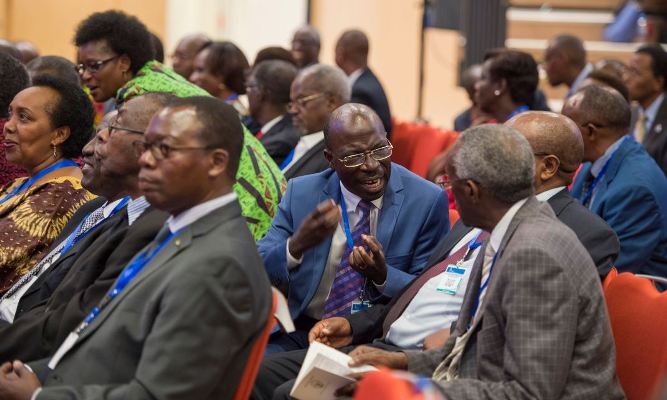 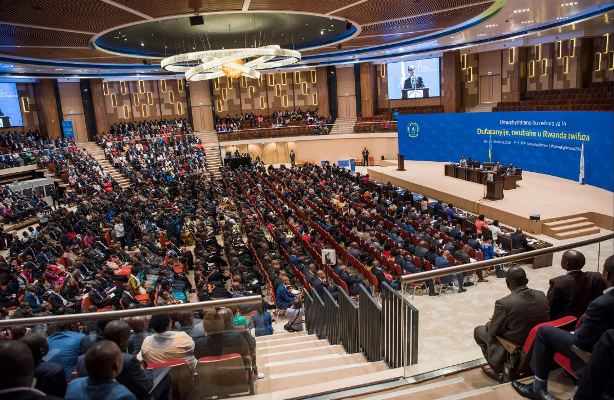 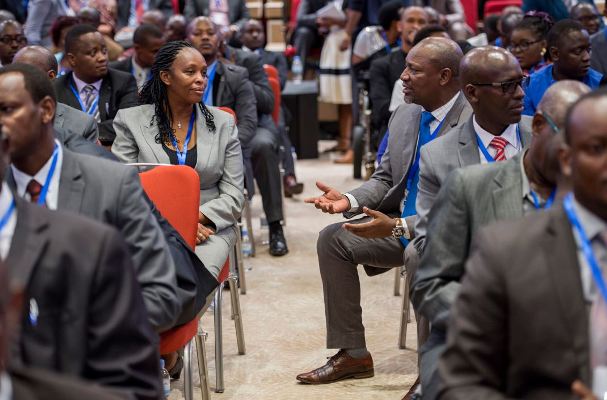 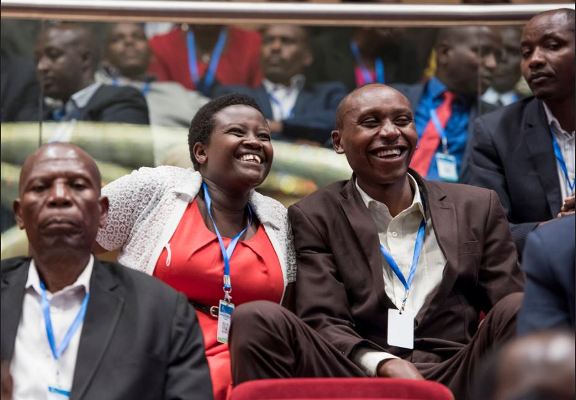