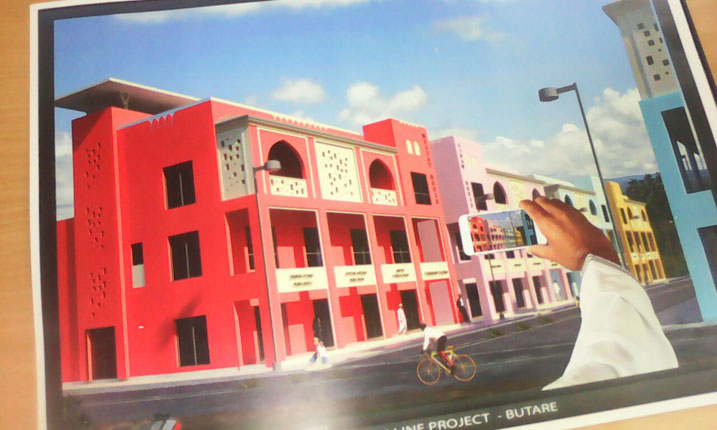 House plans for the New Cyarabu

The Arab culture is here to stay. Its history in Southern Rwanda will soon be revived thanks to grandchildren who refused to quit the region  even after they were obliged to abandon their dilapidated  commercial buildings.

In Huye District, there is a suburb where people with Arab origins from the gulf state of Oman settled decades ago. But years have gone by and there was no single redevelopment. The area has remained the same, despite the rapidly changing face of Huye town.

After all, most of them have acquired Rwandan nationality.

Now some 20 Omani businessmen who were still reluctant to upgrade their buildings which do not meet standards in Huye district have accepted to abide by city Master Plan.

They told KT Press that they were convinced by the motive behind new city master plan as it was explained to them by governor of Southern Province, Marie Rose Mureshyankwano in meetings this week.

Hussein Hitimana, one of the traders from Cyarabu (meaning Arabian neighborhood) who settled in the area said “the explanation we were given were convincing. Our old houses used to make this city ugly yet the country wants a beautiful city here.”

He added: “Luckily enough, our government back home has accepted to fund construction of modern buildings to replace the old houses which used to make the city look ugly.”

An artistic impression KT Press has seen shows that the new blocks – with Arabic architecture. There will be commercial buildings. The neighborhood will also include a mosque.

“Authorities in Oman told us to do landscaping so that they come to support us with the rest, 45 days from now. We hope for the better,” said Hitimana without specifying the project’s cost.

The history of Omanis in Rwanda is barely a century old.

In the 1930’s small groups of traders from the East African coast started entering Rwanda from across Asia, mainly in Oman, a country from the Arabian Peninsula. They were dealing in clothes, needles, thread, razor blades and other household equipment the locals needed in their daily life.

They established their trading centers in Rwamagana, Byumba and Astrida – currently Huye – and decided to settle and marry Rwandan wives.

Up to now, in different parts of the country, their old buildings still stand but need to refurbish them has become more than urgent, given the pace of country development.

The Rwandan traders who also used to trade from similar buildings have either upgraded their own or completely replaced them with state-of-the art commercial complex.

In Huye district, the Cyarabu based Omanis saw their Rwandan neighbors join hands to form a cooperative which helped them build new commercial complex plus a modern market according to city master plan six years ago.
Omanis did not bring their shares to co – own such facilities with their fellow local traders and actually upgrade their own Cyarabu. 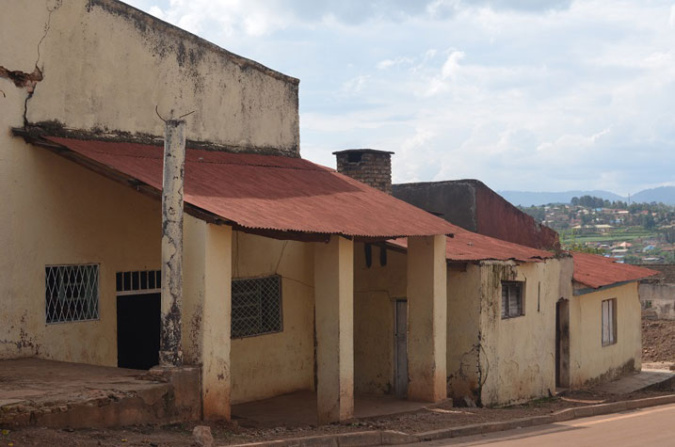 Cyarabu today. 45 days from now this house will only be available in archives