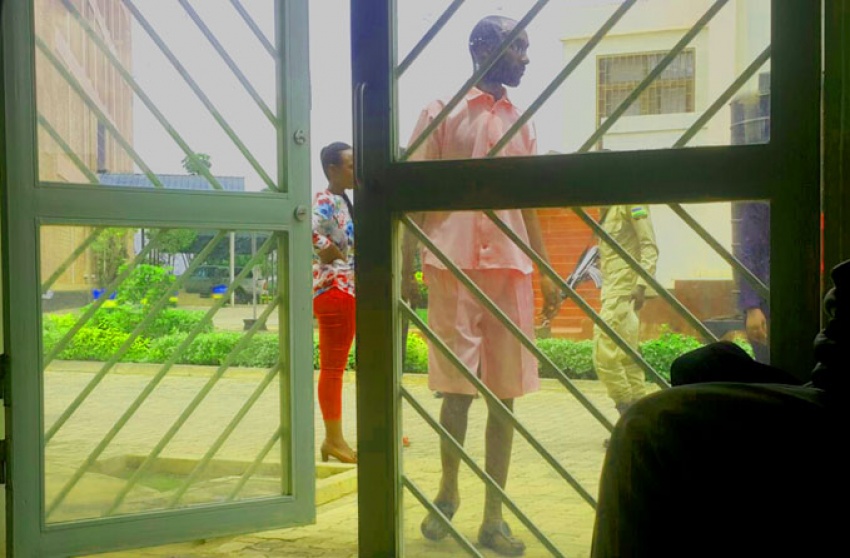 Deo Kimonyo outside court . He risks up to five years in prison for deleting important institution data from a computer

For deleting confidential information from an organisation computer, two former employees of  Rwanda Development Board may end up serving five years in prison.

Yves Sangano, former registrar at RDB and Deo Kimonyo also attached to the Registrars office were in December 2016 arrested in connection with maliciously erasing confidential data from the institution’s computer.

Today, the duo appeared before High Court with four defense lawyers to challenge prosecution for holding them more than 30 days of remand urging that the process remains unlawful and demanded to be released.

In a fully packed court room, the suspects said they were detained for 30 days after remand.

“The official date for the request expired; our clients are being held illegally,” one of the defense lawyers said.

Francoise Niyonkuru, Government attorney in the trial said that investigation into the case was not complete and holding them for more time was legitimate since it was decided by a competent court. She contested their release.

“The law provides that the suspects can be referred to another remand period by a competent court. This is lawful,” Niyonkuru said.

Besides the claim of unlawful detention, the defendants told court they are not guilty and there is no evidence to attach them to the alleged crime.

“There is no person who benefited from erasing information and we are being held for this. We have no case and we should be released,” said one Deo Kimonyo.

The court tasked prosecution to show how the erased information was used to result in a case that needs to be looked into during trial.

“We will investigate who was behind this but court needs to have information on how the alleged act affected the institution,” the court president said.

Defense lawyers presented Rwanda’s Ambassodor to Kenya, James Kimonyo, David Paul Kibasi, an official at Kigali International Airport, and one Alphonse Rugeramumaro among sureties to release the duo on bail.

Court has set March 3, 2017, as the Day for hearing its resolve on whether to have the suspects back in jail for another 30 days, or released on bail. 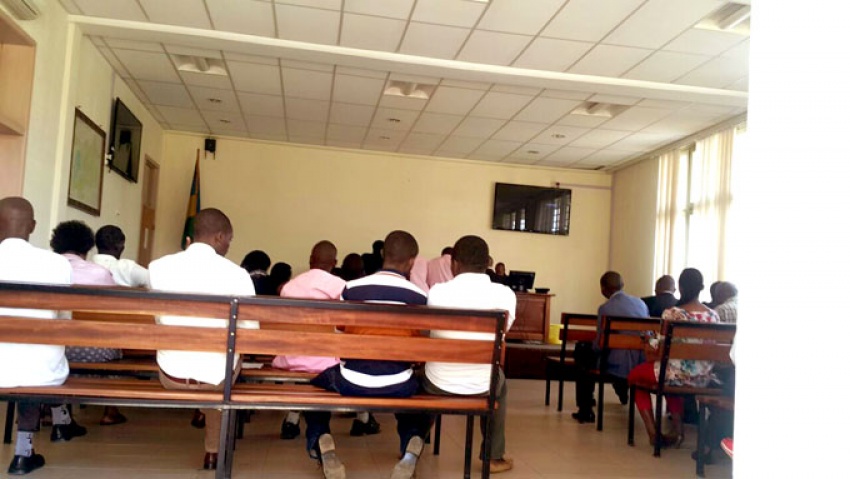 FDLR General Wanted Dead or Alive, Now on His Way to Rwanda

Spot Any Illegal House and Get Reward of Rwf 50,000