Students of G.S Nyamirama have blamed some of their parents for habouring genocide ideology and holding onto ethnic differences that would drag the country into the dark past.

“We don’t learn genocide ideology at school but at home. We don’t have time for that. Government should start a special program to educate parents as a way to deal with this problem,” one of the students suggested.

This is one of the issues highlighted by students during discussions with lawmakers, teachers in a two day outreach program organized by members of the Anti-Genocide Parliamentary Forum (AGPF-Rwanda).

Emmanuel Mwando Simba, the Head Teacher of G.S Nyamirama in Nyagatare district said most students have been very clear on this issue and appreciate the current government for creating an environment for equal education for all.

“Students are concerned about their rights to education, and it’s time for teachers to work with parents ensuring that students get the right education both at school and home,” Mwando Simba said.

For two days, since May 22, 2017, AGPF members have been meeting students in 249 secondary schools across the country promoting patriotism and being Rwandan under the ‘Ndi Umunyarwanda’ program.

Schools in five districts – Nyagatare, Ruhango, Nyanza, Musanze, and Rubavu are among areas with high cases of genocide ideology according to the AGPF statement.

The outreach program is part of the AGPF – Rwanda five-year strategic plan of their activities from 2016 through 2020, which was approved by Senate and the Chamber of Deputies in 2016 with Rwf 400 million expenditure budget.

AGPF-Rwanda says that this year’s program focused on five districts because students in these areas are exposed to communities with high cases of genocide ideology- which creates poor education environment.

Théoneste Karenzi, the Chairman of AGPF-Rwanda told KT Press at the end of the outreach, parliament will consider reaching out the older generation of Rwandans but youth are priority.

“The youth have a big potential to change this country and we are investing in educating them first then the elders later,” Karenzi said.

According to Unity and Reconciliation Barometer, genocide ideology is still lingering around. The report indicates that in 2010 at least 30.5% of Rwandans viewed themselves along ethnicity and this has dropped to 27.9% by 2015.

Such significant figures have been proven by several cases of genocide ideology reported especially during the official genocide commemoration week.

For example, the 23rd genocide commemoration week closed at a wrong note when unknown assailants stormed the house belonging to Christine Iribagiza, a genocide survivor in Niboye, Kicukiro district, and stabbed her to death.

Three suspects were arrested in connection with the murder. They all pleaded guilty before the media.

At least 28 persons were arrested for spreading genocide ideology between April 1st and April 15th 2017. Most of the cases, about 90% were verbal utterances, tracts and short messages of genocide ideology statements, with less than five cases of violence targeting genocide survivors.

“To ensure that there is zero genocide ideology these suspects should be tried in the presence of the community where the crime was committed and the punishment should be bigger to set an example,” Naphtar Ahishakiye, the executive secretary of Ibuka, Umbrella of Genocide survivors’ association told KT Press. 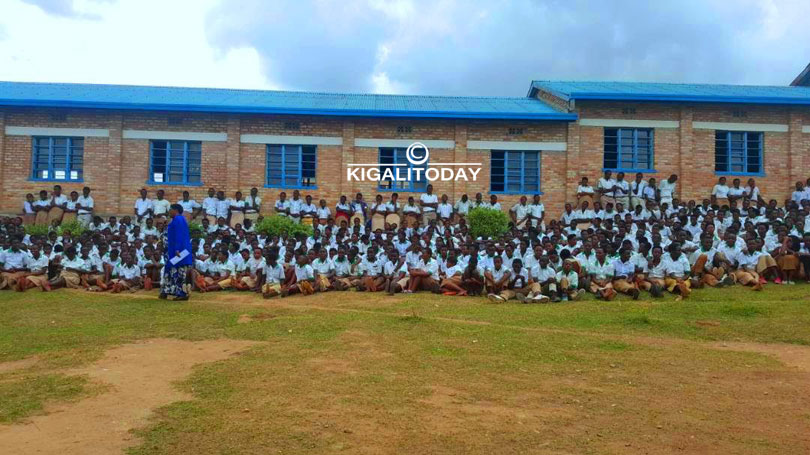