Egyptian President Abdul Fatah al-Sisi has called for peaceful coexistence minutes after honouring victims of the 1994 Genocide against Tutsi in Rwanda.

“We should live in harmony, support each other and focus on dialogue of peace. We hope that mass atrocities like this (Genocide against Tutsi) will never happen again, and that peace will prevail around the world,” Sisi said on Tuesday.

The emotional President Sisi was at Kigali Genocide Memorial site where he lay a wreath of flowers at the final resting place of more than 250,000 victims of the Genocide victims.

Sisi penned a message (written in Arabic) saying that his heart was filled with sorrow as he remembers the heroes and victims of the 1994 genocide against Tutsi and that sacred gift of life should not be violated anywhere. 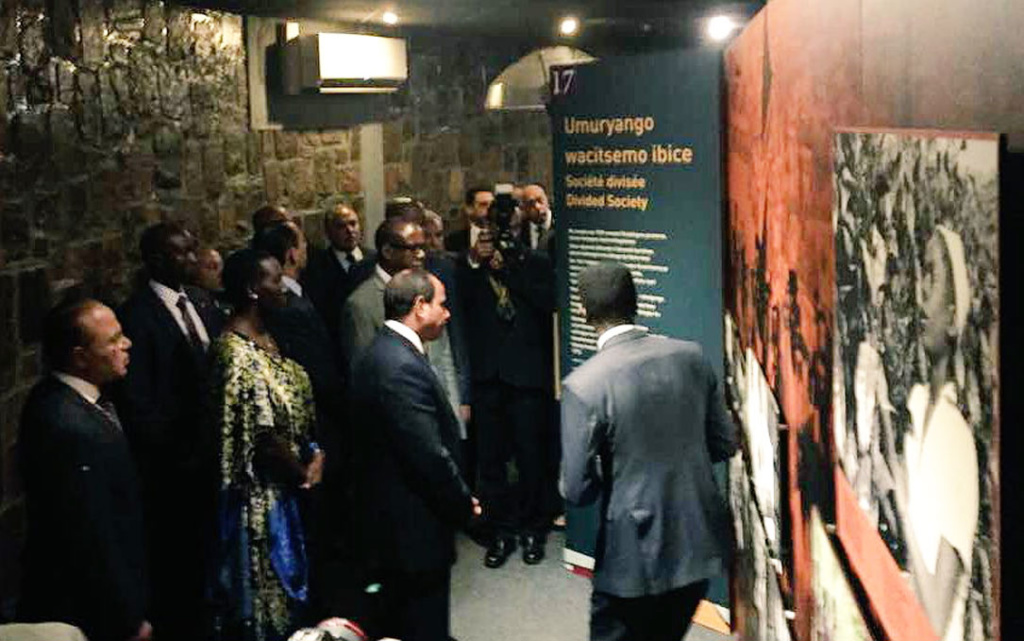 He is the first Egyptian president to visit Rwanda.

Sisi will meet President-elect Paul Kagame for bilateral talks and both presidents will hold a joint press conference later today at 5pm at village Urugwiro.

After concluding his visit, President Sisi will proceed to Chad and Gabon for his state visit across the continent. Before traveling to Rwanda, He was in Tanzania.