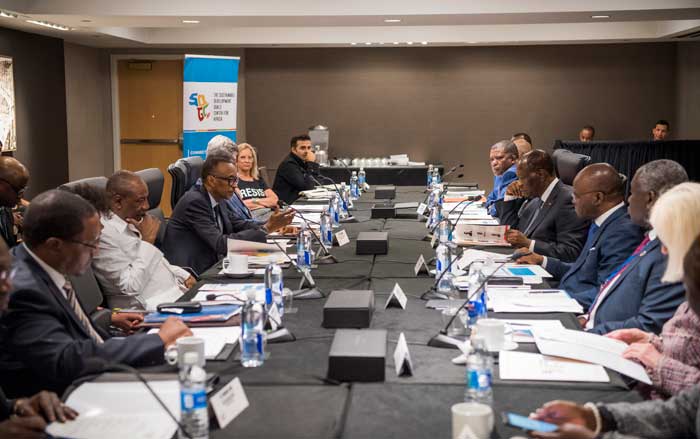 President Paul Kagame currently in New York for the United Nations General Assembly has recommended officials who are sparing no efforts to take Africa to the next level.

At the sideline of the General Assembly, President Kagame co-chaired the board of Sustainable Development Goals (SDGs) Center for Africa on September 18th.

In January this year, Kagame launched SDGs Centre for Africa – a United Nations development agenda which released a $1.2trillion budget for the continent.

“I particularly appreciate Heads of State and Government, who are here with us, to re-affirm our shared commitment,” Kagame said.

According to Kagame, “This important initiative has far reaching implications in the process of sustainable development.” 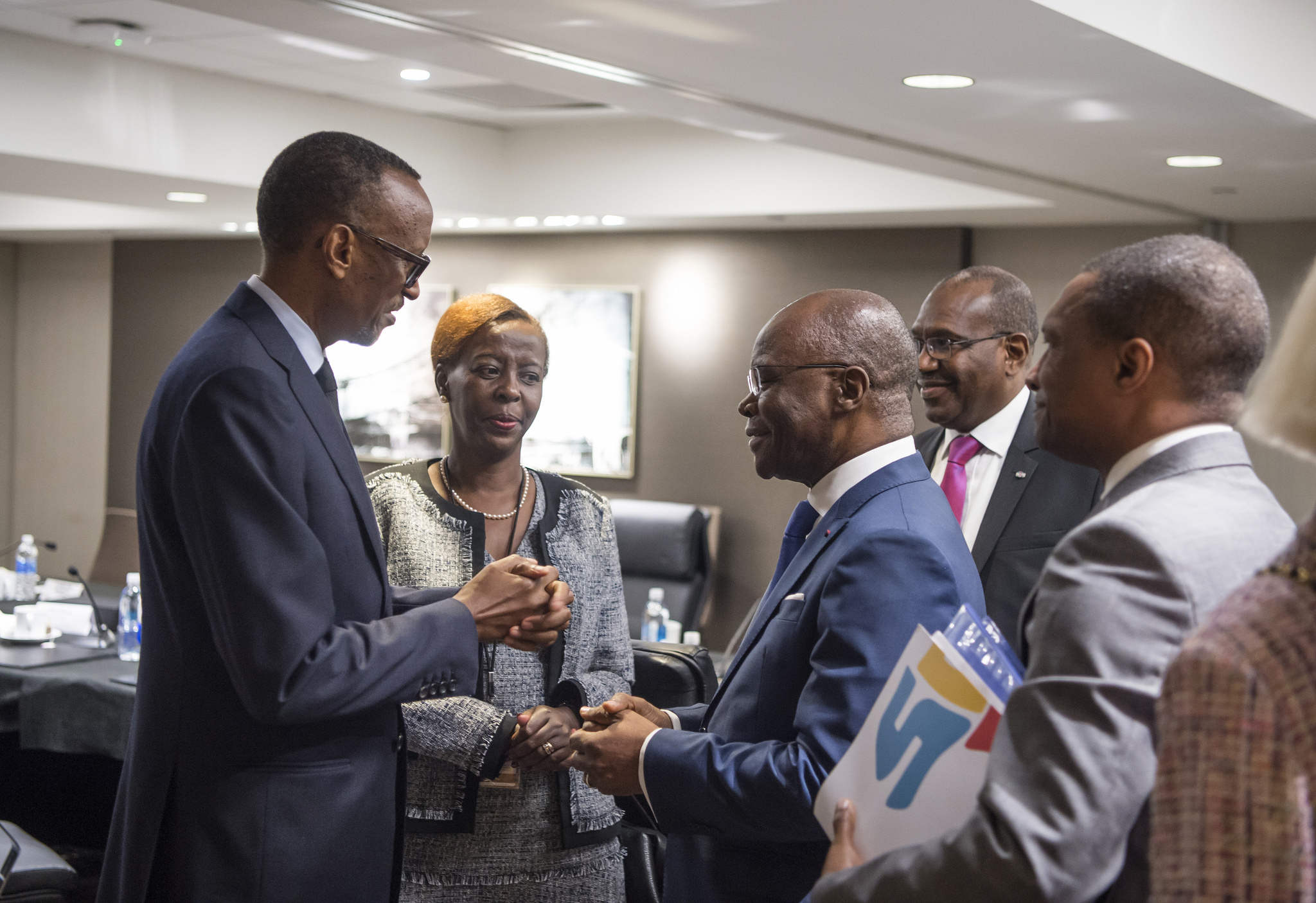 During the meeting, a report on the progress made so far to implement SDGs was presented.

Kagame said that, “The Report which will be discussed, shows clearly that the pace of activity at the SDG Center has picked up, since January.”

During a conference to launch SDGs in the capital Kigali earlier this year, Kagame told delegates that it’s time for Africans to take advantage of the new Sustainable Development Goals (SDGs) and close the gap surrounding challenges on the continent.

“The global goals shouldn’t be seen as external agenda but as an integrated part of a country’s development vision,” Kagame told delegates then.

For Rwanda in particular, Kagame said, “A participatory approach has been indispensable to the modest progress achieved. But we can all to do more and better.”

But Kagame advised key players in pushing the continent to achieve SDGs that without the Private Sector, the goals would be far from a good end.

“Raising our focus from reducing poverty to building prosperity requires collaboration and higher expectations of private sector,” the president said.

Rwanda was globally recognized for being leader in achieving 8 Millennium Development Goals known as MDGs. 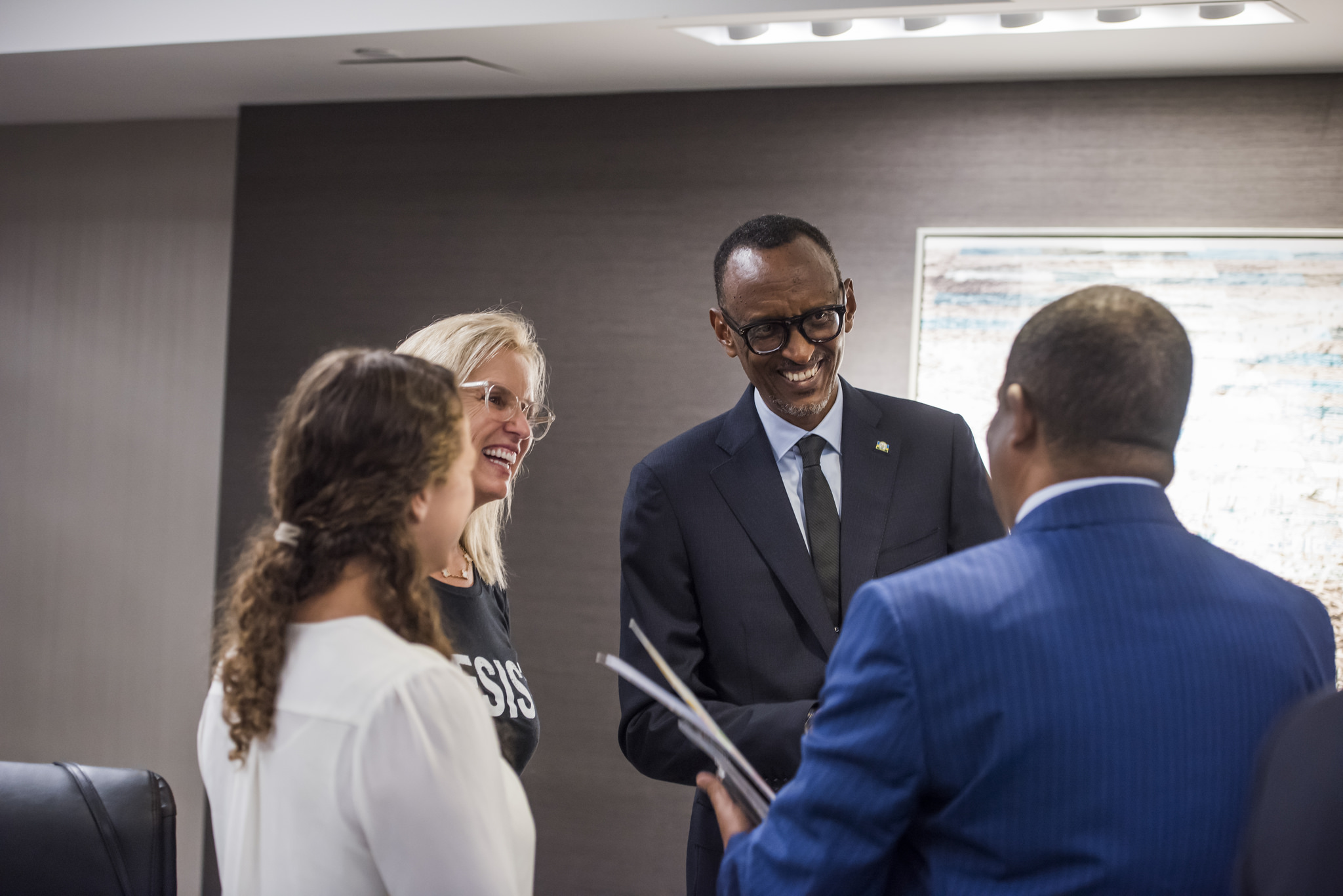 Adopted by all 193 UN Member States, the SDGs are 17 ambitious goals to end poverty, fight inequality and injustice and tackle climate change for everyone by 2030, among other goals.

African Countries to Get a Boost from NASDAQ Joint Agenda