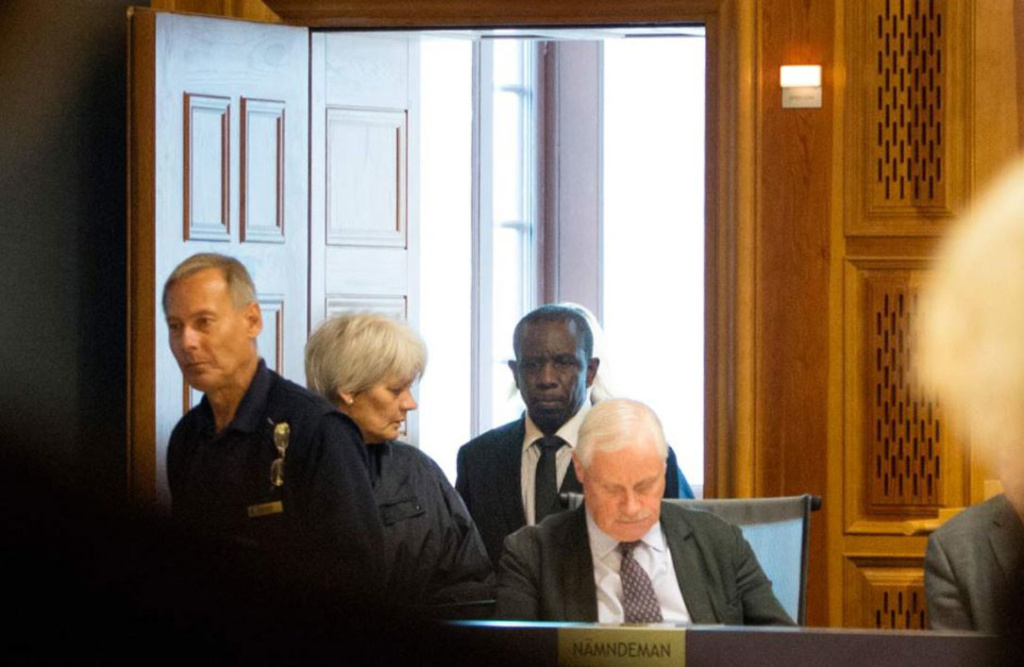 Swedish court convened during trial of Claver Berinkindi(background). He was sentenced to life in prison. The same court has began hearing the case of Theodore Rukeratabaro 49 for his role in the 1994 Genocide against Tutsi

Rwandan Genocide suspect living in Sweden is scheduled to appear before a Special Swedish Court today.

According to sources an arrest warrant from Rwanda charges Rukeratabaro of organizing, recruiting and inciting people to participate in the Genocide and executing massacres during the 1994 Genocide against Tutsi.

On April 9th while at Winteko suburb Tabaro with other Hutu militia, took part in the killing of numerous civilians, raping of women and girls.

On April 13th, Tabaro is said to have participated in an attack on Nyakanyinya school where several hundred people, including children were killed or seriously injured by grenades, gunfire and knives. Several days later, he allegedly took part in an attack on a church in Mibirizi.

Armed with a gun Nkurunziza says Tabaro led several assaults at various places including Mibilizi Church; Muko Primary School where Tutsi sought refuge during the killing spree in the area.

“He was sentenced in absentia to 30 years in prison by Gacaca court after he was found guilty of Genocide crimes,” Nkurunziza said.

“It’s good news for us (Genocide survivors) to hear that he is going to be charged. It will help us get justice and the suspect be held accountable for his crimes,” Nkurunziza added.

Rukeratabaro fled to Sweden in 1998 and became a Swedish citizen in 2006. He was arrested at his home in Örebro, 160km West of Stockholm, in October 2016.

The two other naturalized Rwandans; Stanislas Mbanenande and Claver Berinkidi were sentenced to life in prison for their role in the genocide in 2014 by Swedish courts.