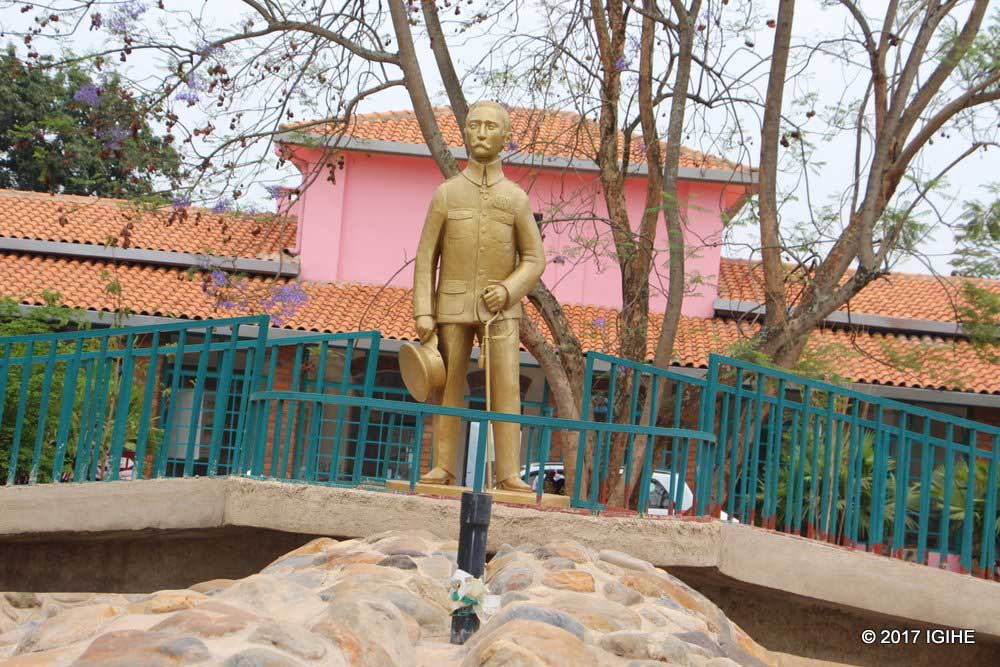 A new mobile App will soon enable tourists to have a sense of the historical trail made by the first colonial master in Rwanda.

The android enabled App, named after a museum dedicated to Richard Kandt, first governor of Rwanda under the Germany colonial regime has been under development since January this year with funding from the German Federal Enterprise for International Cooperation-GIZ.

‘Richard Kandt Trail’ Mobile application will be used at Kandt House showing all locations that Kandt walked to and it will be downloadable on smartphones.

This development comes months after the Kigali based Kandt House Museum of Natural History was shifted to the Museum of Environment in Karongi district- one of Rwandan touristic destinations.

Ambassador Robert Masozera, the Director General of Institute of National Museums of Rwanda (INMR), told KT Press that the application is intended for promoting cultural tourism and more than showing Kandt’s trail.

“This is a new way of attracting and making tourists stay longer getting involved in other activities around Kandt’s trail of which tourists have only been seeing as educational,” Masozera said.

In this case, apart from visiting locations in Kandt trail across the country, the application and local trained guides will also provide information on accommodation, sporting activities and economic activities where Kandt set foot.

“So far we have the data in pictures, videos on areas around Kandt’s trails and the Global Positioning System (GPS) coordinates of 10 out of 13 sites that were aligned for the application” said Maurice Mugabowagahunde, the INMR programme coordinator.

At least 20 local residents have been trained to provide tourists with local guidance in a bid to put a human face behind all the 10 sites which will appear on the App.

Meanwhile, on November 9th, INMR officials and historians met the Minister of Culture and Sports to plan on the upcoming new exhibition at Kandt House Museum which will see former Kandt house turned into a museum of colonial history.

The exhibition, set for December 17th will be mainly composed of pictures detailing the history of Germans in Rwanda (from 1886-1916), plus the good, the bad and the ugly side of the German colonialists from the first day they stepped in Rwanda.

Ambassador Musozera also revealed that after the Kandt App is launched, more historical sites will be added to the technological drive of having all museums on Apps.

Next on the list of museum App, will be the Mulindi based National Liberation Park Museum – which contains the story of Rwanda’s liberation struggle that was launched on October 1, 1990 by Rwanda Patriotic Front (RPF).

To date there are eight museums from only one in 1994. INMR statistics indicate that the increase in historical sites has translated into an increase in museum tourists from 1000 in 1994 to 200,000 in 2017.

Visitors have also brought in direct foreign currencies income amounting to Rwf200 million this year from Rwf1 million in 1994.