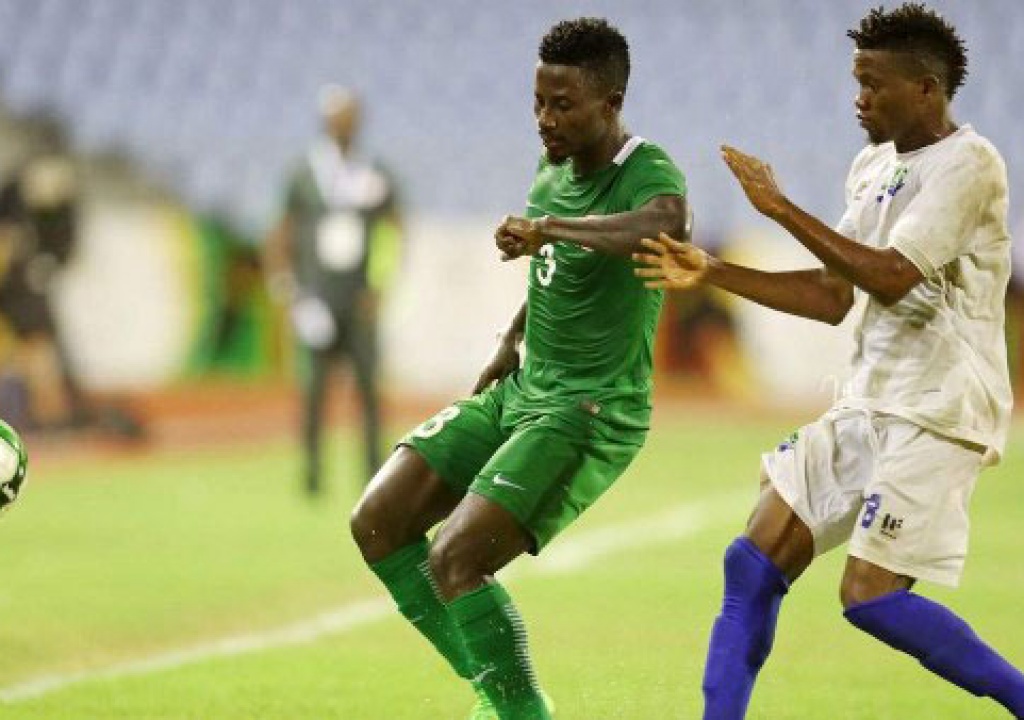 Super Eagles vice-captain, Chima Akas seen in action in a past qualifier

The home-based Super Eagles vice-captain, Chima Akas, is hopeful Nigeria will have a good outing at the 2018 African Nations Championship in Morocco despite their poor showing at the last edition of the competition in Rwanda in 2016.

The Super Eagles will face Rwanda, Libya and Equatorial Guinea in Group C of the competition following the draw ceremony which took place in Rabat, Morocco last week.

Speaking to Nigeria’s completesportsnigeria.com, the left-back who was part of the team that lost out in the group stage at the 2016 edition of the competition in Rwanda said that he is confident Nigeria will do well this time around.

“To be honest, this is a fair group for us. With all due respect to the other teams in this group, we should make it to the last eight from there,” the former Shooting Stars Sports Club of Ibadan player said.

“I still have memories of what happened in Rwanda the last time and I know some of my colleagues who are in that same competition will not want a repeat of that scenario,”

“I’m looking forward to playing in the competition once again and hopeful we will perform better than we did the last time,” added Akas.

Nigeria’s first game in the competition will be against Rwanda on January 15 in Tangier.

The top two teams in each group will proceed to the last eight.

The competition which is designed for players plying their trade in their country’s domestic league will end on February 4, 2018.

The Super Eagles failed to make it beyond the group stage at the last edition of the competition in Rwanda.

Nigeria’s best performance in the competition was a third place finish at the 2014 edition in South Africa.