President Kagame has said that he still ‘does not know’ what the United Nations troops deployed to Rwanda during the Genocide were doing to protect thousands of civilians who were mercilessly butchered.

In a 4 minutes 20 seconds interview posted on State House Twitter account, Kagame spoke on ‘The Order to Stop Genocide’ ahead of the opening of the Campaign Against Genocide Museum on Wednesday, 13 December 2017.

“The UN that had come here I do not know, to do what in the first place…either they were pulling out because they had achieved what they had set out to achieve from the beginning which was not the case, or they were really giving up on the situation and saying this is impossible to deal with and therefore we are doing nothing here lets go,” Kagame said.

The Campaign Against Genocide Museum (CAG) is a museum located in the Parliamentary building in Rwanda’s capital Kigali.

This campaign against Genocide Museum was officially opened in 2014 by President Kagame.

During the 1994Genocide against the Tutsi, the Parliamentary building once known as Conseil National de Developement’ hosted the Rwandan Patriotic Front politicians and the six hundred man protection force under the 3rd battalion from 28th December 1993.

They were in preparations for the installation of Broad Based Transitional Government and the National Transitional Assembly.

On April 7, 1994, President Kagame who was Chairman of High Command of Rwanda Patriotic Army (RPA) gave the protection force the first order to break out from their initial positions to defend themselves and rescue victims of Genocide in their vicinity. 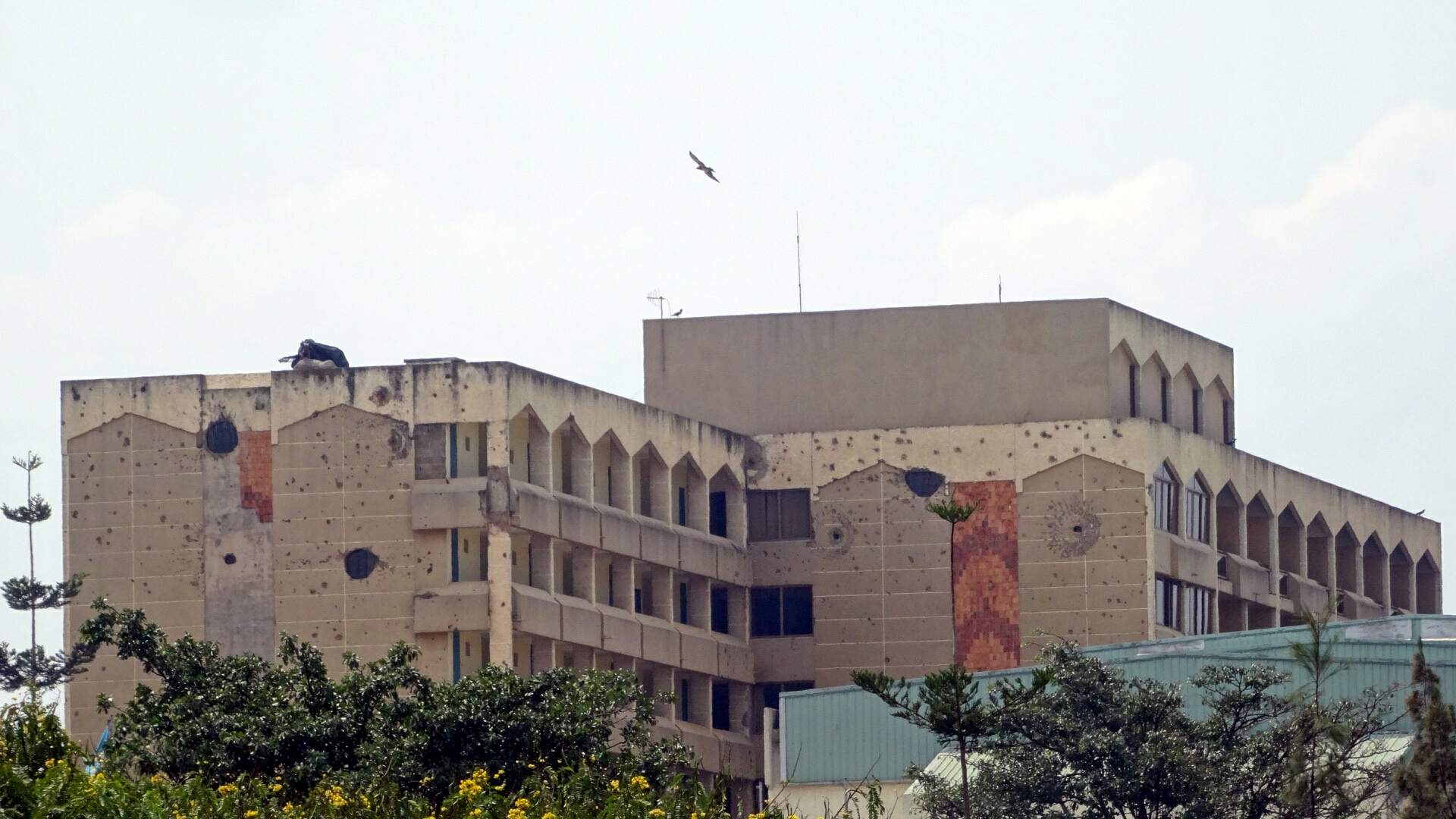 The order marked the campaign against Genocide. Today, the Museum depicts in details how the Campaign Against Genocide Plan was executed by RPA following the withdrawal of UN troops leaving the targeted Tutsi under the mercy of Genocidaires. RPF took the unilateral decision to stop Genocide, rescue victims of Genocide and defeat the Genocidal forces.

The CAG Museum also has its outer part comprised of monuments including a 12.7mm Machine Gun that helped in containing the advancing Genocidal forces.

In the interview, Kagame gave details of his decision to order RPF troops.

“Do you ignore the danger of being too obedient to some of the things that may constitute a danger to your people,” Kagame said during the interview.

According to Kagame, the UN had decided to leave the burden in the hands of its owners – Rwandans themselves.

“This was to inform us that we are there for ourselves and for our own and left to do it the way we could to protect ourselves, our country and our future,” the President said.

According to President Kagame, the order was not only to protect themselves (RPF/A troops) but also split so that they are all not under one heavy attack while in one place.

“But split for two reasons or more; one was that one force had to cross and go to the stadium where there were people already taking refuge and were being threatened and in fact were almost coming under attack. That force had gone there to protect people. Even though there was a UN force around that area, they were not doing much or they were also overwhelmed.”

If possible, he added, the force would join the UN that was at Amahoro stadium to protect people who were running and fleeing to the stadium, but as well as being able to do self-protection while fighting.

The force was around two companies, Kagame revealed in the interview.

He continued that: “Therefore the force which remained continued holding the ground as they protect our people and others who were coming in. That also has an effect on spreading those who were attacking them.”