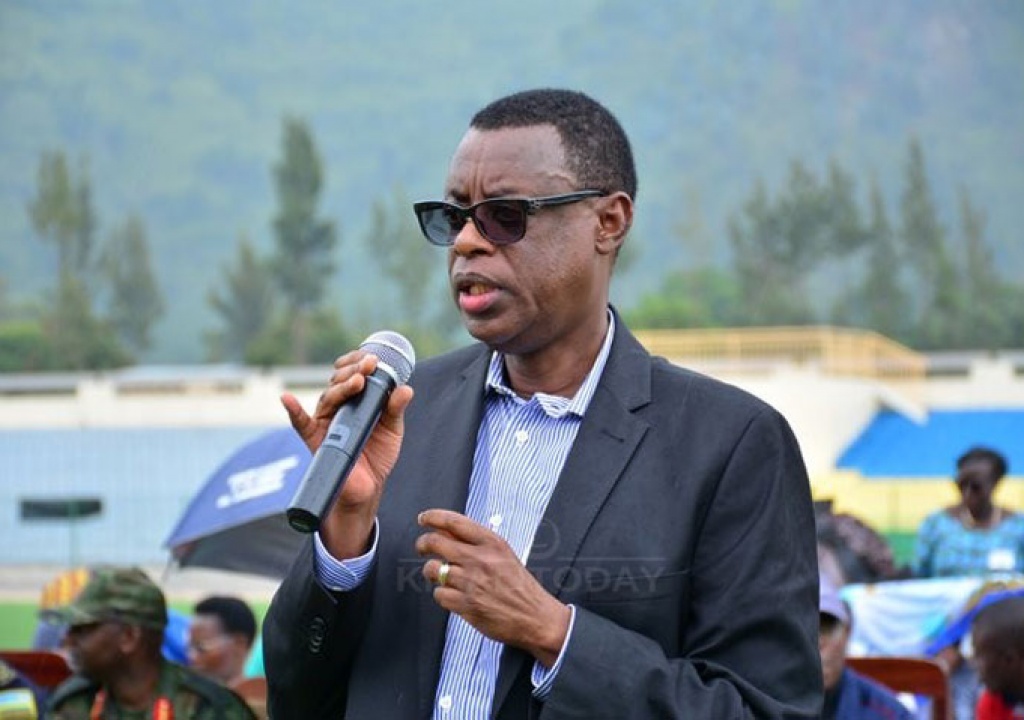 Defense lawyers in an already closed case against Rwandan officials who fought and won liberation struggle have dismissed new summons by French judges who want to re-open the case to hear an impromptu witness.

On December 11th, Lef Foster and Bernard Maingain, two defense lawyers in the already closed case of Kabuye at al. wrote to French judges who accused Rwanda’s senior officers including Gen James Kabarebe and Maj Rose Kabuye, to have played a role in downing the jet that was carrying former President Juvénal Habyarimana.

The lawyers dismissed a new development in the case where judges Nathalie Poux and Jean Marc Herbaut summoned the defendants in France for a new hearing of a new witness for December 14th – 15th.

In a letter published by Jeune Afrique, the lawyers analysed thoroughly the relevancy of the case and concluded that their clients cannot attend the hearing because the witness, a one James Munyandinda has presented fraudulent evidence and is misleading the court to gain personal interests including asylum.

In five points, the lawyers said that first of all, their clients “have already been interviewed, cooperated and have responded to the matter.”

They said, their clients responded to all the questions in 2010 where judge Trevidic et al. would close the case after realizing it was unfounded.

The most important factor which triggered the lawyers’ decision to dismiss the hearing is the personality of the witness, and his evidence which raise many questions.

“Munyandinda is a dishonest and unreliable witness,” part of the letter reads.

The lawyers explained that the witness provided wrong information on how he departed from Rwanda in 2008 and how he later on reached France.

While testifying before French judges, the witness said he quit Rwanda in 2008 for a government planned assassination mission in Uganda.

However, all travel documents and other communications indicate that he travelled for Masters Course in UK. The documents show he got a scholarship from Rwanda Defense Forces.

Information about his leaving Rwanda for studies was also confirmed by his wife in a testimony.

The lawyers also explained in this letter, that “circumstances of Munyandinda’s arrival in France raise questions about its lawfulness. His motive to testify and whether a third party manufactured this testimony.”

During an interrogation in March 2017, Munyandinda declined before French judges to reveal circumstances under which he reached France and the person who helped him through.

The lawyers understand that a third party is behind his going to France and something was promised to him in exchange to his testimony.

“We regret the absence of any serious enquiry, or even the raising of questions about these issues especially as we know that a number of earlier witnesses received privileged treatment, if not sanctuary, with the support of investigative services. Eg: Ruzibiza, Ruzigana, Musoni and Marara,” the letter reads.

With time, the lawyers said, it was obvious for everyone that testimonies of the aforementioned people were only fraudulent.

A witness in service of Rwandan opponents

Lef Foster and Bernard Maingain informed French judges that the new witness is not acting independently, but is on a mission for Rwanda National Congress (RNC) which includes self-exiled Kayumba Nyamwasa currently carrying on anti-Rwanda propaganda in South Africa.

“For example, elements of Munyandinda’s testimonies appear without his personal knowledge and appear to have been lifted from the previously secretly filed testimony of Kayumba and Gafirita who likewise would not have personal knowledge of the same elements,” the lawyers wrote.

Cases in their testimonies include private communication means of senior officers of RPA Inkotanyi, which they could not access at that time.

The alleged enablers of this mobile phone communication testified and said they have no connection with the matter.

The lawyers indicate that RNC’s Kayumba forged a new witness in the case after failing to get an opportunity to testify in July last year.

Moreover, the new plea to re-open the case is in violation of French’s Code of Criminal Procedures because it comes after the expiry of an appeal(in three months).

“This confrontation is patently unwarranted because of his unreliability, and thus, our clients will not be appearing on 14th-15th December 2017,” concluded the lawyers.

“We reconfirm, and formally renew, our previous request to you to close this file.”