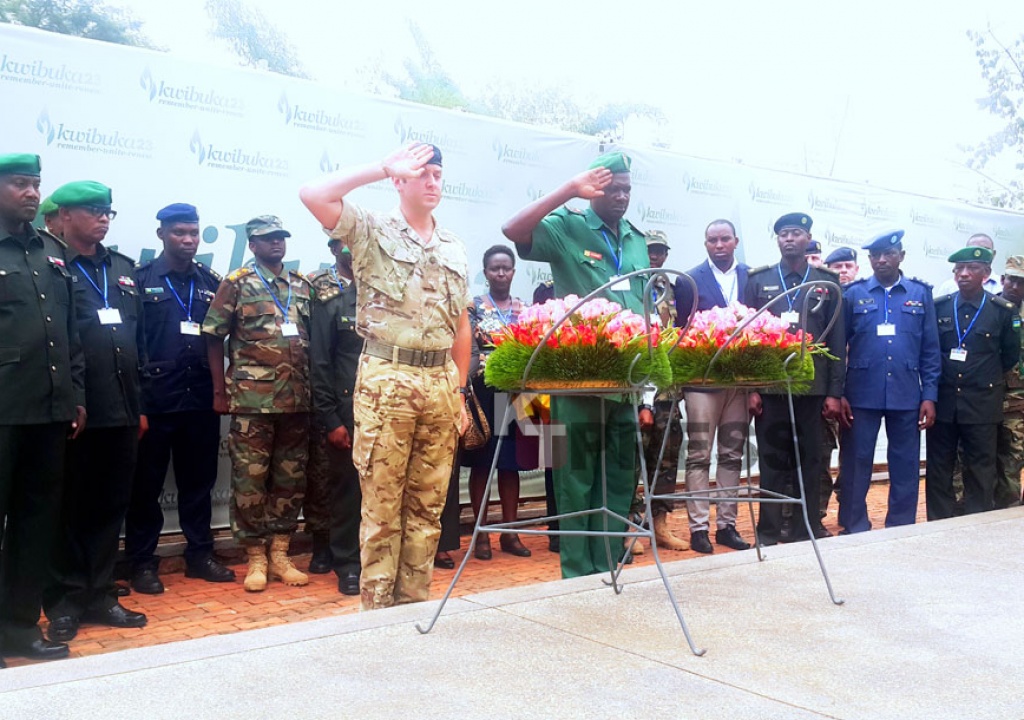 “Rwanda’s history of genocide is reminder to us, especially in my country Uganda that peace should not be taken for granted,” said Maj. Stephen Malinga of Uganda People Defense Forces (UPDF).

Like Malinga, Maj. James Rurangirwa of Rwanda Defense Forces also said that reliving Genocide experience in Rwanda is a chance to reinforce self-sacrifice to champion peace efforts across the globe.

“Looking at where Rwanda came from and the achievements, I realize that it is important to continue the sacrifice to have and export peace to other countries based on your own history,” Rurangirwa.

The trainees from Uganda, Somalia, Tanzania and Rwanda, are undergoing training at Rwanda Peace Academy (RPA) in Musanze district, which kicked off on November 27th and set to end on December 8th.

The course seeks to enhance participants’ knowledge and understanding of the role and conduct of logistics, as part of broader Integrated UN/AU processes on PSO.

The team also made individual donations to the memorial site to support the AEGIS trust. 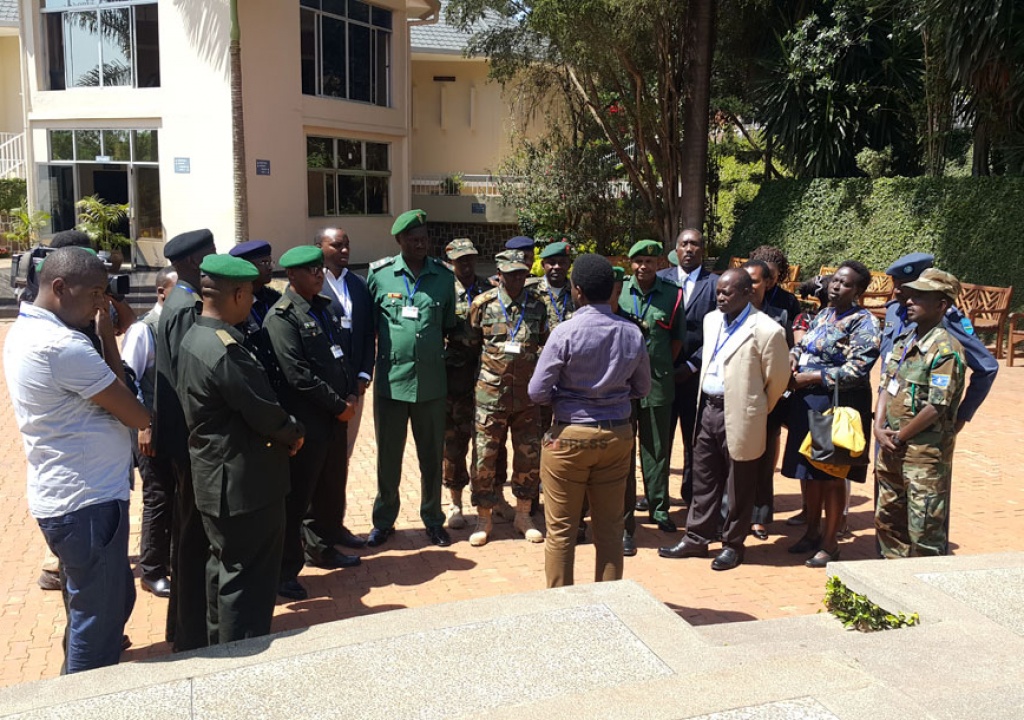 The trainees will next week take on practical measures of implementing best practices and enforcement logistics support during peace operations especially on equipment, mechanical and medical support.

“We are moving into a planning exercise where the trainees will be split in syndicates and given a scenario and will plan for the logistics around that scene,” said Capt. Joe Harris, one of the three British army trainers.

One of the beneficiaries, Janet Komurangwa, a medic at Rwanda military hospital, served as a police advisor in two peace missions in Darfur (2009 and 2015) says the training will improve skills in future missions.

“There is no limitation when assigned during a mission. With such skills I will be more prepared for any responsibilities in logistics support,” Komurangwa said.