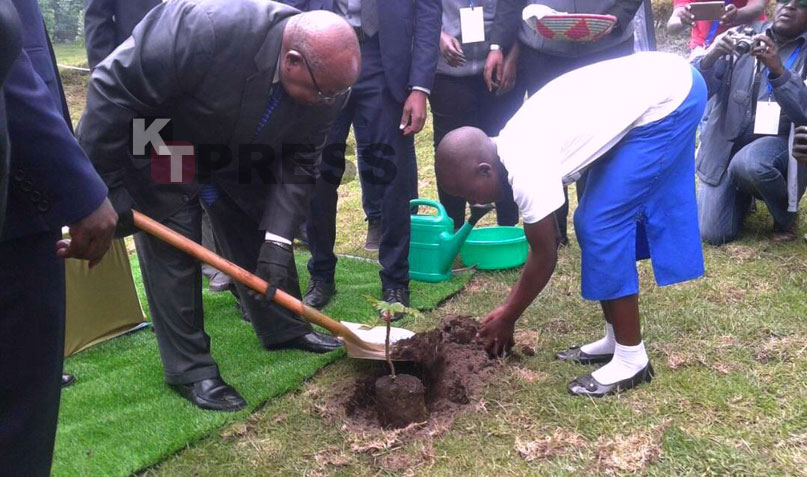 Benjamin Mkapa, Former President of the Republic of Tanzania being helped by a school girl to plant a tree

Benjamin Mkapa, former President of the Republic of Tanzania is glad that Rwanda is taking the lead in Wildlife conservation while parks are being degazetted and downsized elsewhere.

Mkapa is Co-chair of The African Wildlife Foundation (AWF). On Wednesday, he was the guest of honour during an event where AWF was donating 27.8 hectares to Rwanda’s Volcano National Park.

“I am delighted as the co-chair of the African Wildlife Foundation that I participated in the donation of this property to the government that has demonstrated a bold commitment and leadership in conservation,”  Mkapa said.

The park is home to the 540 rare mountain gorillas, an endangered species only available in East Africa – Rwanda, Uganda and the Democratic Republic of Congo.

“Too often, Africa’s leaders make decisions that lead to degradation of our natural heritage and priceless assets, because they lack conservation vision and commitment,” Mkapa said.

For Mkapa, empowering and engaging the communities in the conservation is the future.

“And today, at the time when parks are being degazetted and downsized in Africa, Rwanda is at the forefront of wildlife conservation,” he said.

“This takes foresight and leadership and I commend the Government of Rwanda and most especially, President Kagame.”

Straddling on a 16,000-hectare property in the northern part of Rwanda and haven to the rare and endangered mountain gorillas and golden monkeys, Volcano national park, is now going to be extended to 16,027 hectares.

According to statistics from the last gorilla’s census in 2010, there were 480 gorillas within the Virunga massive and more than 60% of those were in Rwanda.

However, during the last gorilla naming ceremony, RDB said that Rwanda’s Volcanoes National Park accommodates 419 gorillas, and was projecting the number to reach 540 gorillas in the current census to be soon released.

“Today’s donation to the Volcanoes National Park is a major step in the consolidation of Rwanda’s conservation gains for the benefit of communities today and future generations,” Clare Akamanzi, CEO of Rwanda Development Board (RDB) said.

“Through gorilla conservation and tourism, we are directly benefitting from these wonderful animals”.

In his remarks, Benjamin Mkapa said that in the past decades Africa experienced severe poaching crises, which is always followed by loss of park habitat.

This is in addition to climate change which continues to pose a great threat to natural areas.

“What President Kagame has done demonstrates that a country can support a robust economy and good development of infrastructures while also protecting the environment.”

Last year over Frw 531,466, 921 was distributed by RDB to more than 158 community-based projects through the revenue sharing program.

This is expected to increase this year following the Government’s decision in 2017, to increase the revenue sharing program from 5% to 10% of all tourism revenues. 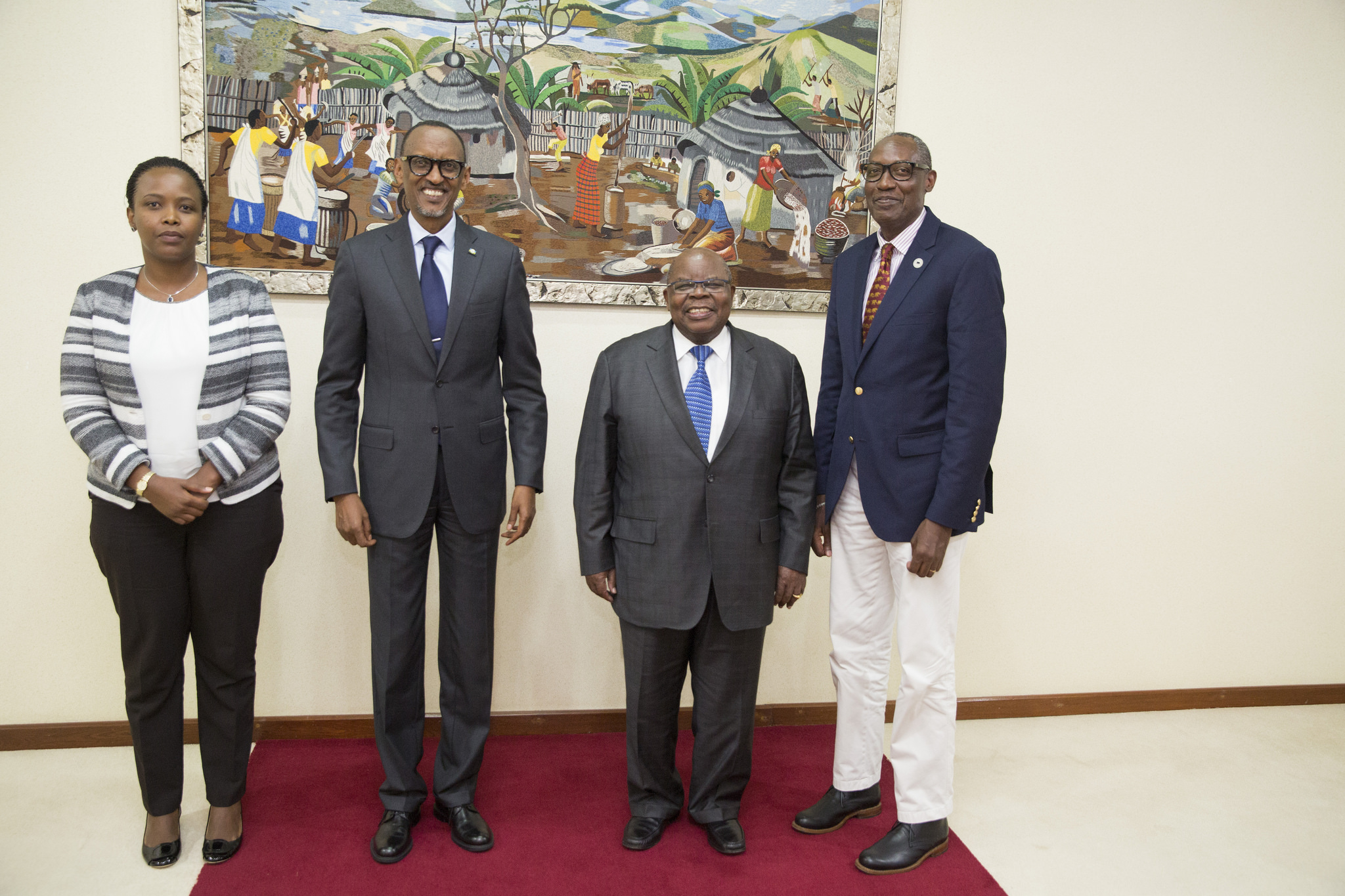 Meanwhile, after hand over of the land to RDB, Mkapa, together with President of Africa Wildlife Foundation Kaddu Sebunya were received by President Paul Kagame at Village Urugwiro.