Junior Traffic Officer Raises Through The Ranks Due to Exemplary Service 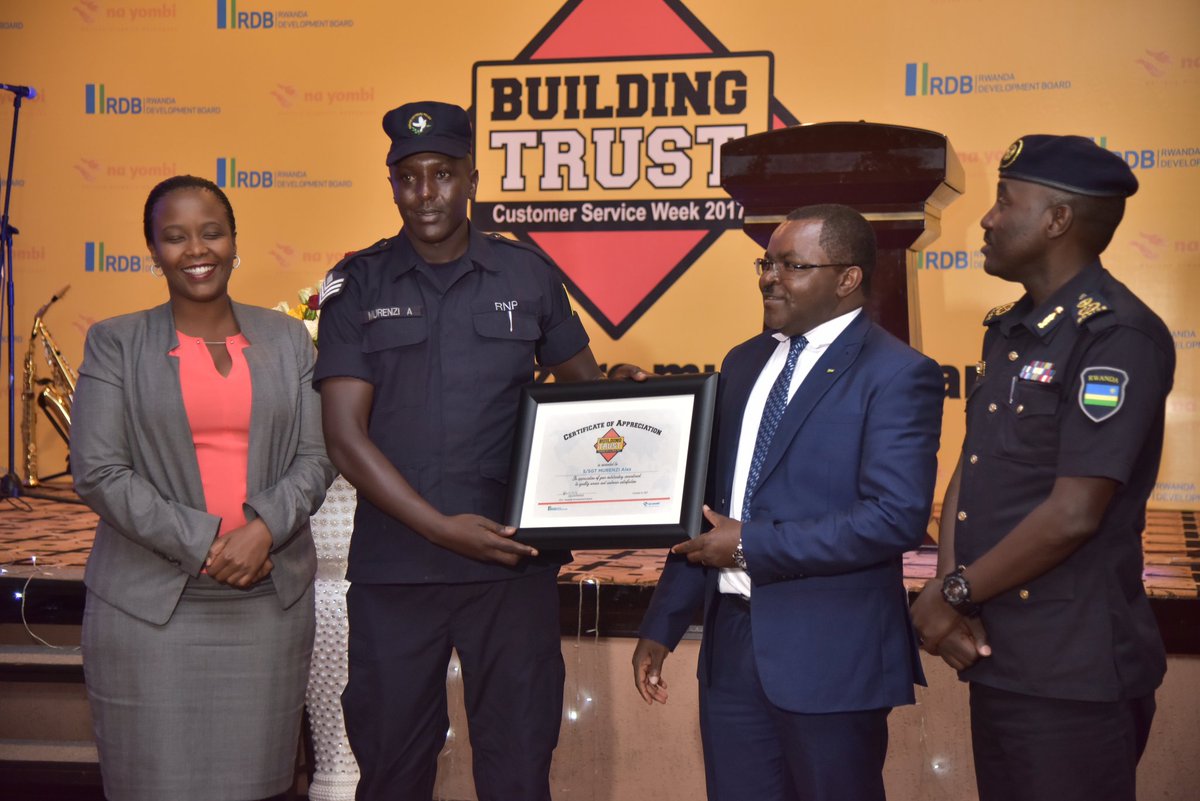 Senior Sergeant of Police Alexis Murenzi, a police officer who was recently awarded for excellent customer care has got another historic reward.

According to a communiqué from Rwanda National Police, President Paul Kagame and Commander-in-Chief of armed forces has promoted 1015 police officers.

All of them were promoted to the next rank, except Senior Sergent of Police Murenzi who skipped the rank of Chief Sergeant and was awarded Assistant Inspector of Police (AIP), a rank that was awarded to six police officers in total.

But why did Commander-in-Chief of armed forces decide to make Murenzi an exception?

Commuters who use the Kimihurura  –  Kigali International Airport highway – Gishushu junction have for a couple of years seen Murenzi while on duty.

He is reported to be devoted to his work at this very busy junction. He has exceptional techniques in avoiding traffic jam which is likely especially during rush hours.

Others also say the way he handles road users is amazing. He can manage to greet 80% of commuters at Gishushu.

In October 2017, Rwanda Development Board (RDB) whose office is adjacent to Gishushu junction  awarded Murenzi a certificate of Customer Service Championship amidst cheers from the audience at a gala dinner in Kigali.

No wonder, Akamanzi has for sometimes observed this policeman either while reporting to work or from her office which overlooks the Gishushu junction.

But other officials also who use this highway already know the good service of Murenzi.

Surely this police officer AIP Murenzi deserve to be awarded As
The Most committed, disciplined and charismatic officer in the police that I have never see anywhere, I can even give my own testimonials about him. Keep it the work man. You deserved it