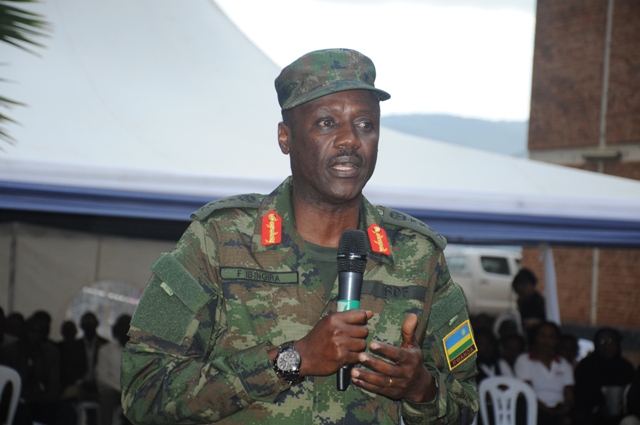 President Paul Kagame and Commander-in-Chief of armed forces has promoted Lt. Gen Fred Ibingira to the rank of full General.

Ibingira has been the Chief of Staff – Reserve Forces. This means Gen. Ibingira has endured 27 years of service to earn the army’s top rank since the 1990’s Rwanda Patriotic Front (RPF/A) struggle.

In a communiqué signed by RDF Spokesperson, President Kagame also promoted Maj. General Jacques Musemakweri who is the Chief of Staff of Land Forces to the rank of Lieutenant General. 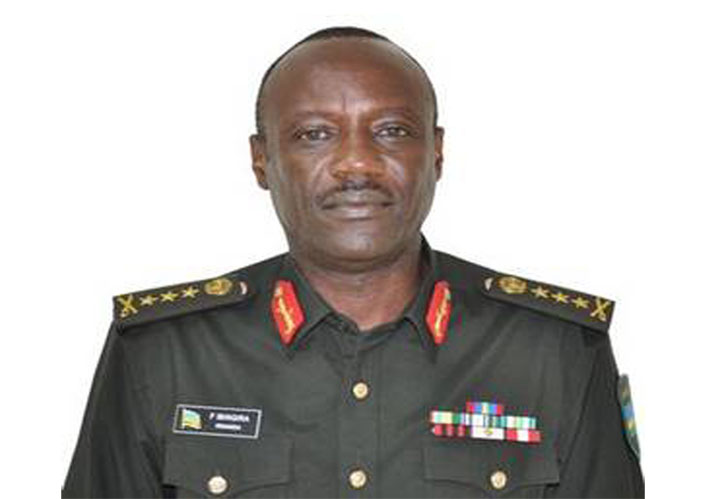 Also, twelve Brigadier Generals were promoted to the rank of Major General. These include Brig. Gen. Charles Karamba, the Chief of Staff – Air Force.

Who is Gen. Fred Ibingira?

Lt Gen Fred Ibingira was born in 1964 in exile in Uganda. He was educated and completed Ordinary Level at Gisozi Senior Secondary School in Uganda.

Gen Fred Ibingira has held various military appointments with the following as his main career highlights:

During liberation war; he served as Deputy Battalion Commander Task Force A in 1990;

In 1991, Battalion Commander A Mobile Force;

From 2003 to 2010, Division Commander 1Div. a post he held until he was appointed Reserve Force Chief of Staff.

Gen. Ibingira is married to Marie Claire Munganyinka with whom he has three children.

Congratulations to Gen Ibingira
My Gen sir you deserve it.

That is true Buchanan