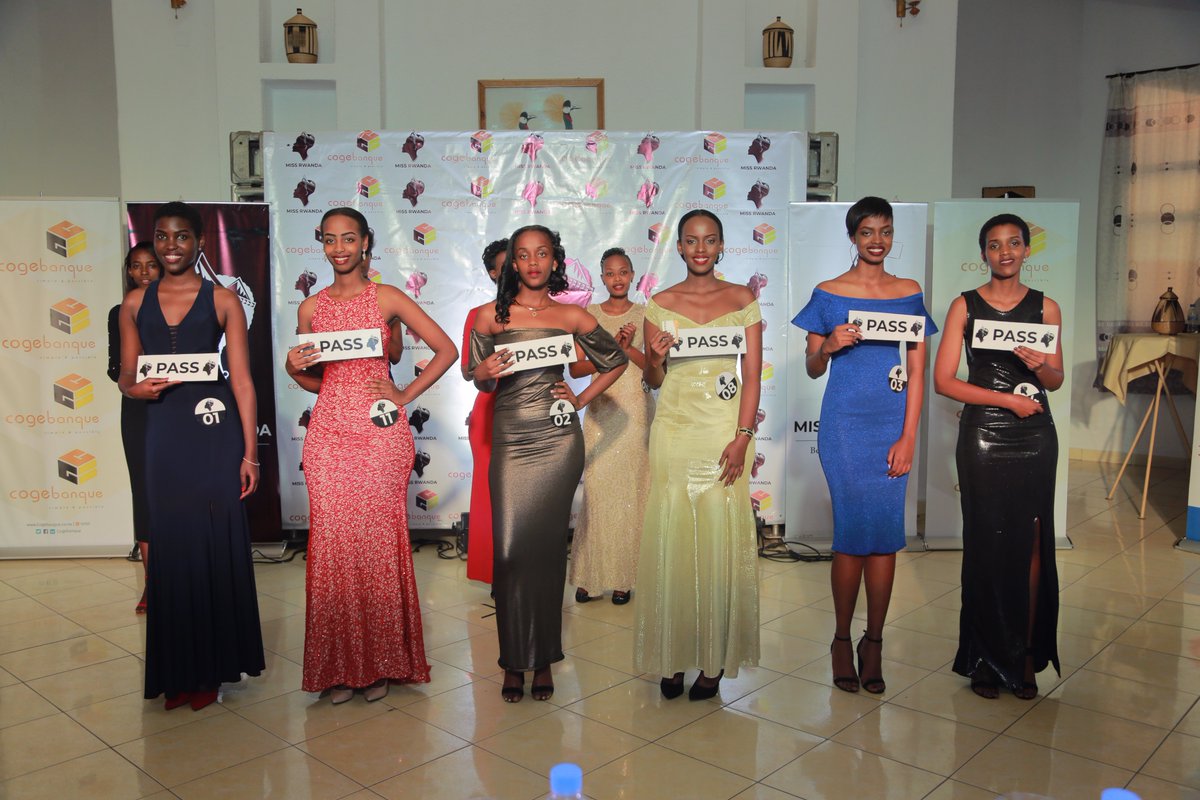 Miss Rwanda 2018 audition has started at Musanze district in a tight competition where contestants seek to win a 12 month juicy salary and a brand new car on top of other prizes.

On Saturday morning, 13 girls at Musanze, the district neighboring volcano national park prepared their best dresses and headed to La Palme Hotel where selection of the best six candidates who will represent the Northern Province took place.

They applied all the ingredients that sharpen Beauty, Brain and Culture, the three key criterias of selection.

Three panelists introduced the event by measuring height and weight of the contestants.

This test was followed by a Question and Answer session where each girl had to answer questions related to current affairs –use of Kinyarwanda language, national policies, culture and beauty.

The questions aimed at examining the general knowledge of the girls.

At the end of the screening and tests, six girls were selected out of the 13 contestants.

According to Dieudonnée Ishimwe, the CEO of Rwanda Inspiration Back up which organizes Miss Rwanda, “the Miss Rwanda audition will select 30 contestants against 25 in previous years.”

The National registration for Miss of Rwanda 2018 deadline ended on Saturday January 13th . Over 200 girls have registered for the beauty contest.

Meanwhile the finals for Miss Rwanda 2018 will take place on February 24th at at Radisson Blu and Kigali Convention Centre.

Last year Iradukunda Elsa from the Western Province successfully snatched the Crown from other 15 contestants hence qualifying for the 2017 Miss Rwanda tittle.

Speaking to the media after her victory Iradukunda Elsa said that the only trick she used to out compete others was through “Prayer”.