Rwanda admits that tangible progress has been made by the African Union member states to contribute to the funding of the continental body’s operation, but insists ‘a lot still needs to be done’.

In July 2016, during the African Union Summit in Rwanda’s capital Kigali, a decision was taken on the financing of the African Union, where each member state agreed to deduct 0.2% levy on eligible imports to fund the AU.

Each member state was tasked to open a special account for the funds in Central Bank.

Eighteen months later – as of December last year, Rwanda and thirteen other countries had already opened an account with funds directly deposited to the accounts.

Moreover six more countries are already collecting money for that cause, bringing the number of countries that have complied to 20.

AU had set target to generate $1.2 billion from this levy at the end of last year.

Speaking at a meeting of 10 Finance Ministers of the AU member states tasked to follow up on the implementation of the levy, Rwanda’s Finance Minister Ambassador Claver Gatete said there is a need for more efforts to push countries to implement the decision.

“Let me emphasize that we are not here to debate the decision of the Heads of State and Government but rather to discuss how to implement that decision taken in July 2016 on the financing of the African Union,” Gatete told fellow Ministers.

For decades, AU has been struggling to meet its expectations due to reliance on donor aid that sometimes was given with conditions. 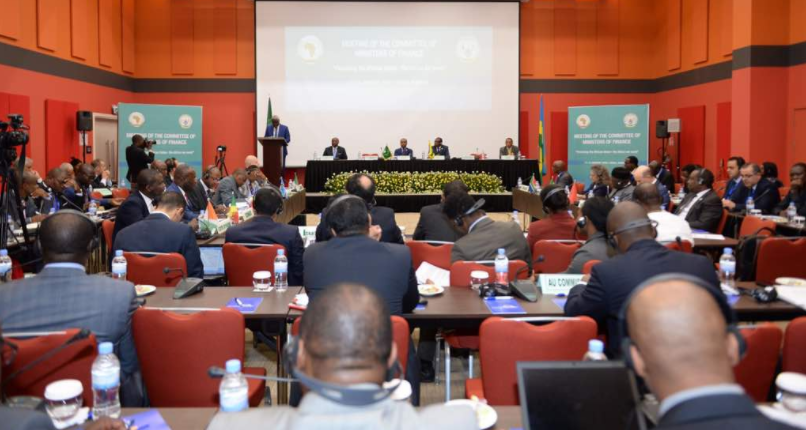 The meeting of finance Ministers which lasted for three days from January 11th, has been reviewing the progress made in the implementation of the Decision of the Heads of State and Government of the African Union.

The F10 will consider and adopt the technical documents that have been developed pursuant to recommendations. It will also review draft decisions to be presented to the Assembly of Heads of State and Government later this month in Addis Ababa, Ethiopia.

“We are all strong supporters of achieving sustainability of financing our African Union, and I strongly believe that the outcome of this meeting will constitute another significant milestone in that direction,” Minister Gatete said.

The ‘F10’ chair, Abdoulaye Sabre Fadoul reminded the meeting that AU continued heavy dependence on external partners for funding is unsustainable thus the Union requires adequate, reliable and predictable resources which remains paramount to the implementation of its programmes.

“The Kigali Decision of July 2016 taken in this very Convention Centre, to institute and implement a 0.2% Levy on all eligible imported goods into the Continent, was intended to address these challenges,”Fadoul said.

“It is my hope that we the F10 countries will set the pace and lead from the front on the implementation of the levy. We are also aware that the African Union is undergoing reforms led by the President of Rwanda H.E Paul Kagame and the success of the process depends on the support accorded to it by the Finance Ministers.”

The F10 is comprised of 10 countries representing five regions of the African Union including: Chad and Congo for Central bloc, Ethiopia and Kenya for East Africa; Algeria and Egypt represent the Northern bloc, while West Africa is represented by Ivory Coast and Ghana while Southern Africa delegated South Africa and Botswana.