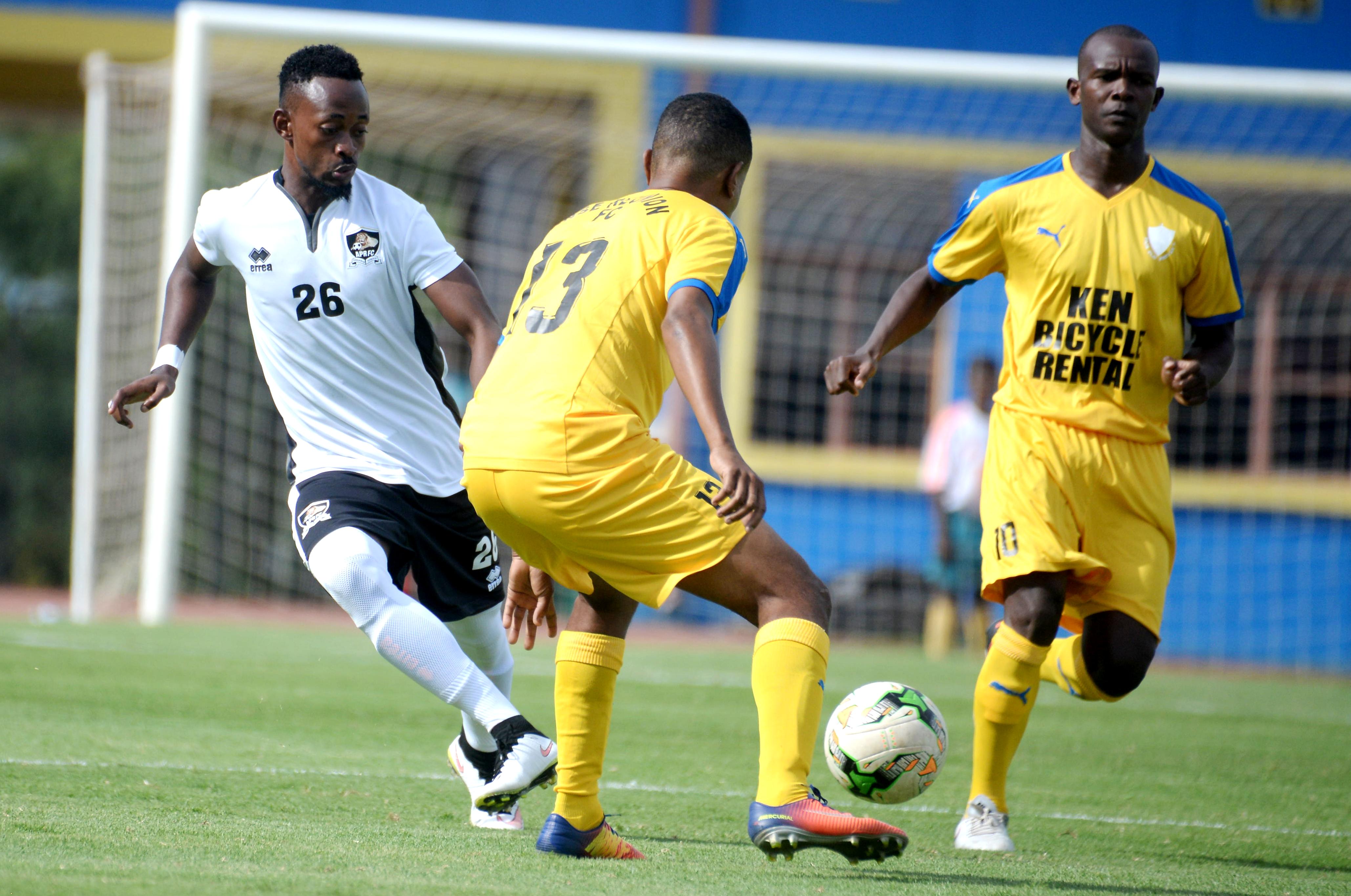 APR Fc striker Issa Bigirimana seen in the first leg against Anse Reunion in which he scored a goal. Bigirimana was on target again as APR Fc defeated Anse Reunion 2-1 in Victory on Tuesday. Courtesy Photo

Rwanda representatives in the CAF Confederation Cup APR Fc edged Anse Reunion Fc 2-1 to progress to the round of 1/16th final with a 6-1 goal aggregate.

In the return leg of the CAF Confederation Cup preliminary round played in Victoria city on Tuesday afternoon, the military side came from behind after suffering a first half 0-1 defeat to snatch two goals in the second half scored by Herve Rugwiro and Issa Bigirimana.

The away 2-1 win added to their 4-0 home win secured earlier this month in the first leg to sail through with a comfortable 6-1 aggregate win over the Seychelles representatives.

APR Fc, Peace Cup holders, will now face Malian side Djoliba Fc who are already qualified to the 1/16th final after their opponents Elwa United withdrew from the competition due to financial constraints.

The APR Fc and Djoliba tie will be played in March with the first leg scheduled for March 6-7 in Mali while the return leg will be staged in Kigali in the weekend of 16-18, 2018.