Some schools could have borrowed a verse in the Bible which encourages to ‘Train up a child in the way he should go; even when he is old he will not depart from it.’

It is possible that none-Christian schools could have got this inspiration, from another source.

A look at schools across Kigali, you cannot miss to notice messages spread on boards in the school compound and any assembly point.

‘Hard Work Pays, Avoid Trespassing, Kindness is more persuasive than force…’ are some of the messages your child will most likely be exposed to, on a daily basis.

KT Press’ camera lenses captured some of such messages, and from educationists, we have learnt that in fact, parents should not take the messages for granted.

Their point is that the messages instill good behavior among the students and are likely to stick in their mind and shape their character when they grow up.

“I remember when I was still in seminary school, there was a Latin message Vos autem videtis hora nescio tua that is still guiding my life,” said Professor Laurent Nkusi, an educationist, now a member of parliament.

Nkusi said, the message was translated as; “You see the time, but you don’t know your hour”. It was written on a clock where we used to go and check time.”

In real life, said Nkusi, the message behind this was that “you should always be prepared because you do not know when you may die. So, better be always ready so you don’t go to hell when you die.”

He says the message is valid for those who believe in resurrection and heaven as a reward to those with good deeds and hell as a punishment with wrongdoers. 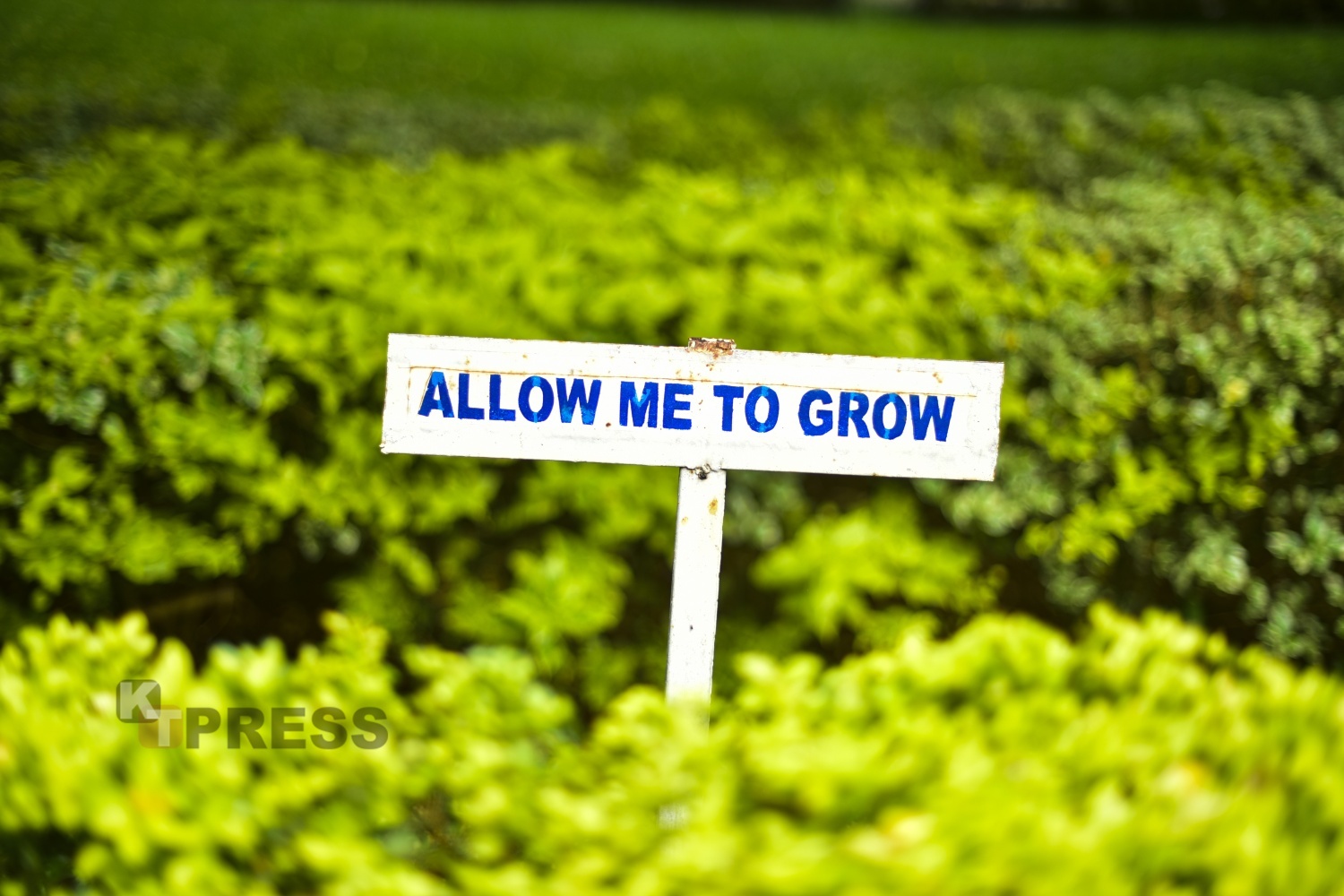 However, there are many more messages that guide students into rational real life and are not necessarily religious leaning.

Kigali Parents’ School, a Primary School located in Gasabo district is keen to such messages.

The messages cut across components and disciplines of life, from hygiene, environment, child rights, politeness, school performance to mention but a few.

At Kigali Greater Heights School, another primary school in Ndera Sector, Masoro Cell, such messages are taken very much seriously, more like a program on curriculum. 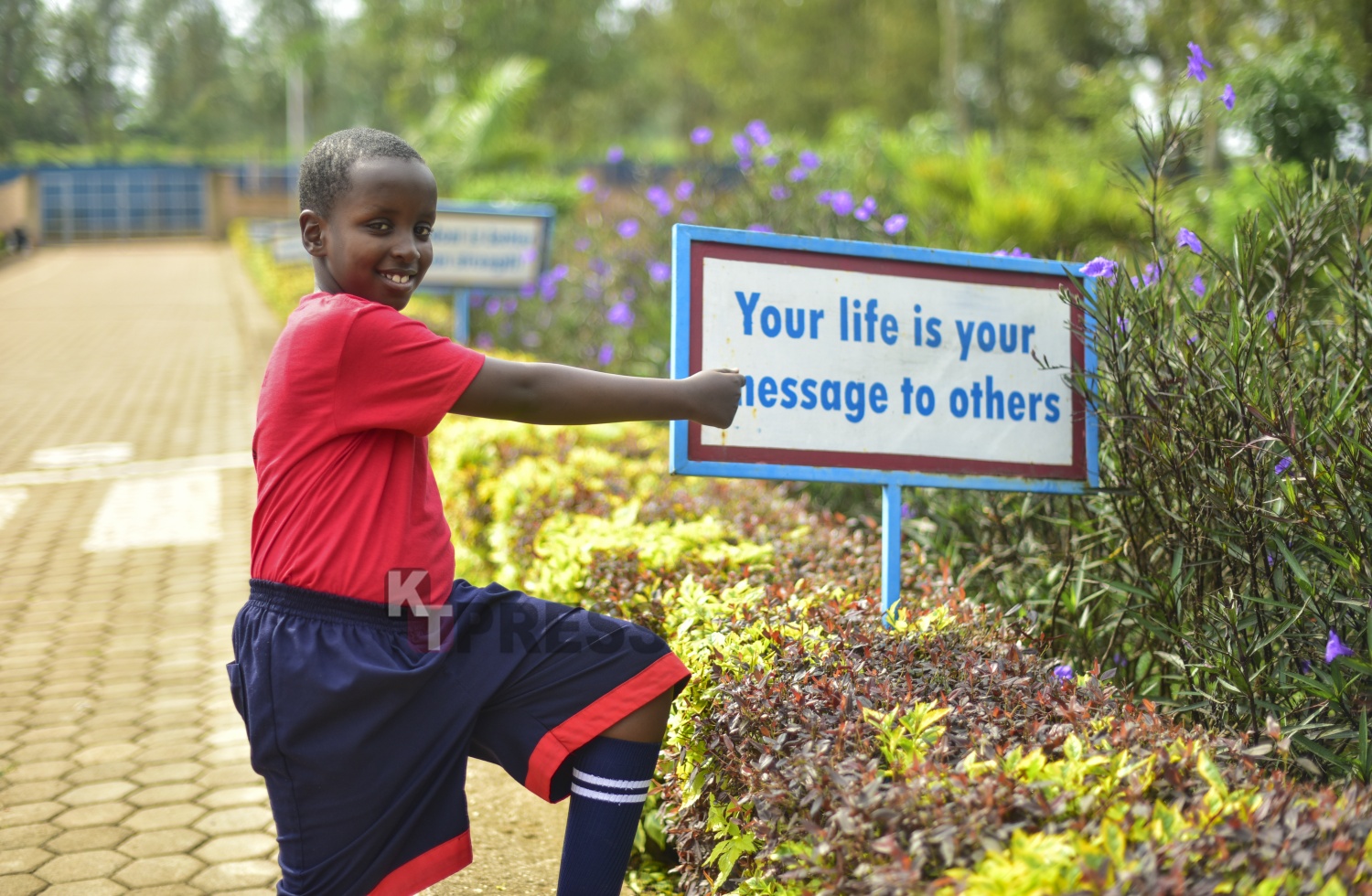 From the gate, you are exposed to several messages, with sentences that are much longer compared to their neighboring schools.

“Excellence is not an act but a habit – education is not preparation for life, education is life itself…” are some of the numerous messages at the school.

“We want to instill smartness spirit in the life of these children; smartness goes beyond school knowledge. We want children to apply this knowledge in real life.”

Kigali Greater Heights School even goes an extra mile. According to Mugisha, the school has sessions where children learn about people who solved specific problems through science or other disciplines; like Isaac Newton, Alfred Nobel, just to tell them that after class, real life to serve community starts.

At the school, you will see in every classroom a school motto, slogan, mission and vision, and on blackboard, a biblical verse of the day.

Kigali Greater Heights School would even want the children to wear a particular message that intends to instill spirit of competition.

Their sportswear is in four colors; Yellow, Green, Red and Blue.

Every color corresponds to an Israeli family; Dan, Reuben, Ephraim and Judas, all in the name of competition. 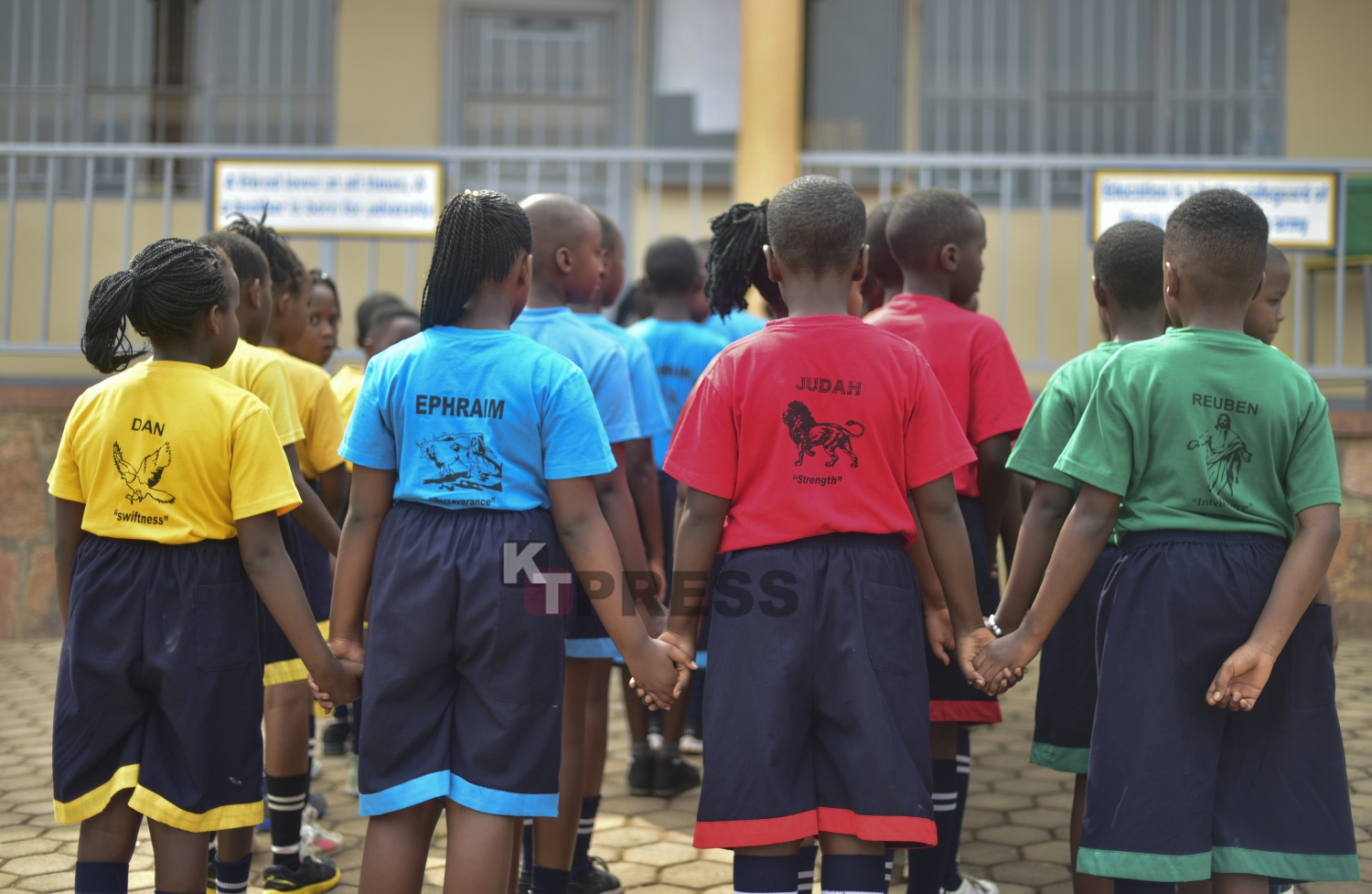 Meanwhile, messages that schools want part of the children life, are not a particularity of Kigali. Even schools upcountry also have ways they pass messages to students.

According to Abel Ntawigira, Director of Masagara 12Year Basic Education in Musange sector, Nyamagabe district, “ours intend to among others; enforce hygiene, remind them to wear uniform every time they come to school, keep shoes on.”

While it may not be an issue to remind a child to put on shoes in town, the upcountry schools have to enforce this, given the country history where wearing shoes for school goers was rather prohibited.

“Some messages are prepared by school clubs; a hygiene club would prepare a message on hygiene, human rights club – message on child rights, to mention but a few,” Ntawigira says. 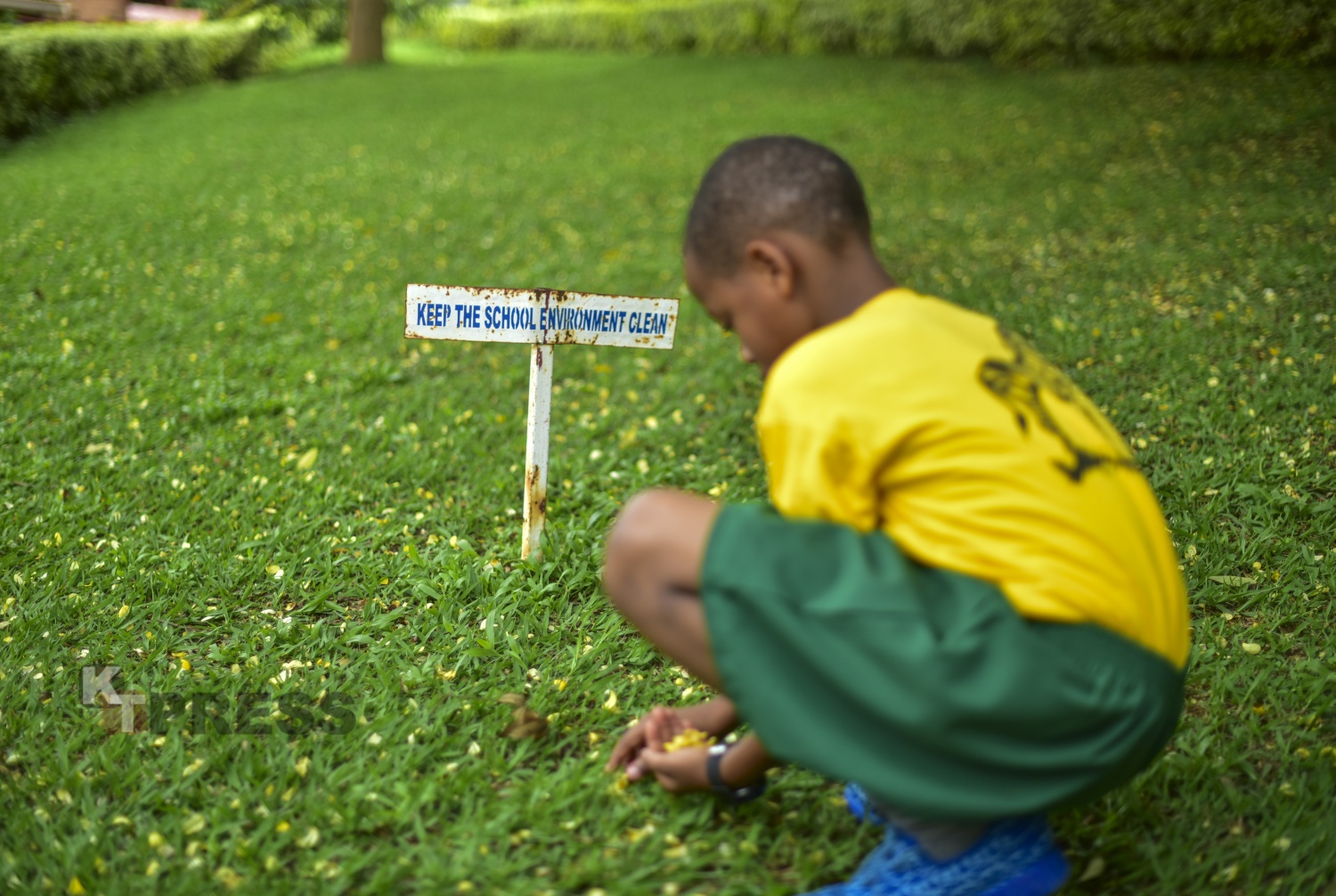 According to Professor Nkusi, “provided that the messages are not so many and thus confusing, they will serve a child in real life.”

“The point is to make sure that the messages have become part of the life for students before replacing them,” says Mugisha who believes that if the two intakes that sat the national exams at his school all passed in first division, it is partly due to the messages. 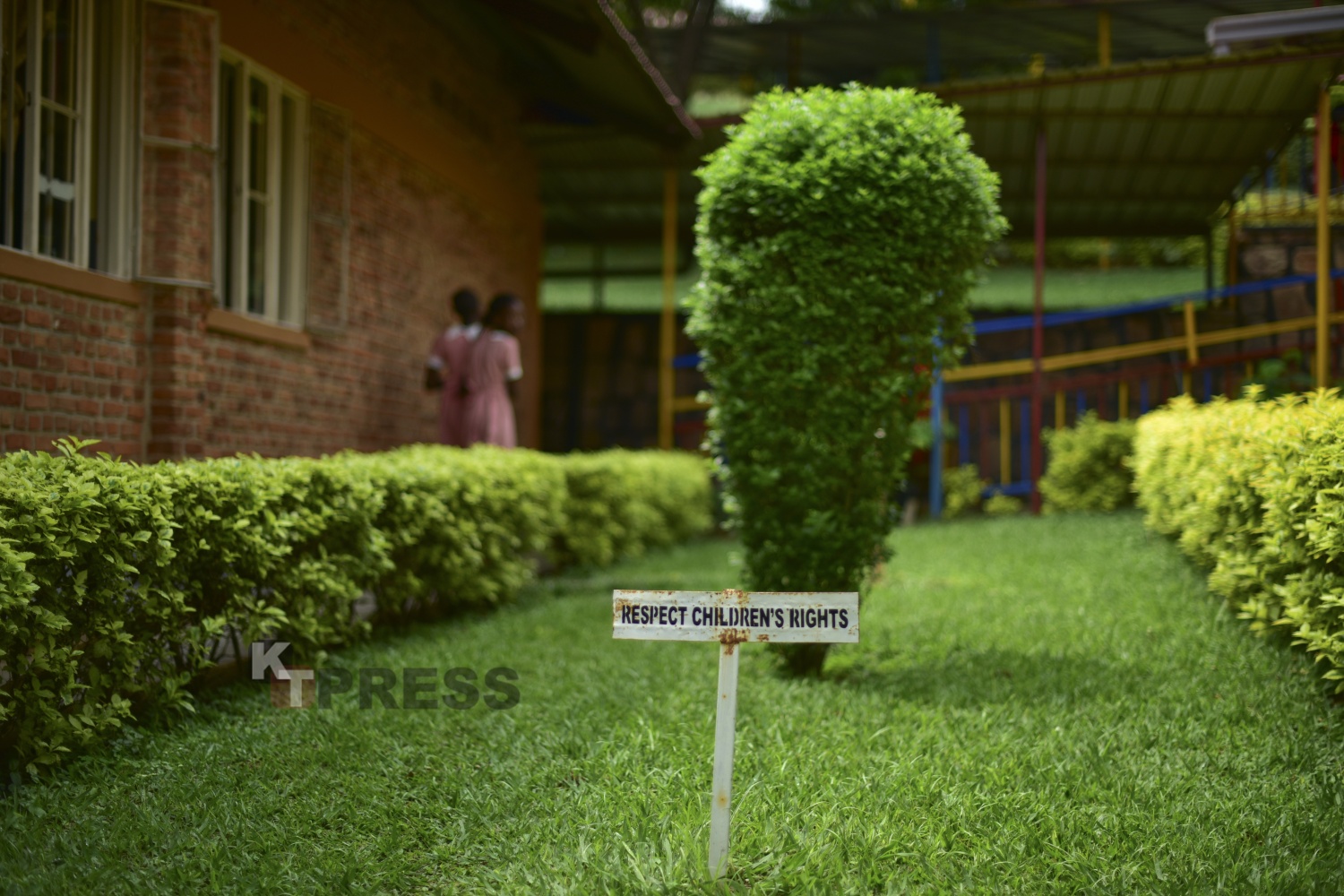 For them, their method is to talk about some messages during the morning assembly where school shares some principles with children before they start a busy day.